Exciting Onyekuru gaining traction under Kovac ahead of the new season 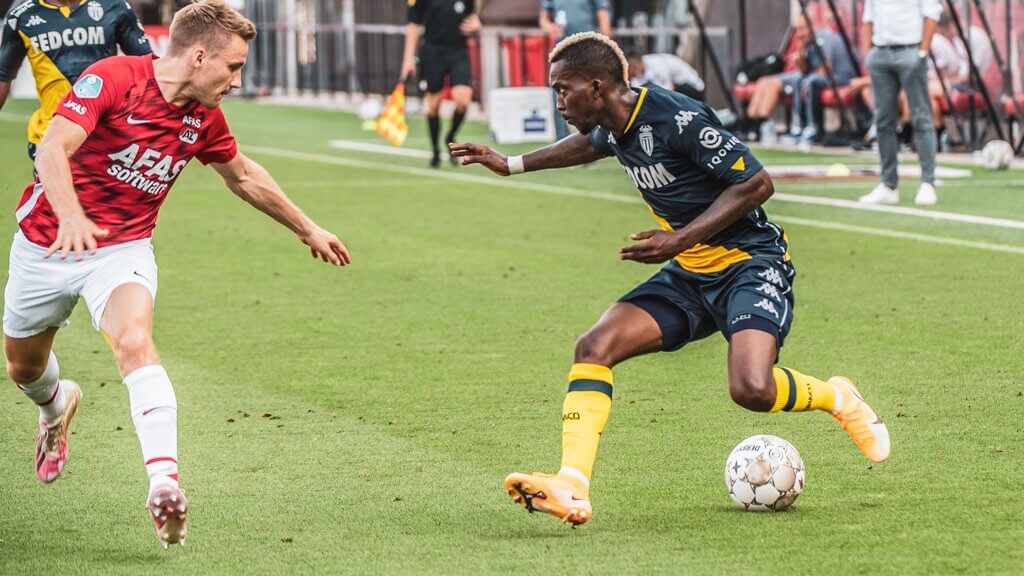 Despite Henry Onyekuru’s first year with AS Monaco not going to plan, mostly due to reasons beyond his control, the Nigerian flyer looks set to be well and truly in new manager Niko Kovac’s plans.

Joining the Monegasques outfit for £12 million from Everton in August 2019, where he didn’t feature courtesy of not fulfilling work permit requirements, excitement was aplenty that he’d come in and have a real impact. But with fierce competition for places in attacking areas from the likes of Wissam Ben Yedder, Islam Slimani, Keita Balde and Gelson Martins, in combination with Monaco’s poor form and Leonardo Jardim’s system not suiting him, he struggled to get a look in.

So, after only mustering four appearances totalling 160 minutes of action for Monaco, he moved to Galatasaray on loan, where he’d enjoyed an outstanding season on loan in the previous campaign on his way to playing an integral role to Gala winning the title.

Unable to replicate his form from his first stint in Turkey, he returned to Monaco for the start of the 2020/2021 crusade with a strong determination to stake his claim for a spot in Kovac’s team. “I have been with players like Keita Balde from my days at the Aspire Academy, Cesc Fabregas is a top guy, who welcomed me when I arrived at the club, it’s like going back home,” he said.

“Monaco are a big club, they know how to work with their players when it comes to transfers, just look at Anthony Martial. I hope to have a good season or two and hopefully the future will be bright.”

In Monaco’s recent 2-0 friendly win over AZ Alkmaar at the weekend, the 23-year-old did his chances no harm of starting the season opener next weekend with a sharp performance. From his left wing berth, his electric movement gave him a fantastic platform from which to impact proceedings heavily.

Parlaying his wicked acceleration and searing pace with his ability to expertly time and direct his runs in behind, this ensured he constantly found openings to impose himself on the Dutch team. Adding width and depth to attacks, this effectively meant he could stretch AZ’s backline both horizontally and vertically to produce disconnects.

Awake to exploit the blindside of his marker at every available opportunity, when the ball was on the opposite flank or central, he’d embark on runs as his opponent’s stance was ball facing. This consequently gave him a dynamic advantage over Jonas Svensson, allowing him to use his forward facing posture to get the jump on his marker. Time and again, as can be seen in the graphics below, he surged upfield with lethal diagonal out-to-in runs to provide a viable deep option.

In addition, if he chose to solely hug the touchline, this meant he was a wonderful option to receive switches of play so he could be isolated vs. his tracker, where he could use his skills and explosiveness. Moreover, another byproduct of staying wide was that fullback, Fode Ballo-Toure, could make underlapping runs to give some variety to attacks.

In slower methodical build up, Onyekuru picked his moments when to drop deep to manufacture 4v3 or 3v2 overloads. From here, he could then find third man runners or use the overload to beat the press, as his interactions with his nearby colleagues in Aleksandr Golovin and Ballo-Toure often bearing fruit in manipulating AZ’s wide setup.

The way he pinned and drew markers out of shape, plus executed the odd neat rotation with striker, Ben Yedder, amplified his nuisance and unpredictability.

Indeed, his smart interaction with Ben Yedder prior to Monaco’s opener served as the testament to the afore. In this instance, Ben Yedder pulled wide to open room for Golovin’s run as Onyekuru then tucked inside. The infield pushing Nigerian then delivered a masterful through ball into the Russian’s path who applied a super finish.

Further positivity could also be drawn from his mazy dribbling, which included some smooth feints, body swerves and stepovers. And also his crisp passing, where he struck one particularly special outside of the boot through ball to Martins, and combined neatly in close quarters with his back to goal.

Image 11 – Marvelous outside of the boot through ball

Drawing praise from his Croatian boss after the match, Onyekuru cut a content figure in his post-match comments. “I am very happy to come back here to Monaco. I hope we will continue to work well and get to the top,” he noted.

“It was a good game with a great team. We played well, we pressed hard until the last minute. We deserve the victory and we have it, that’s good”.

Showing so much promise and quality going forward to inspire Les Rouges et Blancs, the quicksilver attacker’s clearly enjoying working under a manager in Kovac who trusts and believes in him.

As the new term is about to get underway, Monaco fans will be eagerly tracking Onyekuru’s progress to see what sort of impact he can have under Kovac’s tutelage.

Only time will tell how he fares long term, but the signs are certainly looking encouraging at this stage.