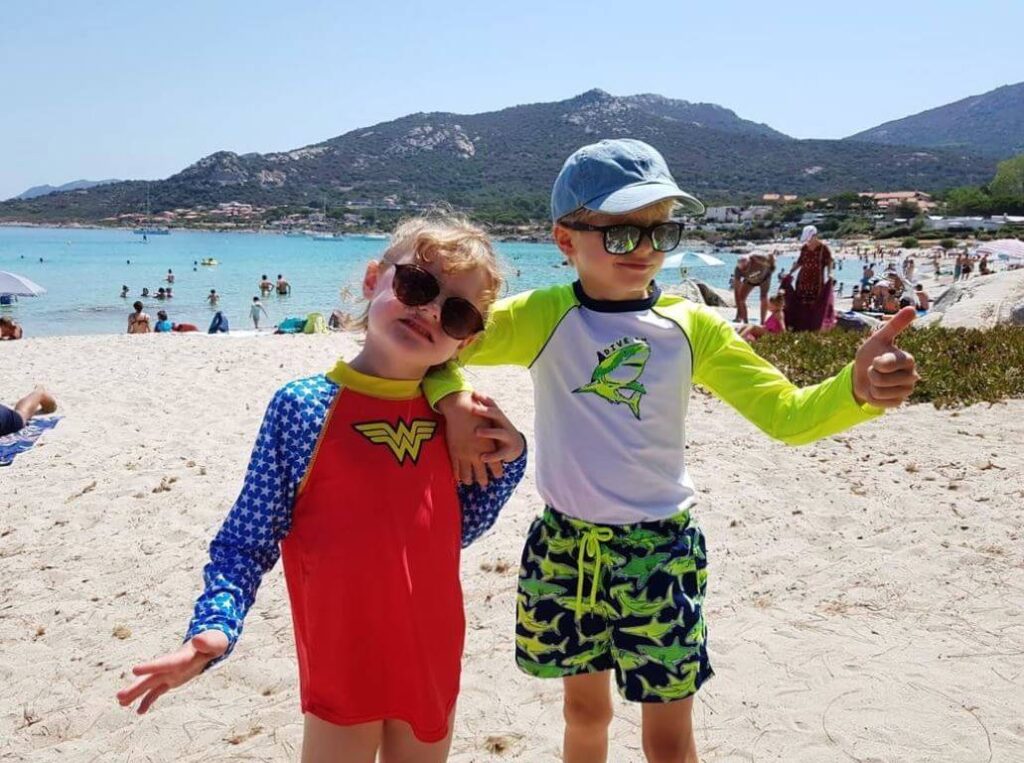 Princess Charlene of Monaco shared on Instagram a photo of her and Prince Albert II’s adorable twins Princess Gabriella and Prince Jacques having a wonderful time in the sand in Corsica.

The five-year-old duo sported trendy sunglasses. Hereditary Prince Jacques gave a big thumbs up as they grinned for the camera. The photo was posted on July 31 on the Instagram account of their proud mother, Princess Charlene of Monaco, with the caption “Happy Holidays”. The princely family of Monaco is on their extended holiday to Corsica. They holidayed on the mountainous Mediterranean island several times over the years.

Prince Albert’s wife is enjoying a few days holiday with her children, between two training sessions for charity race called “The Crossing: Calvi-Monaco Water Bike Challenge“. The water bike event will start on September 12th. More recently, her Foundation has also launched a new digital campaign to raise public awareness of the risks of drowning.