Weston McKennie an exciting transfer target for AS Monaco 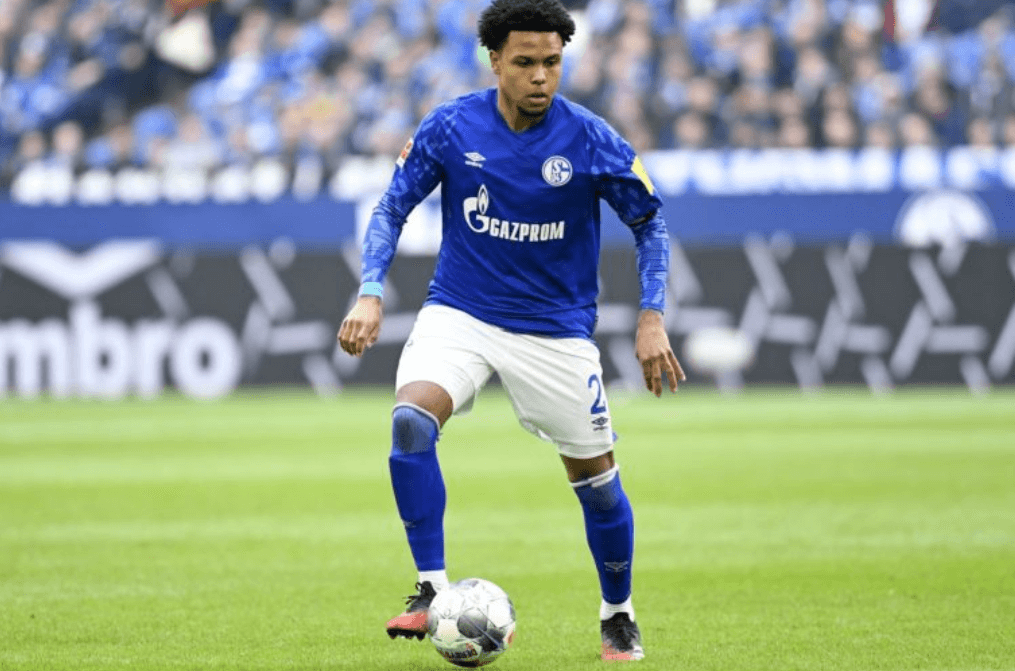 Weston Mckennie’s emergence as a transfer target for AS Monaco has come as an exciting piece of news for the fans this week, for his energy, intensity and leadership would complement their technical midfielders brilliantly.

Having been one of Schalke 04’s stars this season, in a campaign where they started brightly before finishing horribly by failing to win none of their last 16 outings, McKennie rarely failed to disappoint. Tenacious, determined and boasting a fantastic attitude, the American international impressively remained steadfast in his commitment to get Schalke back on track. Even if his efforts were often in vain.

A standout throughout and especially during their fruitless run home, it was notable how his strong character saw him keep pushing himself and his colleagues, as he showed admirable leadership qualities despite being aged only 21.

Upon factoring in the tireless central midfielder’s reported desire to leave and Schalke’s want to cash in on the starlet, and it’s understandable that he’s attracting interest from all over Europe. Moreover, if reports are to be believed that Schalke are after a very reasonable €23 million, and this makes the deal even more appealing.

With so many quality clubs interested aside from Les Monegasques, including Leicester City, Chelsea, Everton, Southampton, Wolverhampton Wanderers and Hertha Berlin, the race will be fierce for his signature.

Considering his age, the plentiful playing time he should be granted and how familiar new Monaco boss Niko Kovac is with him courtesy of his time managing in the Bundesliga, this should enhance Monaco’s prospects of getting him.

A player who brings so much physicality, aggression and bite to the table defensively, Kovac would relish having a midfielder like McKennie in his ranks. Ferocious and relentless in his pressing, he ensures his targets are put under huge duress, which forces them into errors or unclean actions. By curving his pressing to shut off passing lanes behind him, this further compounds issues for the ball holder by minimising their options.

It’s crucial how he responds to triggers to ramp up his harrying like if an opponent is about to receive a pass in a wide area, with their back to goal, in an open body shape or if the ball is underhit. How he counterpresses quickly when possession is lost enhances his side’s chance of regaining possession high up so they can attack again swiftly and put their opposition on the back foot.

His anticipation skills transfer over neatly to when he applies interceptions and tackles, for he challenges with authority and conviction to stop attacks. Although he usually exercises fine judgement and decision making, his overzealousness can lead to him giving away rugged fouls and being carded. But this combative intent isn’t that negative, as it’s been endearing to see his fearless approach to nullifying his foes, which must inspire teammates to follow suit.

Very proactive and keen to impose himself on his enemies, McKennie’s vigour generates vital perceived pressure too, an aspect that leads opponents to second guess themselves and heightens their capacity to make errors. In cases when he’s needed to drop back and support the defence, plus track runners into the area or organise himself into a deep or mid block along with his colleagues, he’s done so in a spirited, team first manner.

Another area he catches the eye in is his aerial ability. Standing 184 cm tall and blessed with a soaring leap, the Texan destroyer predicts the ball flight cleanly before rising powerfully to attack the ball. Whether from open play, goal kicks, corners or any set piece situation, he acquits himself strongly to clear danger and win duels.

McKennie’s a handful on the offensive end too, where his running power, intelligent timing and ever improving technical qualities have seen him pose quite the threat.

To start with his movement, and the former Dallas FC starlet’s penchant for embarking on scintillating runs into the box from deep is a massive asset. Timing his bursts to perfection to take advantage of spaces between defenders who are preoccupied or caught ball watching, McKennie sharply spots when to make his move. Waiting to see when a teammate has their head up on and is set to find him on their preferred foot, how he picks his moments has been impressive.

Arriving late into the area while often exploiting the blindside of markers and coordinating opposite movements with a forward, this means he can ghost upfield unimpeded to get into dangerous scoring locations. Giving his team an extra dimension going forward and an air of unpredictability, this feature of his arsenal is an undoubted highlight.

Meanwhile, in more methodical build up passages, the American’s shown his knowledge of where best to position himself to generate overloads or occupy excellent areas to progress moves. This has seen him find space between the lines, in the half spaces, plus help manufacture overloads, open pass lanes or contribute to finding third man runners.

When it comes to his exertions with the ball at his feet, McKennie’s involvement has offered much positivity. Carrying the ball upfield with purpose and dynamism, the USA international’s demonstrated how effective his dribbling can be. Making the most of any opportunities to drive ahead and lure out pressure before finding a free man ahead or to challenge opponents 1v1, markers find it difficult to stop him in full flight.

Capable of outfoxing opponents with razor sharp changes of pace and direction, feints, shoulder drops or shimmies, and this adds to his worth. In addition, how he remains marvelously balanced and can ride challenges due to his core and leg strength is another bonus. With much scope for improvement in this area like in his first touch and control, it’ll be intriguing to see how far he can fine tune this compartment, for if he can, he’ll be an even more fearsome force to be reckoned with.

Accompanying the aforementioned with his competent passing, this has seen McKennie capable of keeping things ticking over in midfield, as he connects and links play soundly. Although this isn’t his strongest suit, there’s been many instances where he’s broken the lines, slid in measured through balls and combined neatly in close quarters.

“He’s a top lad, a dream to work with,” Schalke manager David Wagner recently told Joseph Lowery of The Athletic.

“He has a great mentality, a very good attitude. He’s a very powerful player, a strong player who can play box-to-box. A player who is very strong in the air, even if he isn’t the tallest. The pace is good and he can shoot. He has a fighting gene and a fighting spirit which is always great to see.”

Considering the stage of his career he’s at and his characteristics, it’s easy to see why making the move to Kovac’s Monaco and the physically demanding Ligue 1 seems like a good fit for him.

With plenty of water to go under the bridge before his future is decided, though, Monaco, along with a host of clubs, will be closely monitoring his situation, as the race to sign him will only intensify as teams want to get their transfer business done as early as possible.