Jean-Philippe Claret, paving the way for the blockchain revolution 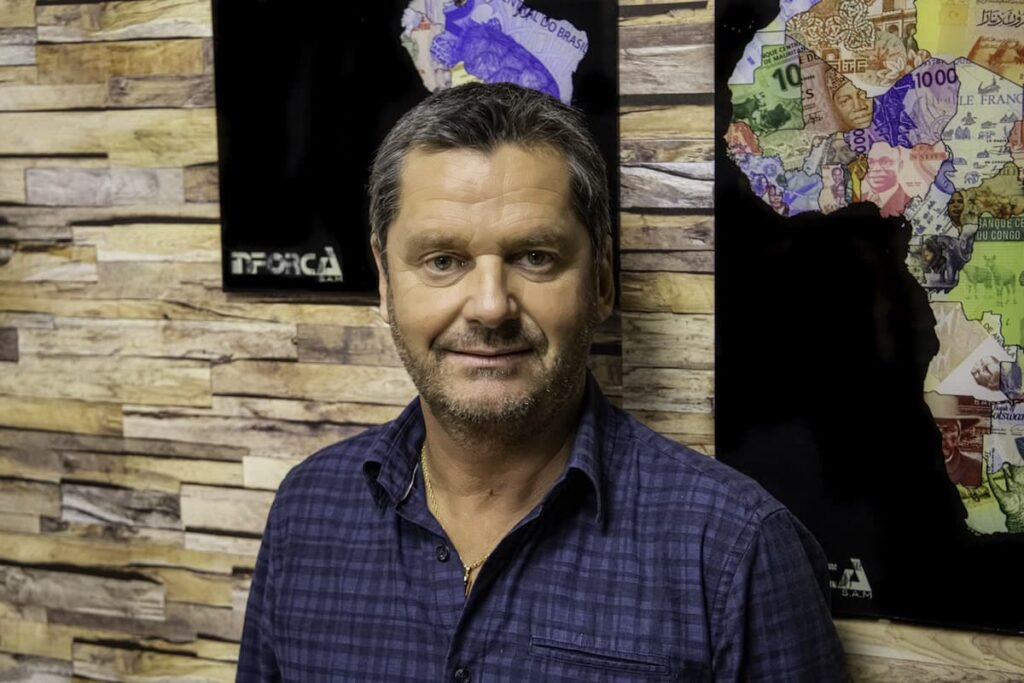 Jean-Philippe Claret’s job titles are a mouthful. President of World of Blockchain Monaco, he is also at the head of the Monaco blockchain trade union and CEO of Inforca. Working tirelessly to democratise the new economic system, Claret is adamant that blockchain is the key to Monaco’s digital transition.

For some lucky people, figuring out one’s passion was never a hair-pulling, mind-boggling task. Jean-Philippe Claret is one of them. The native of Grenoble always knew he wanted to go into IT. “My father co-founded a company called Sogeti, later known as Capgemini – one of Europe’s finest IT corporations. When I was very young,  I used help out during my school holidays. I loved what I did and what I saw,” he says. And so, the road was paved. After a Computer Science MBA, Jean-Philippe Claret joins Comparex, an IT services company.

Hundreds of hackers have tried to no avail

A first stint in Monaco

After a promising first work experience, he joins EMC, eventually becoming head of the company’s sales department. He stays until 2000 and after leaving the post, he founds his own IT company, Inforca. “The Monégasque government was amongst my clients. In order to make my work easier, I moved to Monaco in 2005,” he says. And as Inforca grows, a new technology catches Claret’s eye. “At the time, everyone was talking about bitcoin, but no one seemed to pay any attention to the process by which the virtual currency could be created and used without any problems. Blockchain is a security algorithm that cannot be cracked. Hundreds of hackers have tried to no avail. As a result, every transaction carried out through a blockchain is ultra-secure,” he says. So, Jean-Philippe Claret digs deeper. “Monaco wasn’t particularly advanced in the field. And blockchain is the safest it gets. The Principality’s digital evolution undeniably depends upon the democratisation of blockchain.”

In 2017, Jean-Philippe Claret co-funds World of Blockchain Monaco, an organisation that aims to introduce the blockchain to the general public and establish a framework in the Principality within which the technology can operate. Today, it is largely thanks to Jean-Philippe Claret that more and more sectors are courting the new economic system.

“Banks were somewhat reluctant, but now they’re buying into it a bit more. For instance, the dollar is going digital. Each share, however insignificant it may be, will therefore inevitably go through a blockchain in order to secure transactions. This represents the future of all our uses,” he says.  And Jean-Philippe Claret likes a challenge. “Even if I’ve been following the topic for many years now, we’re only in the early stages. There is so much to improve and so much potential. I want to participate in the creation of our future business model.”

To revive Monaco’s economy, the digitisation of our currency will be the best solution

Blockchain at the heart of Monaco’s digital transition

For a few years now, Monaco has embraced the endless possibilities of digital technologies. “Monaco’s digital transformation continues, and soon all its projects will become virtual,” explains Jean-Philippe Claret, before concluding: “take the sovereign cloud for instance. In order to make sure these projects are secure, we will have to go through blockchain. I mentioned earlier the digitisation of the dollar. To revive Monaco’s economy, the digitisation of our currency will be the best solution. Blockchain is the only tool that can enable Monaco to continue its digital transformation in a secure and sustainable manner,” he concludes.