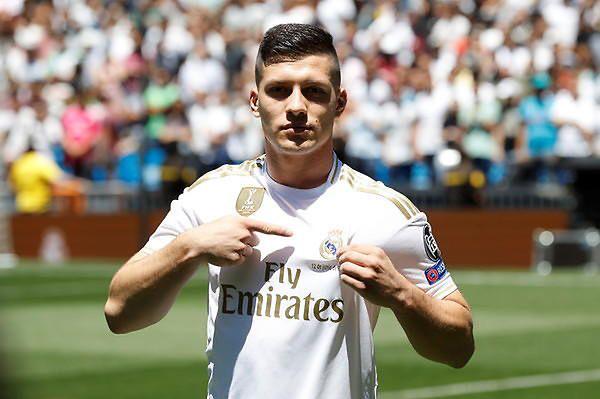 Since moving to Real Madrid last year in a mammoth €60 million deal, things haven’t gone to plan for Luka Jovic.

Struggling to replicate his scintillating form from his time with Eintracht Frankfurt, the Serbian striker hasn’t been able to fully earn the trust of Real Madrid manager, Zinedine Zidane, or find any consistency due to Karim Benzema being the undisputed first choice forward.

Having only managed two goals and two assists in 32 appearances for Los Blancos, which is a far cry from his 27 goals from 48 in his final campaign at Frankfurt, this illustrates his frustrations in Madrid. Factor in his well documented off field struggles and many injury problems, and it’s easy to see why there’s been many rumours suggesting he could be on the way out of Real Madrid.

Links to AS Monaco have made for interesting reading, for Jovic is reportedly a target of current Monaco boss, Niko Kovac, who knows the player well having coached him during his time as manager of Frankfurt.

With Monaco desperate to return to the Champions League, bringing a player of his quality would be a huge boost in January. Considering Monaco already have an excellent attacking unit that includes the likes of Wissam Ben Yedder, Kevin Volland, Aleksandr Golovin, Gelson Martins and Sofiane Diop, the gifted Serb would complement them beautifully.

Dovetailing so brilliantly with Sebastian Haller, Ante Rebic and Filip Kostic during his time at Frankfurt, Kovac will be keen for him to forge a similarly exciting relationship with Monaco’s classy frontline.

A player with so much quality and who can be a real game changer, the former Benfica youngster’s nigh on unplayable on his day due to his multifaceted skill set. Full of composure and confidence, his finishing is a joy to watch when he’s fit and firing.

Possessing that killer instinct in and around the box and able to find the net in a variety of ways, Jovic is a nightmare for defenders to handle. Capable of hitting the back of the net with power or finesse depending on his position, he can hit driven efforts from all ranges or place his shots with precision. In addition, how he can dink the keeper deftly, put shots high or low to beat the keeper and strike some remarkable acrobatic volleys and bicycle kicks amplifies his worth.

Very adept at finding the back of the net with headers, he reads the ball flight and times his leaps admirably to get efforts on goal too.

Another crucial component of his finishing comes from how he can still generate power despite being unbalanced, as he uses his immense core strength and low centre of gravity to get quality efforts off.

The 22-year-old accompanies the aforementioned with his clever movement, for he identifies spaces quickly, thus allowing him to be ideally situated to threaten. Be it attacking the back post, far post, central areas, the blindside of opponents or peeling off the back shoulder of his markers to gain room inside the area, opponents find him a challenge to contain.

Picking his moments when to surge in behind, burst into the box, hit the channels or drop deeper to link play between the lines, Jovic can be a short and deep threat. Key to his effectiveness is how he scans his surroundings so he can exploit gaps between defenders and sees when his tracker is preoccupied, which allows him to gain an edge over his foes.

Jovic’s ability to turn his man and use his body to protect the ball sees him hold the ball up smoothly when dropping deep. Very good at keeping his man at bay, the hulking forward subsequently can weave away, shield the ball while waiting for an outlet, draw fouls in dangerous zones and commit multiple markers.

On top of this, his one touch passing, in combination with his slick array of flicks and backheels, enables him to knit play together by getting the ball to forward facing teammates. Moreover, his efficient crossing, ability to switch the play and play incisive through balls in behind duly adds to his impact.

Still just 22 and with his best surely yet to come, Jovic needs to find a home where he’s fully appreciated and given the playing time he craves to continue his progression. Working under Kovac’s guidance at Monaco could certainly be a perfect fit for him just as it was at Frankfurt. “I just needed someone like Niko Kovac to wake me up. He demands the maximum and gets the maximum out of you. I have Niko Kovac to thank for the success that I now have”, he stated when asked of his former manager.

Although any possible move would have to wait until January, Jovic would be a very handy signing for Monaco, for he’d not only add some vital depth upfront and be able to shoulder some of the goalscoring burden that Ben Yedder carries, but also have little worry hitting the ground running due to his strong relationship with Kovac and knowledge of his methods.