Monaco among many keen on bringing in Brighton’s Bissouma 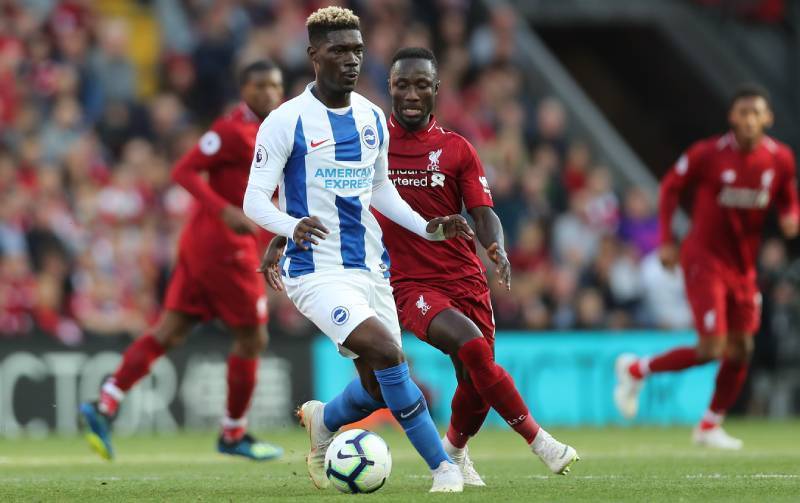 Ahead of the January transfer window, Yves Bissouma is a man in demand.

While Brighton and Hove Albion will look to keep hold of their star midfielder, it will prove a tough task with the likes of Liverpool, Manchester United, Arsenal and AS Monaco all reportedly keen on snapping him up.

In the case of Monaco, he’d be an extremely shrewd addition, especially considering Les Monegasques are keen on bolstering their central defensive midfield ranks. While young pairing Aurelien Tchouameni and Youssouf Fofana have been largely excellent, they’ve shown signs of fatigue in recent weeks. In addition, although youngsters Florentino Luis and Eliot Matazo are adequate backup, having someone like the experienced, battle hardened Bissouma would be a real asset.

The fact he has previous experience in Ligue 1 from his time at Lille, which earned him his move to the Premier League, would mean he should be able to hit the ground running and need little time adapting.

Very good on the defensive end, the Malian international’s intensity, athleticism and physicality ensure he’s a huge obstacle for opponents to overcome. Blessed with searing pace to track opposition runs and strength to unbalance his markers, this ensures he regularly gains an edge in 1v1 battles. Moreover, his solid leap, ability to read the ball’s flight and balance means he handles himself competently in aerial duels.

His capacity to read the play has been a highlight too, for this allows him to position himself ideally to block passing lanes, remain compact in unison with his teammates and know when to shift across, drop pack or step out to apply pressure.

Furthermore, his awareness and tactical knowledge has been evidenced by his constant communication and gesturing with teammates. In doing so, he helps organise his team’s shape and keep his colleagues awake to potential threats while showing vital leadership.

Complementing the above with his pressure, the ball winning machine harries his foes vigorously to recover possession for his team. Responding sharply to triggers like when an opponent is about to receive a sloppy pass, with their back to goal or in an open posture, Bissouma pounces. Forceful yet intelligent in his harrying, his timing has been typically sound to go with his accurate tackling and intercepting prowess.

The fact he’s got such blistering acceleration not only helps him with the aforementioned, but also when backwards pressing. Full of determination and commitment, opponents have been chased down by his energetic efforts, which have been vital in breaking down dangerous opposition patterns.

Meanwhile, in an attacking sense, the powerful midfielder contributes effectively here too. Catching the eye especially with his impressive catalogue of long range strikes, he relishes every opportunity to launch shots, which adds an extra string to his bow.

The way he can hit expansive through balls over the top, break the lines, combine smartly in close quarters and switch the angle of attacks has shown that he can also create promising openings for others.

It’s also been notable that if there’s no progressive options on offer, he’ll coolly recirculate possession and move the ball coherently while waiting for an opening to arise in the opposition block. How he controls the ball cleanly and can protect the ball with his body adds to his press resistance and capacity to maintain possession under duress.

If space ahead is free, Bissouma’s driving dribbles have been another key component of his play, thus meaning he can either gain territory to provoke a press or beat his marker to destabilise defensive blocks.

About to hit the prime years of his career, the 24-year-old would unquestionably be an outstanding addition, but Brighton manager, Graham Potter, played down speculation when speaking recently. “There have been no approaches. As I’ve said before, just because it’s in the newspaper, doesn’t necessarily mean it’s true,” explained Potter.

“My focus on Yves is how I can help him improve and I think he’s still got some improvement to do. That’s my focus with him, to try and help him reach his full potential. He’s got some work to do yet, so that’s what we are focusing on.”

With the January transfer window fast approaching, the transfer tug of war regarding Bissouma looks set to heat up. You can guarantee Monaco will be keeping a keen eye on the situation, for acquiring a player of his quality would be a tremendous boost for their intentions of charging up the table in the second part of the season.