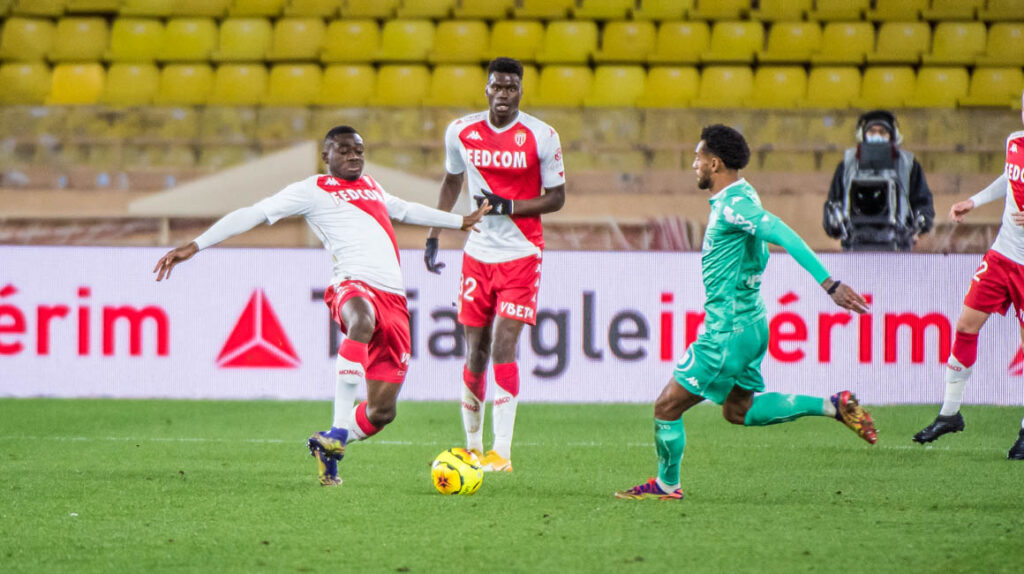 AS Monaco made it three wins from their last four games with an accomplished showing at the Stade Louis II to defeat Angers 3-0. Below are our player ratings from the match.

Benjamin Lecomte (7): Dealt with whatever was thrown at him comfortably in what was an assured return from injury. Distribution was also good. Highlight was his brilliant diving save to deny Lois Diony.

Djibril Sidibe (5.5): Provided security in Monaco’s possession phases by being positioned deeper, which offered protection when Angers countered and allowed Gelson Martins to push high. Jimmy Cabot gave him headaches, with the winger beating him many times. Room for improvement.

Guillermo Maripan (7): A real leader at the back, as he put in a commanding performance. Imposing and physical in his duels. Another goal to reward his quality showing.

Benoit Badiashile (6.5): Although he made some mistakes on the ball, his dribbling and passing out from the back gave Monaco some offensive impetus. Defensively solid for the most part. Improved as the game went on. Replaced by Axel Disasi.

Caio Henrique (6.5): Solid on both sides of the ball. Clean and incisive with his passing on his way to providing an assist for Kevin Volland. Dovetailed well with Sofiane Diop, as the pair coordinated their movement smoothly. Replaced by Fode Ballo-Toure.

Aurelien Tchouameni (6): Composed on the ball and helped dictate possession in the midfield. Made some lovely passes to beat the press. Some intense pressure saw him recover possession effectively. Committed the odd error, but overall a good display.

Youssouf Fofana (7): More involved than his midfield colleague. Good in build up and supporting wide attacks with his smart positioning. Good snap in the tackle and coherent reading of the play meant he cut out many attacks. Continued his fine season.

Gelson Martins (5.5): Positives could be drawn from classy dribbles, his slick rotations with Volland and some good crosses. Not at his best, but still did some neat work. Replaced by Aleksandr Golovin.

Sofiane Diop (7.5): So intelligent with his movement to find space between the lines and in the half spaces. Creative and imaginative with his dribbling and passing. A massive threat going forward and tenacious defensively too. Replaced by Ruben Aguilar.

Kevin Volland (8): Kept up his exceptional level by bagging a goal and two assists. Excelled when dropping deep to connect play and running in behind. Laid on a tidy through ball for Stevan Jovetic’s goal. Continues to shine for Niko Kovac’ side.

Wissam Ben Yedder (6.5): Worked hard for his team. Pressed brilliantly from the front to force many turnovers and set the tone for his teammates to follow. Although he again couldn’t score, his movement was clever, as he also drew players to generate room for Volland. Extra upside arose from his cohesive understanding with Volland and driving runs with the ball at his feet. Replaced by Stevan Jovetic, who scored a lovely goal.