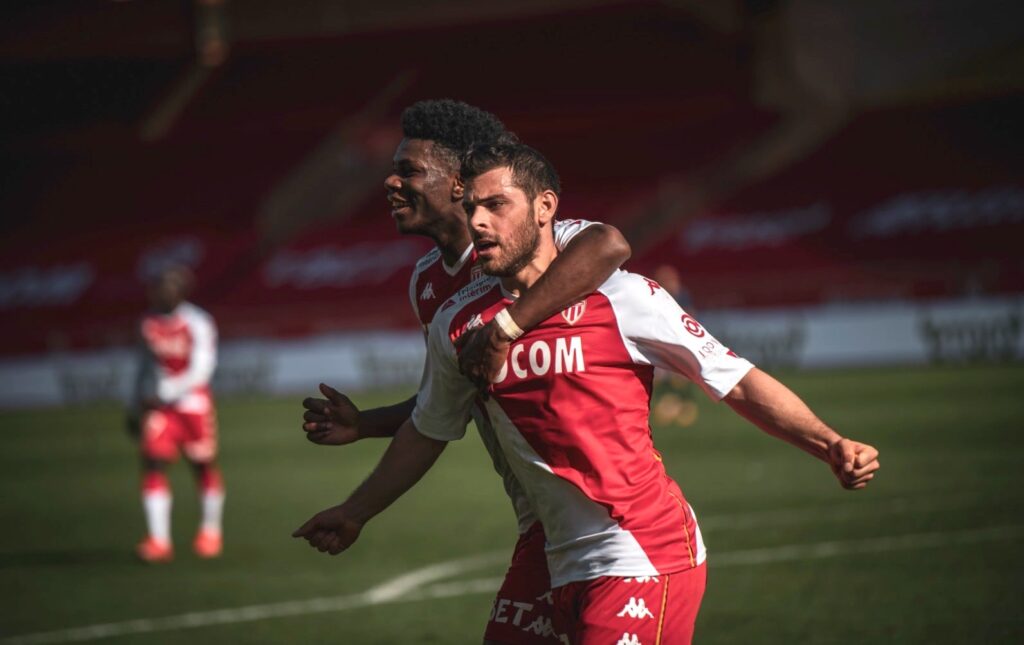 AS Monaco extended their unbeaten streak to 12 by ousting Brest at home, in a match where Stevan Jovetic and Kevin Volland bagged the goals to secure the victory. Here are our player ratings from the match.

Benjamin Lecomte (6): Was hardly called into action in this one, but importantly remained alert when needed. Passed the ball efficiently in build up.

Ruben Aguilar (7.5): Looked dangerous with his marauding runs and even came close to scoring on multiple occasions with some promising strikes. His incisive infield run was key in winning a penalty in the first half that Wissam Ben Yedder failed to convert. Replaced by Krepin Diatta.

Caio Henrique (7): Rarely challenged defensively and was always eager to jet forward to join in attacks. Just like Aguilar, provided a huge threat going forward, as the Brazilian whipped in some lovely crosses, hit the bar and was slick with the ball, in what was another good outing.

Benoit Badiashile (7): Another showing littered with upside by the youngster, who was effective in his duels on the ground and in the air to keep his opponents quiet. His passing quality was apparent throughout, as he helped Monaco progress upfield smartly.

Axel Disasi (7): Rewarded for his excellent shift against Paris Saint-Germain by getting another start and importantly put in a solid showing to vindicate Niko Kovac’s decision to play him from the outset. Powerful and strong in the tackle while proving what an asset he is in headed duels. Replaced by Djibril Sidibe.

Aurelien Tchouameni (8): Another quality body of work by the young Frenchman. Was vital offensively, giving Monaco control with his distribution, composure under pressure and movement to receive in space. Very active defensively also, with him chiming in with five successful defensive actions and winning six aerial duels.

Youssouf Fofana (7): Consistent display again from Fofana, with him breaking up play sharply with his well timed pressing and interventions. Completed all six of his attempted long balls, as he passed the ball cleanly and with clarity. Replaced by Cesc Fabregas.

Sofiane Diop (5 5): Forever trying to make things happen, but it just wasn’t his day. Struck four shots but couldn’t find his range, with his efforts largely wasteful. Will use this as a learning experience. Replaced by Stevan Jovetic, who scored a scintillating goal to give Monaco the lead.

Kevin Volland (6.5): Bagged his thirteenth goal of the season, with him coming up big to seal the win late on. While he got into some good positions and did some nice things on the ball, he was pretty quiet compared to his usual standards. But as is often the case, all he needs is one chance to change the game.

Wissam Ben Yedder (5.5): Couldn’t stamp his mark on this one in true style. Missed a penalty and was denied by Gautier Larsonneur on many occasions, who was exceptional in goal for Brest. Still hit three key passes and worked hard for the team, but will be keen to move on and look ahead to the Strasbourg match. Replaced by Aleksandr Golovin, who beautifully assisted both of Monaco’s goals.