Interview. Sofiane Diop: “I swore that I would come back to Monaco and make a name for myself” 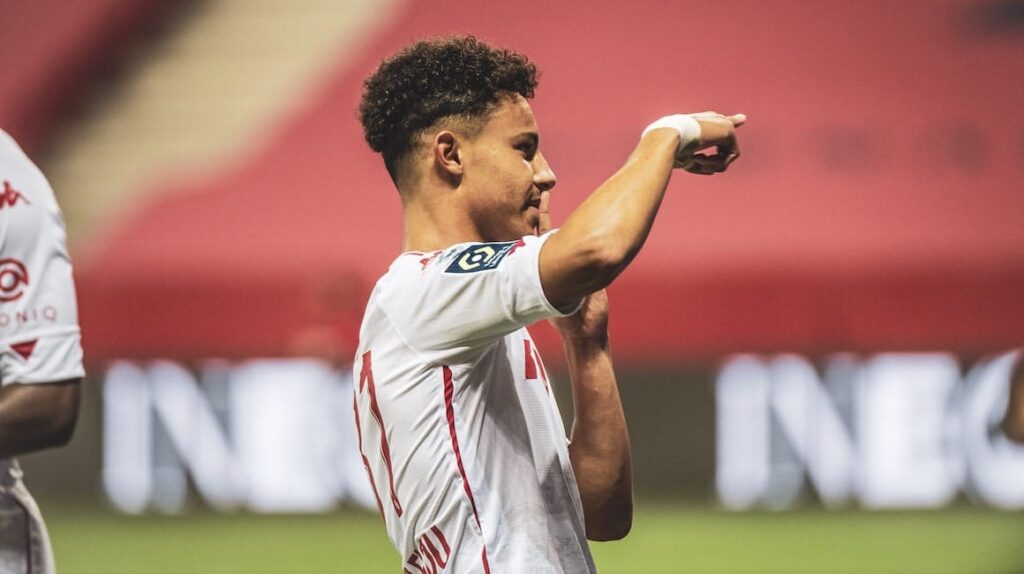 It’s just gone 12 at the training grounds in La Turbie. It may be cold and the sky grey, but last night’s celebrations are lingering in the air. Running on just a few hours’ sleep, black hooded jacket thrown over his shoulders and yellow trainers with shoelaces undone, Sofiane Diop joins us. Yesterday’s win (1-2) against FC Nantes was his 23rd match this season, and almost his sixth goal. Despite shooting for the net, his efforts were no match for goalkeeper Alban Lafont. Trained at Stade Rennais, he may not have scored against FC Nantes, but he does have excellent playing skills and is determined to make a name for himself on the Rock.

Sofiane, what did you make of this match against Nantes, your fifth consecutive win?

We were well prepared for this match. We expected them to put up a hard defence, to really mark our players. I think we responded well to that though. We brought a lot of energy to the game and kept the opposition on their toes. So much so that we managed to score the first goal. We’re a young team, it’s a shame we let fear get in the way towards the end, but we’re still learning.

It looks like the team is doing really well this season, do you agree?

We were well prepared for this match. We expected them to put up a hard defence, to really mark our players. I think we responded well to that though. We brought a lot of energy to the game and kept the opposition on their toes. So much so that we managed to score the first goal. We’re a young team, it’s a shame we let fear get in the way towards the end, but we’re still learning.

Outside of training, which players do you get on with the most?

(Smiling) I have a couple of close friends off the pitch. Obviously Benoît (Badiashile), we’ve been friends since we were kids. We both grew up hoping to become footballers one day. He’s definitely who I get on with the most, but we really are all one big group of mates: Youssouf (Fofana), Aurélien (Tchouaméni), Axel (Disasi), Fodé (Ballo-Touré) and Willem (Geubbels).

You’re one of Niko Kovac’s most used players this season. Has his faith in you improved your performance on the pitch?

Every day, I work as hard as I can to try and get the most playing time possible. You’re right, our coach has put his trust in me, so it’s up to me to prove him right on the pitch.

How would you describe the team’s relationship with the coach?

We have a real father son relationship. No matter the player’s age, he treats us all like one of his own. As a trainer he’s very picky, he often pauses sessions to correct our mistakes. Personally, he’s really helped build my confidence. I’d lost a lot of it, but I think that’s also down to a couple of recent disappointments. My first year was difficult and with my transfer to Sochaux too, it all got a bit much. So, for me, our coach has been the icing on the cake.

How are you handling your newfound fame?

I have a great support network: all the staff and press advisors at the club, my agents, parents, close friends and family. I’ve made mistakes and I know what it’s like to do well and not have your success last. It’s happened once before, but I will not let it happen again.

If I had to choose someone, it would have to be Kevin de Bruyne

Would you like to stay in Monaco for a while?

Definitely. When I arrived here my goal was to play with professionals. When I was loaned to Sochaux, I swore that I would come back here and make a name for myself. The next step is to show that I can be even more decisive. I know that I have it in me, I can work on my mistakes.

It seems like you are a bit of a perfectionist?

(Smiling) I keep meaning to watch back the match against Nantes. I remember my mistakes and I think if you want to become the best, it’s so important to fix the little things. Playing against Nantes, I wasn’t always great at receiving the ball. I lost it a few times and I should have known better. I like to be perfect, even if that’s not possible all the time.

Which players inspired you when you were younger?

I was going to say Lionel Messi, but that’s the obvious answer because he’s everyone’s role model. I don’t like to focus on just one player. I prefer to look at several different players, so I can learn how to handle anything that might happen during a match. That being said, if I had to choose someone, it would have to be Kevin de Bruyne.

When I trained, I was a good scorer, but passing is what I do best

And what about nowadays?

I watch Cesc (Fabregas) a lot, mainly because he’s so good at passing. I look at his positioning too. He’s always able to get himself into open spaces. He covers the pitch excellently. I really like Cesc.

It seems you are focusing more on scoring lately?

It’s true, I do want to score more goals, but the game and the team are more important to me. I want to mark other players, but that’s a skill that comes with time. I would really like to make more decisive passes. When I trained, I was a good scorer, but passing is what I do best.