Monaco’s player ratings from their accomplished win over Grenoble 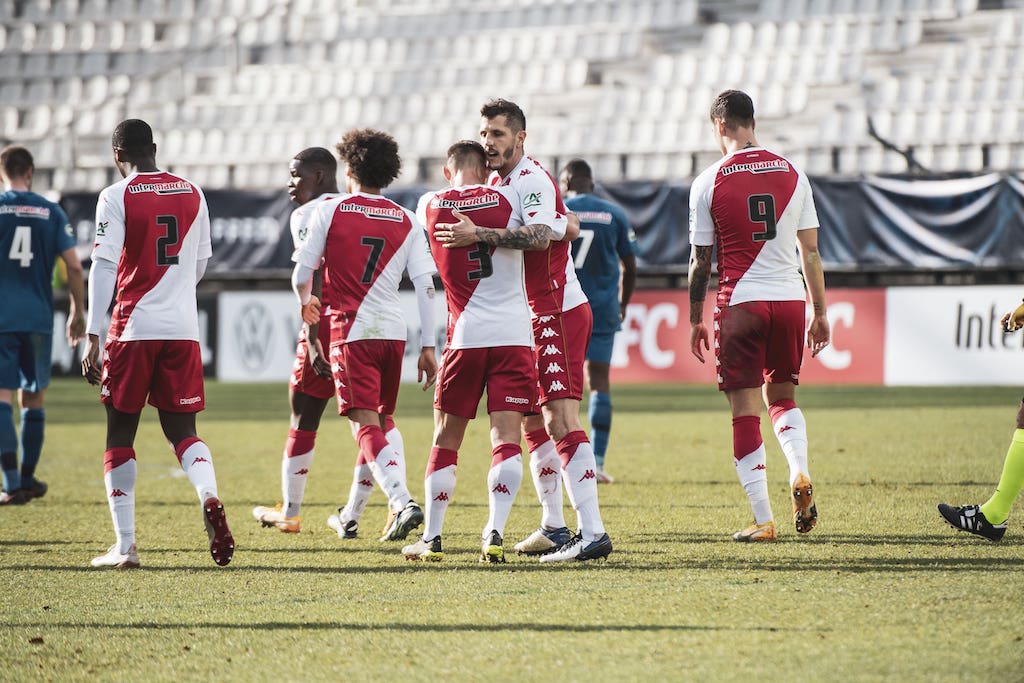 AS Monaco earned their eighth win in a row by ousting Grenoble in the French Cup, with Stevan Jovetic scoring the all-important winner. Here are our player ratings from the match.

Radoslaw Majecki (6.5): Given just his second start of the season, the Polish shotstopper wasn’t called into action often. But when he was, he executed his actions competently on his way to keeping a clean sheet.

Fode Ballo-Toure (6.5): Backed up his positive showing against Nimes with a solid effort on both sides of the ball. Made the odd minor error, but yet again proved what a valuable squad player he is.

Ruben Aguilar (7): Very lively going forward, as he got into many dangerous positions in the attacking third. Typically robust on the defensive end too, as he was certainly one of Monaco’s best.

Axel Disasi (7): Undertook his defensive duties with clarity, physicality and concentration, which helped Monaco shutout their opponents. Tracked markers smartly, as he read the play smoothly and used his athleticism to blunt their impact. A commanding and imposing showing from Monaco’s captain on the day.

Chrislain Matsima (7.5): Making his first start since November when Monaco defeated Paris Saint-Germain, Matsima put in an assured shift alongside Disasi. Clean in his passing and handled whatever Grenoble threw out at him with minimal fuss.

Cesc Fabregas (6.5): Back in the starting lineup for the first time since his injury, Fabregas kept things ticking over in midfield to help Monaco control the match. Also a vital presence to help the youngsters around him. Replaced by Aurelien Tchouameni.

Eliot Matazo (7): Encouraging output from the young Belgian, who chimed in with some vital interventions to break up play. Worked hard throughout his time on the pitch, with him relishing his chance to impress his manager. Replaced by Florentino Luis.

Enzo Millot (6.5): Started the match with gusto by having an early chance. While he didn’t star, he did the basics pretty well, as this match offered him some crucial experience. Replaced by Aleksandr Golovin.

Sofiane Diop (6): Produced many glimpses of his obvious talent with his slick passing, incisive dribbling and intelligent movement. Provided a neat assist for Jovetic’s goal. Not at his absolute best, but much improved effort after failing to hit his straps vs. Nimes. Replaced by Krepin Diatta.

Stevan Jovetic (7.5): Scored a brilliant goal from outside the box that combined power and placement to propel Monaco to victory. Great to see him make the most of his starting opportunity, as he led the line wonderfully in the absence of Kevin Volland and Wissam Ben Yedder. Further upside could be drawn from his clever movement, ball control and tidy passing. Unquestionably Monaco’s man of the match.

Pietro Pellegri (6): Struggled to get into the match, with the Italian clearly lacking match sharpness. Will be better for the minutes, but not a match to remember for the talented forward. Replaced by Caio Henrique.