Mathias Lessort: From Martinique to playing centre with AS Monaco Basket 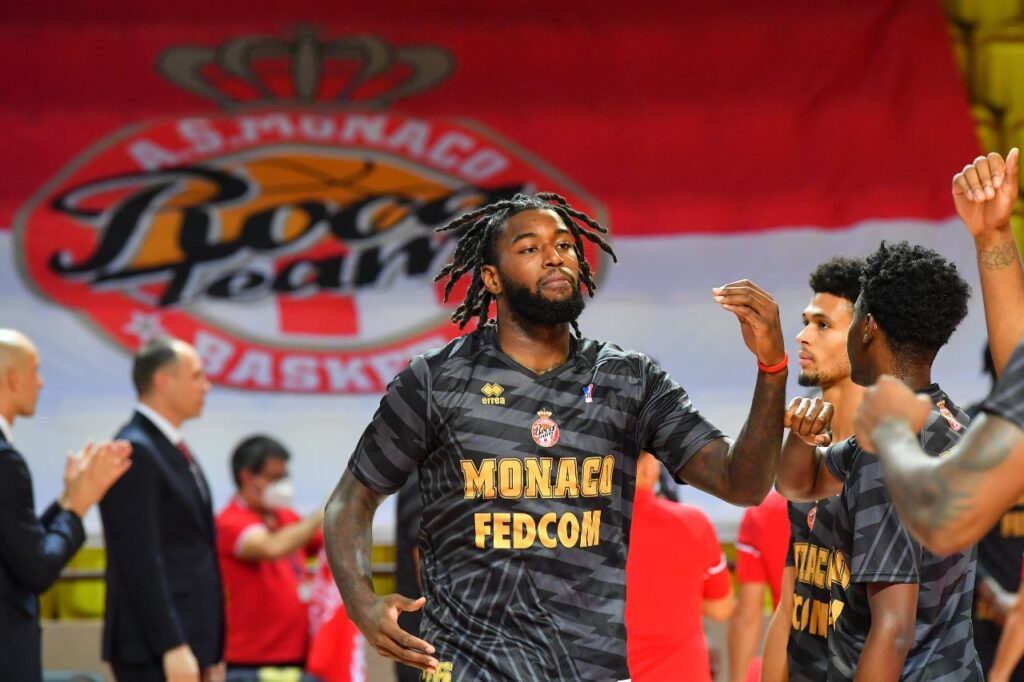 After joining the basketball team AS Monaco last September, French international centre Mathias Lessort is enjoying life on the Rock. An ambitious 25 year old, he hopes to win titles with the Roca Team and one day make the Olympic squad and even play in the NBA. Here is the story of talented athlete, scouted all the way over in Martinique, now making his name in Monaco.

How it all started

“I played football, like most young people in Martinique, but I ended up sticking with basketball”

“I started playing basketball in Martinique. My two older brothers already played, so I wanted to take up the sport too. I played football, like most young people in Martinique, but I ended up sticking with basketball. I quickly fell in love with the sport. It was also a chance to secure a future for myself and help my family. At home, we talked more about football than basketball. There’s a real rivalry between PSG and OM in our house. I’d watch a lot of NBA on TV with my brothers because there’s no time difference. I didn’t particularly have a favourite team, but I liked watching the Clippers from Los Angeles. I used to really analyse the players who had the same position as me to try and learn from them. My idols were definitely Lebron James and Carmelo Anthony.”

“The most successful season of my career was with Nanterre”

“Aged 15 and still living in Martinique, I was scouted by a club in Chalon-sur-Saône in France. They invited me over during a tournament in Roanne. They showed me all their facilities and I signed with them there and then. It was a dream come true to make it to France, to see their facilities, wooden courts big enough to seat 5000 people, brand new changing rooms, all the things that we just didn’t have in Martinique. I didn’t hesitate for a single second when they ask me to train with them in Chalon-sur-Saône. Thanks to them, I got to play in the Pro A national league (now called Jeep Elite) and I really grew up and matured into a man. After this, for the 2016-2017 season, I moved to Nanterre to pursue a great sporting opportunity. The most successful season of my career was with Nanterre. So much happened that year, it was amazing. I really made a name for myself. For the first time I was selected to play on the French team, I was drafted, I signed to a Euroleague club and I won two titles: the French Cup and the FIBA Europe Cup.”

“Everyone made me feel so welcome in Belgrade”

“After Nanterre, it was either the NBA or Euroleague. I had the chance to join the Red Star basketball team in Belgrade. When I signed with Serbia, I quickly got used to their playing style and how things worked over there. Having moved from Martinique to France, I was used to the culture shock of a new place and a new team. Everyone made me feel so welcome in Belgrade. I got along well with my team mates, but there were a few issues towards the end when another player joined the team. My time on the court reduced and I decided it would be better for me to move to Malaga: a former Euroleague team now playing in the EuroCup. I played well with this team and we had a good season. It was an unforgettable experience. If we’d qualified for the Euroleague I would have stayed on for another season because it was so great playing with Malaga. It was the following season though, with Bayern Munich in Germany, that I finally made it back into the Euroleague. After missing all the preparation due to the World Cup, I had a much harder time bonding with this team. Everyone already knew each other. I had to make a real effort to fit in.”

“I was drafted in the second round as the 50th pick in the 2017 NBA draft. The NBA has always been a real dream for me. When I was drafted, I felt a mixture of emotions: joy, disappointment, fear and excitement. Other players were also drafted by the Philadelphia 76ers: Nerlens Noël, Dario Saric and Joël Embiid. I knew I wouldn’t have many opportunites playing with the Sixers. In the meantime, I signed with Brose Baskets (a German team) but that never ended up going through, due to a clause with the NBA. Unfortunately, I missed the first Summer League in Utah, as well as half of the second in Las Vegas. Joël Embiid showed me round the city, we used to train together and we got on really well. It was an unforgettable experience. I never gave up on the idea of playing in the NBA one day. There are many players who have joined the NBA much later than I did .”

“I want to win titles in Monaco”

“I needed to take some time away for myself. I spent over a month back in Martinique, resting and relaxing. After my experience with Munich, I wasn’t ready to sign with a new club just yet. I only signed with Monaco in September; It was an offer I couldn’t refuse. We stand a real chance at winning titles. Monaco has had great success in the French championship and as we focus now on the EuroCup, we want to win. I want to win titles in Monaco. Things look promising here and if everything goes well this season, I can see myself staying on with the Roca Team.”

“The Olympic Games are every athlete’s dream”

“Playing on the French team has always been a dream. When I was little, I didn’t miss a single one of their matches. After having such a successful year with Nanterre, I was asked to join the French team. I was thrilled. I really made the most of that experience. I’m so lucky to have played in the World Cup and to potentially take part in the Olympics. I’m going to give it my all to try and make it happen. The Olympic Games are every athlete’s dream.”