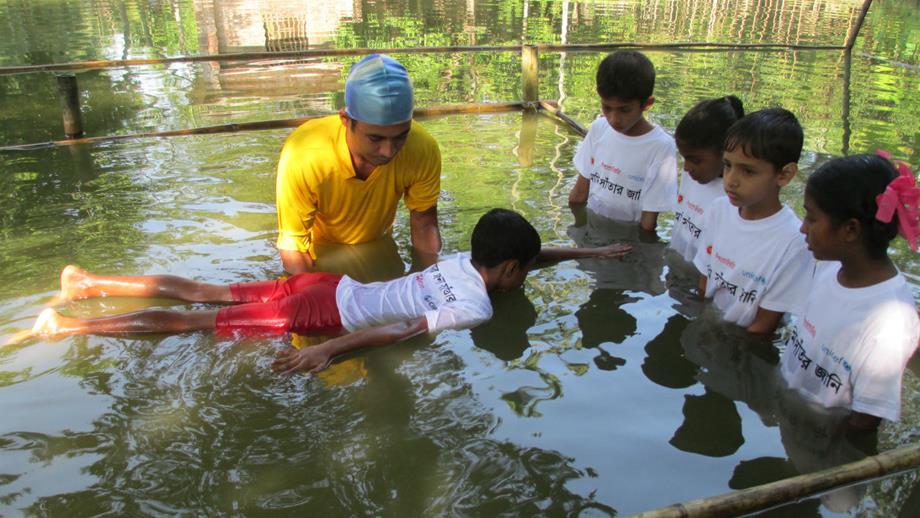 Since 2013, the Princess Charlene Foundation has provided key financial support for global drowning prevention projects led by the UK-based Royal National Lifeboat Institution (RNLI). How did their partnership begin, how are their programmes getting on, and have they stayed afloat during the pandemic?

Thinking back to where it all started, Steve Wills, Head of International Programmes at the RNLI, remembers the exact moment this relationship was born. Eight years ago at the World Conference on Drowning Prevention, hosted in Potsdam, Germany, British lifeboats met the Princess Charlene Foundation. Over 500 participants came together from 50 countries, but “it was immediately apparent that there were many synergies between the Foundation’s objectives and those of the RNLI,” recalls Steve. Since uniting over their shared mission to prevent drowning, the partners have “undoubtedly saved many lives.”

>> READ ALSO: Looking back at the Princess Charlene of Foundation’s partnership with Britain’s RNLI

Lifesaving work in Africa and Asia

15,000… that’s how many children die from drowning in Bangladesh every single year. The solution? Teach youngsters how to swim. Passionate about water safety, the Princess Charlene Foundation has provided the RNLI and its partners grants each year. Donations have facilitated the Seasafe lifeguarding and community education programme in Cox’s Bazar in southeastern Bangladesh, as well as SwimSafe classes in other parts of the country. “SwimSafe is highly effective and those children who complete the swimming lessons are over 90% less likely to drown,” explains Steve Wills.

Every single day in Bangladesh around 40 children die from drowning

Steve Wills, Head of International Programmes at the RNLI

Similar projects have also been funded in fishing communities in Zanzibar, Tanzania. By working with their local partner, The Panje Project (TPP), adults have become instructors and children have learnt to swim. In 2018, 40 new swim instructors went on to teach 2,385 children survival swimming. Thanks to these programmes, communities are becoming equipped with lifesaving skills they can pass on for generations.

As the pandemic took hold, many international projects were paused to comply with safety measures. However, opportunities to adapt existing projects to prevent drowning, but also to help spread awareness and safety information regarding Covid-19 were quickly identified.

In Bangladesh, the second phase of the Bhasa Project began. This project tackles child drowning in rural areas by conducting research, organising swimming lessons, and setting up creches to keep children safely away from water.

As for Tanzania, further research was conducted to gain a more in-depth understanding of the drowning situation for people living in and around fishing communities on Lake Victoria, Africa’s largest lake lying mainly in Tanzania and Uganda but bordering on Kenya. In addition, a new project partner has been found in Mwanza,  a port city on the shore of Lake Victoria, to expand drowning prevention initiatives in the country.

All of this was done whilst battling Covid-19 and supporting the temporarily paused projects to ensure “staff were still employed so they could restart activity as soon as possible.”

Overseeing the programmes, with ten years’ experience in the role, Steve concluded that “despite a challenging 12 months much progress has been made.”

We are hugely grateful to the Foundation for their support

Steve Wills, Head of International Programmes at the RNLI

Partners since 2013, it is hoped the Princess Charlene Foundation will continue to provide this vital funding to the RNLI in 2021 and beyond. According to Steve Wills, without funding from Foundations like Princess Charlene’s the RNLI “would not be able to undertake any of [its] lifesaving activities.” As such, the British 24-hour search and rescue service has submitted funding proposals to continue swimming lessons in Zanzibar and the Barishal area of Bangladesh, as well as SeaSafe in Cox’s Bazar, for the rest of 2021.

>>READ ALSO: The Princess Charlene of Monaco Foundation brings the fight against drowning to Canadian schools