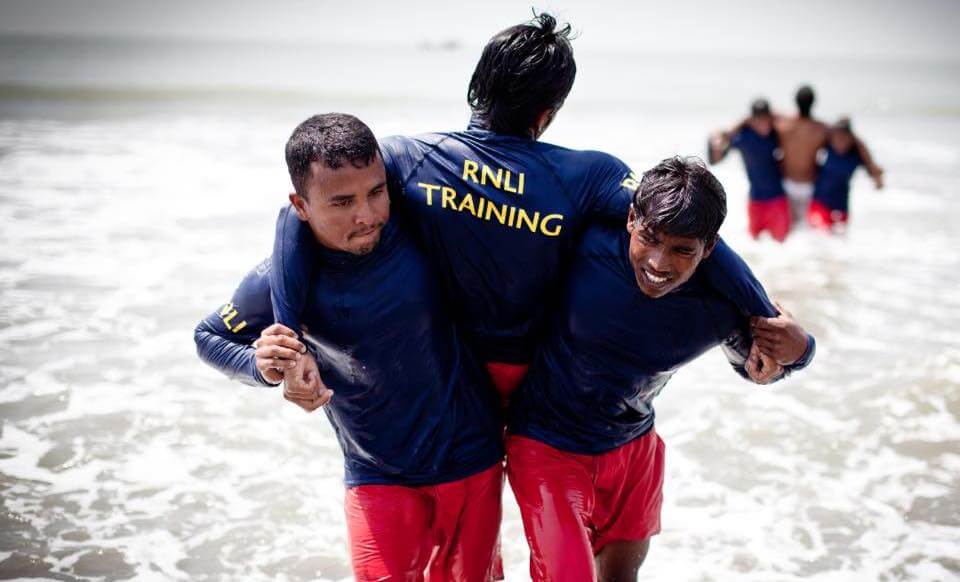 Back in 2014, the Princess Charlene of Monaco Foundation and the Royal National Lifeboat Institution (RNLI) joined forces to raise awareness about water safety and drowning prevention, and after six years, the collaboration continues to bear its fruits. Currently, the charities are working on two projects in Africa and Asia.

The RNLI is active throughout the British Isles. The charity provides a 24 hours search and rescue service in the United Kingdom and Ireland. Founded in 1824, the RNLI also carries out targeted projects around the world. They work with locals associations to strengthen their capacity, give them the means to develop, and become self-sufficient.

Partners since 2014, the Princess Charlene of Monaco Foundation and the RNLI currently collaborate on two projects. In Tanzania, the charities are working on an initiative called  “Community Action Against Drowning”, which places particular focus on teaching fishermen how to swim. In Bangladesh, the charities run an initiative called “Seasafe” which runs drowning prevention classes for children. In Bangladesh, drowning is the number 1 cause of death for children between the ages of 1 and 14.

The Princess Charlene of Monaco Foundation runs several programmes throughout the world, such as “Learn to Swim” and “Water Safety”, which teaches measures to prevent drowning. Since the foundation’s creation in December 2012, almost 730,000 people, mainly children, have benefited from these three programmes in 34 countries.  Last September, the Princess herself took part in a 180 km water bike rally between Corsica and Monaco to raise funds for Her Foundation.

Drowning one of the leading causes of childhood death

The WHO estimates that around 320,000 people drown every year.