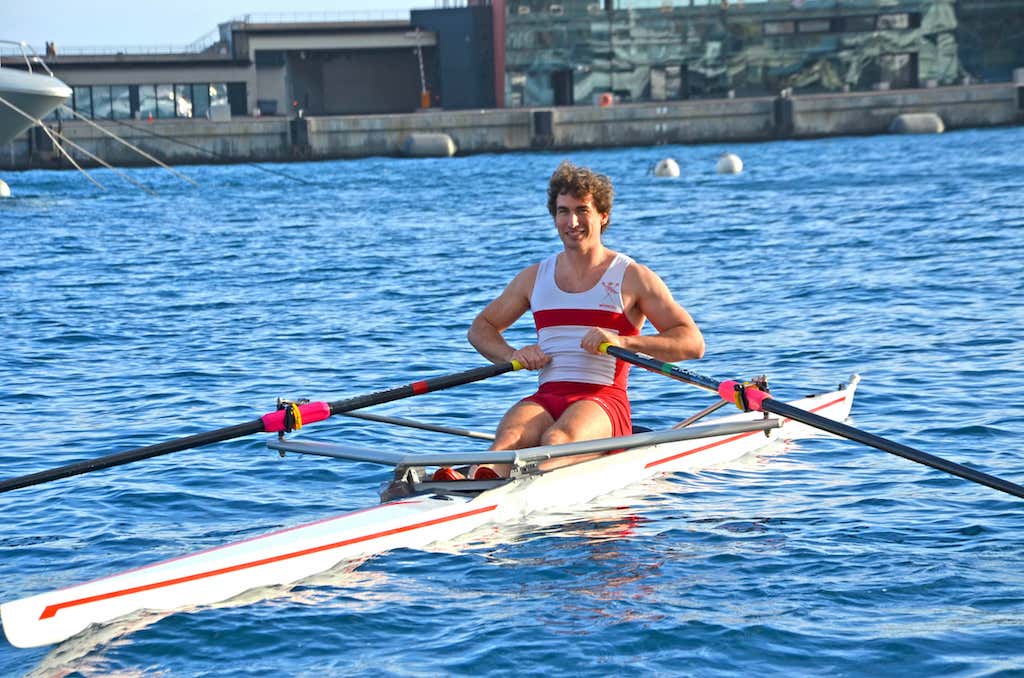 Monégasque sculler Quentin Antognelli, aged 26, will be taking part in the European regatta from the 5 to 7 April in an attempt to qualify for the Tokyo Olympics, taking place from the 23 July to the 8 August.

After table tennis champion Ziaoxin Yang qualified for the Olympics, will Quentin Antognelli be the next Monégasque athlete to secure his place at the Japanese games? In just a few days’ time, the sculler will take to the water in Varese, Italy, where he will battle it out against 16 others during the European rowing qualifier for Tokyo 2020.

Racing a distance of 2000m in roughly seven minutes, only those finishing in the top three spots will earn the coveted prize of a ticket to Tokyo. “I took part in national competitions in France and they went well,” revealed the Monégasque athlete just a few days ago. “I feel like I’m in good shape. I’ve already rowed against the majority of the other competitors and we raced on level terms.”

Qualifying for the Olympic Games would mean everything to Quentin Antognelli (1.89m, 84kg). “The Olympic Games are prestigious. Managing to qualify and then making a grand entrance would be amazing.” If he is unsuccessful in Varese, all hope would not be lost, as the sculler would have another chance to qualify in Lucerne, Switzerland. From the 15 to the 17 May, he could take part in the world qualifying regatta, but from here only two contestants would progress to Tokyo.

>> READ ALSO: How Monaco’s athletes are returning to training

If Quentin Antognelli takes after Xiaoxin Yang and qualifies for Tokyo “that shows that Monégasques can do it, which would inspire others to follow in their footsteps,” but the rower is also set to compete in the Paris 2024 Games. “In sculling, athletes are four or five years older than me, it takes years of training to be at the top of your game.”

In terms of his story, Quentin Antognelli is currently in the final year of his masters (business management) at Oxford Brooks University in England. “Oxford is an institution in the world of rowing. I train with around 20 athletes, some hope to make the English Olympic team and win medals in the Games. It’s a privilege to be with them.”