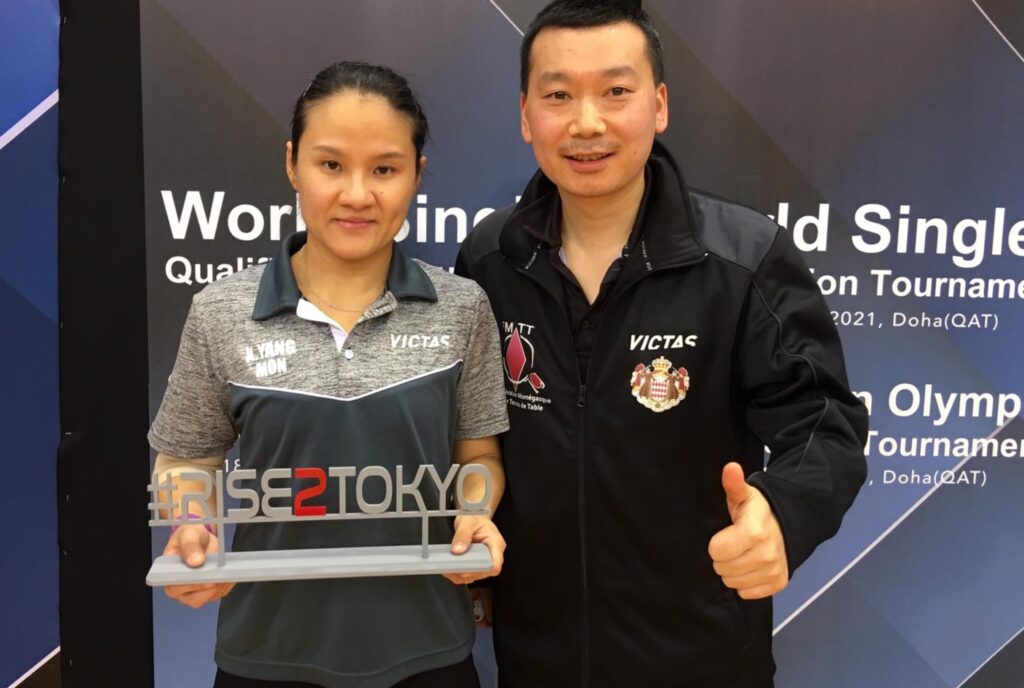 Table tennis player Xiaoxin Yang is the first Monégasque athlete to earn a spot at the Tokyo Olympic Games. A spectacular performance at the qualifying tournament in Doha (Qatar) this weekend secured her place in Japan.

“I’m dedicating this achievement to my dad, who has always helped and supported me ever since I was a little girl, but also to Monaco.” Speaking after her win in the qualifying tournament, Xiaoxin Yang was overcome with emotion knowing she would now play at the Olympic Games. “Thank you to Prince Albert II for giving me this opportunity and to the Monégasque Table Tennis Federation, the Monégasque Olympic Committee and everyone who believed in me, even when I didn’t believe in myself.”

Comfortably coming out on top in the first two rounds, she beat Daria Trigolos (4-0) and Manika Batra (4-1). However, the tables turned as she went into the final against Spanish player Maria Xiao, who proved much more challenging. After claiming the first set (14-12), the Monégasque player was unable to hold onto her lead and lost the following two sets (8-11, 4-11). Battling it out, the players eventually found themselves with three sets each, but Xiaoxin Yang kept her eyes on the prize, winning the final set (12-10).

Taking the top spot on the court, after over an hour’s play, means Xiaoxin Yang has now qualified for the Olympic Games. “There was a lot of pressure. I had to be tough and keep a strong mind. My mental game is what helped me win the final.”