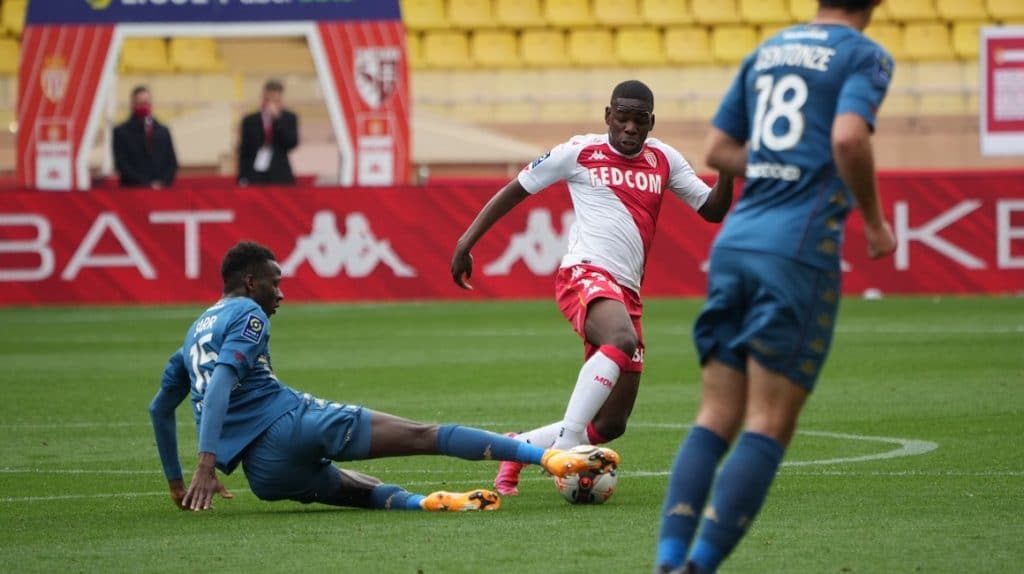 Making just his sixth Ligue 1 appearance of the season for AS Monaco, Eliot Matazo produced a performance full of upside in Les Monegasques’ 4-0 victory over Metz.

Filling in exceptionally for suspended star Aurelien Tchouameni, the Belgian didn’t look out of place at all in central midfield alongside Youssouf Fofana. With Niko Kovac speaking ahead of the match about how impressed he is with Matazo’s attitude and work ethic, plus adding that he’s not afraid to start him, the 19-year-old repaid his manager’s faith emphatically.

The Croatian boss was then quick to praise the youngster in his post match comments, gleaming: “I said two days ago that he works hard in training and that all his sessions are taken with a lot of determination. He set up Kevin’s goal, he was the one who provided the assist. I’m happy with his performance, he played 75 minutes. It’s not easy to play at this intensity when you have so little playing time.”

Full of energy, intensity and aggression, the tireless midfielder got through a power of work on both sides of the ball to help his team.

To begin with his defensive exertions, and Matazo showed precisely why Kovac had no issues selecting him, for he played with a maturity that belied his tender years. Sound in his positioning, reading of the play and typically making correct decisions, these aspects were vital towards his effectiveness.

Exercising good judgement when to shift across, hold his position, drop back, step out to press, support a colleague or take over a marking assignment, Matazo usually took the best option depending on the situation.

Maintaining a strong level of concentration, this was evidenced not only through his discipline, but when he pressed either his opposite number in midfield, Pape Sarr, or jumped to nearby wingback, Fabien Centonze. Reacting well to triggers such as a pass towards the touchline, when his marker was receiving with their back to goal or in an open posture, plus if his man was about to inherit an undercooked or inaccurate pass, this gave him an edge.

Seeing as Monaco looked to hem in their adversaries against the touchline, further upside could be drawn from how he helped form overloads to compound issues for Metz in breaking the press and how he used his cover shadow to block passing lanes back infield. It also deserved mention that he’d regularly check over his back shoulder to monitor nearby opponents so he could adjust his position or take on the marking duty.

Upon parlaying his awareness with his physicality and athleticism, this added to his impact. So quick across the turf and fiesty in the challenge, the former Anderlecht prodigy made some vital interventions in loose ball duels and when counterpressing instantly after possession was lost. His running power also enabled him to get back quickly to help his defenders and slow down counters if he couldn’t immediately regain possession.

The all action midfielder performed his role smoothly on the offensive end too. Keeping things ticking over nicely with his crisp passing, he moved the ball efficiently into Monaco’s more dangerous ball players, as he recirculated possession coherently. It was, however, important to note, he played some incisive line breaking passes and progressive passes too.

Neat and tidy in his first touch and ball control, Matazo embarked on some mazy dribbles on his way to weaving out of trouble, beating his man and withstanding pressure competently while waiting for a viable option.

A fine encapsulation of his quality arose in the lead up to Kevin Volland’s goal, where Matazo nipped in to pick up the loose ball, before gliding past two adversaries with classy pieces of skill. He then arrived near the box and shrewdly noticed the German’s run, which he duly obliged with a smart through ball that Volland latched onto to score.

Matazo found a way to stamp his mark via his movement too, with him offering himself as an option during build up, when supporting wide attacks and being situated to receive back passes if a teammate couldn’t break through the Metz rearguard. It was significant to note as well how he’d push across near Fofana to help generate 4v3 or 3v2 overloads during build up.

On the occasions where he wasn’t able to directly be an option, Matazo would cleverly draw and pin his marker towards him, which successfully opened passing lanes into the attackers. The image below depicts this aptly, where he draws his opponent so Cesc Fabregas can be found between the lines.

By the numbers, his nine duels won, seven ball recoveries, three successful dribbles, two progressive runs and the fact he completed 27 of his 30 passes exemplified what an encouraging outing he enjoyed.

In what was just his second league start of the campaign, the gifted prospect, who’s drawn comparisons with former French legend Claude Makelele, certainly proved his worth, with him putting in a very accomplished 75 minutes of work.

Even though he’ll largely be used as a substitute due to Fofana and Tchouameni being Kovac’s undisputed first choice in central midfield for now, Matazo demonstrated he’s ready to step up when called upon.

Gaining further valuable experience and minutes, next time he gets a chance, he’ll be buoyed with extra confidence that he can well and truly handle himself in the ultra competitive confines of Ligue 1 following his efforts vs. Metz.