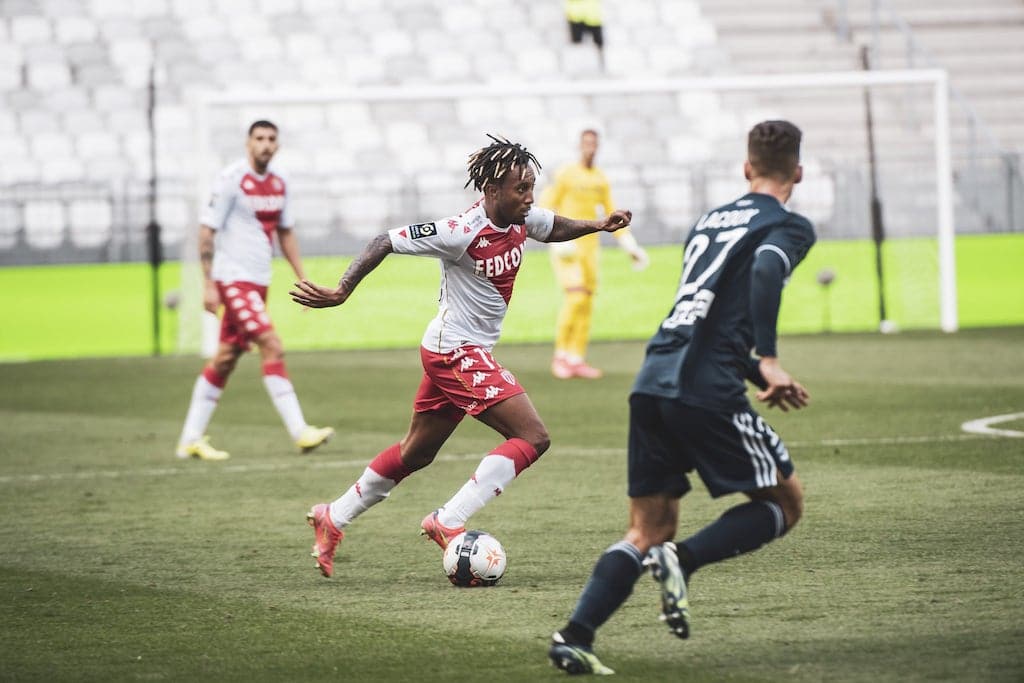 Gelson Martins marked his first Ligue 1 start in over three months by bagging a wonderful goal and putting in an overwhelmingly positive shift to help AS Monaco dismantle Bordeaux 3-0.

Having been out of action due to knee surgery, the Portuguese flyer’s steadily been brought back into the fold by Niko Kovac with minutes in Monaco’s recent league and Coupe de France wins over Metz. Believing he was ready for a start, the Croatian tactician would’ve been delighted with Martins’ efforts, with him producing an encouraging display from his interesting right sided role.

When Monaco were in possession on the right, Martins would position himself high and wide, essentially operating as a wingback/winger, looking to stretch the Bordeaux backline horizontally and vertically. Offering width and depth, plus able to isolate himself against his direct opponent, the explosive attacker did some good work in these areas.

He arguably did his best work when drifting infield, however, with Kovac tailoring his role intelligently so he could cause constant headaches for Jean-Louis Gasset’s men. Seeing as Les Monegasques funneled 42% of their attacks down the left, this would be the cue for him to come central and offer himself as a threat with dangerous runs into the box. In doing so, he demonstrated how elusive he can be, for he exploited the blindside of his marker to get a dynamic advantage over his more stationary opponent to gather huge momentum to attack deliveries into the box. In addition, how he gave himself space to gain separation and speed prior to embarking on his forward bursts, plus used smart double movements and zig zags to unbalance his man, enhanced his threat.

It was also notable how when Wissam Ben Yedder and Kevin Volland pushed to the left that Martins would push to the middle and perform in the striking position to add a central threat to be an option and pin defenders deep.

Moreover, his drifts infield opened the possibility for him to receive between the lines, combine sharply with his fellow attackers and execute sharp rotations and opposite movements with his colleagues.

As a result, Bordeaux’s backline was faced with persistent marking dilemmas on who to mark in what area. Indeed, by always altering defenders’ reference points, they couldn’t settle into a rhythm, with them often caught in two minds – something Martins admirably took advantage of.

Fittingly, the catalyst for Martins’ goal was a scintillating run in behind from a central position, where he timed his movement superbly to offer Aurelien Tchouameni a viable forward option. Martins then took a crisp first touch and steadied himself before then opening his body to coolly place his finish beyond Benoit Costil.

With Monaco opting to sit back and absorb pressure more in the second half, this manufactured oceans of space for him to exploit on the counter. And he duly did, using his pace and ability to attack space behind the onrushing Bordeaux wing back to wreak havoc against a retreating, unsettled backline.

Upon factoring in his dribbling, which saw him maraud forward to either beat his man with his speed, wicked body feints or smart changes of pace and direction, this amplified his menace.

Exerting himself heavily on the defensive end as well, Martins was vigourous in his pressing and counterpressing, plus backtracked robustly to support his teammates, which would’ve endeared himself to his manager further.

Following this accomplished body of work, where he proved what a brilliant option he is for Monaco, this will be a major confidence boost for him after missing so much action. His excellent output will also crucially bring back some positivity surrounding him following his lengthy ban last year for pushing a referee.

Although he isn’t a nailed-on starter, whether coming off the bench or playing from the outset, the tricky, unpredictable Martins is unquestionably a handy option for Kovac to have in his squad – which his performance against Bordeaux certainly underlined.