Monaco’s player ratings from their commanding win vs. Metz 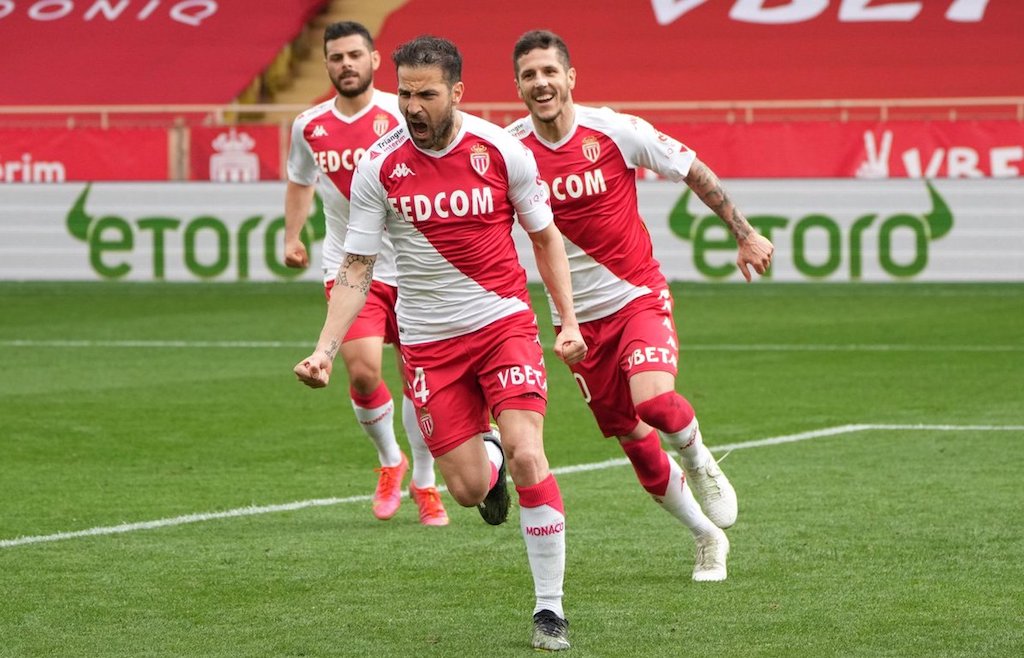 AS Monaco produced a sensational second half display to defeat Metz 4-0 at the Stade Louis II, with goals from Cesc Fabregas, Kevin Volland and Wissam Ben Yedder (two) securing all three points. Here are our player ratings from the match.

Benjamin Lecomte (6.5): Came up with the goods when his team needed him, as he produced a masterful save to deny Lamine Gueye with the score at 0-0. Sound with his passing and looked assured, as Monaco kept their fifth clean sheet from their last six games.

Djibril Sidibe (6.5): Confident showing from the World Cup winner, with him excelling especially on the defensive end. Strong, fast and remaining concentrated, Sidibe undertook his role with success. Replaced by Chrislain Matsima.

Guillermo Maripan (6): Although he had the odd challenging moment, the Chilean was largely sound. Dominant in the air and forceful in his duels, he did what was required of him to shut down the Metz frontline.

Axel Disasi (7): Impressive showing in the heart of defence by Disasi, as he repelled many an attack with his defensive prowess. So quick, physically imposing and an excellent reader of the play, Monaco’s captain for the game proved his worth emphatically.

Caio Henrique (6.5): Always causing danger going forward with his slick runs and was defensively secure too. Rewarded his efforts by supplying a tidy assist for Wissam Ben Yedder to score his team’s third.

Eliot Matazo (7.5): Stepped up brilliantly in the absence of Aurelien Tchouameni, as the youngster shone brightly in central midfield. Chimed in with many valuable interventions on the defensive end and looked assured in his passing. Capped off his sterling body of work by providing a lovely assist for Kevin Volland. Replaced by Florentino Luis.

Youssouf Fofana (7): Fantastic at winning back possession as ever with his anticipation, tackling and energy key in breaking down many a Metz attack. Coherent with his actions in possession too, as the dependable Fofana continued what’s been a tremendous campaign.

Cesc Fabregas (6.5): Starting his first league match since November, the Spaniard marked the occasion with a goal from the penalty spot. His technical quality, creativity and intelligent movement were all key for Monaco from his advanced position. Replaced by Gelson Martins.

Aleksandr Golovin (6): Showcased glimpses of his undeniable talent and worked hard, but wasn’t at his best, with him unable to have the desired impact. Exertions at international level certainly seemed to hamper him. Replaced by Krepin Diatta.

Kevin Volland (7): A persistent threat with his movement, technical gifts and understanding with his teammates meaning he was a nuisance for the Metz backline. Combined smartly with his colleagues and looked dangerous in and around the box on his way to scoring Monaco’s crucial second goal.

Stevan Jovetic (6.5): Although he ultimately couldn’t find the back of the net, he was still a constant threat going forward. Notably won the penalty that allowed Monaco to open the scoring. By the numbers, his four shots, three successful dribbles, three fouls suffered and two won aerial duels demonstrated his menace. Replaced by Wissam Ben Yedder, who bagged a brilliant brace to seal the victory.