Analysis: Tchouameni continues his remarkable campaign for AS Monaco 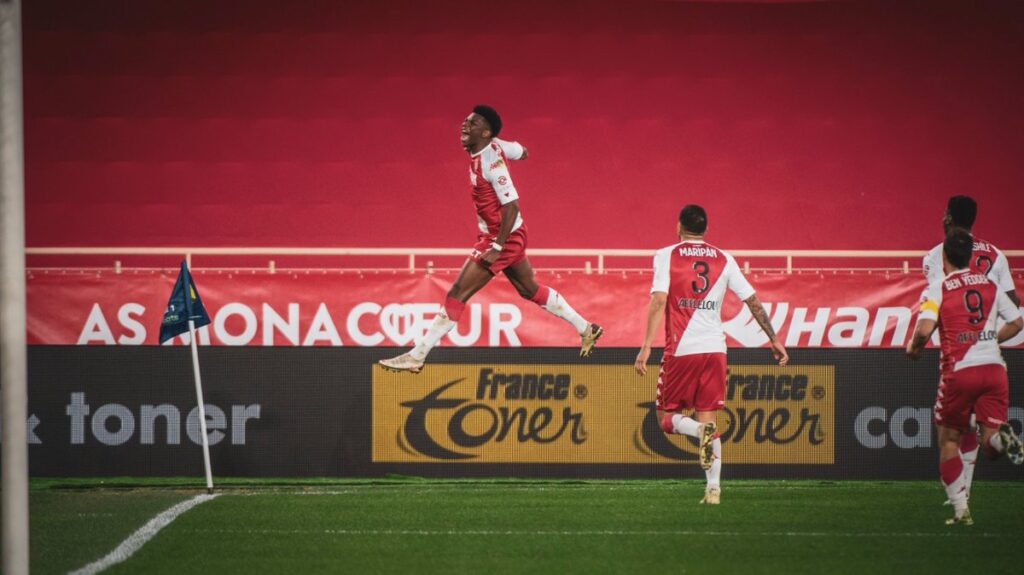 Aurelien Tchouameni continued his incredible season by putting in another exceptional shift in the heart of midfield against Rennes.

In what was his 35th Ligue 1 appearance of the campaign, he demonstrated why he’s been Niko Kovac’s most used player this term, for the man who’s racked up 2983 minutes of action was an integral figure in guiding AS Monaco towards a crucial 2-1 victory.

Contributing effectively on both sides of the ball, the gifted Frenchman got through a power of work to help his team get over the line.

Although he wasn’t as heavily involved as he usually is going forward, he still stamped his mark in an attacking sense. Passing the ball coherently to either shift the angle of attacks, break the lines, switch play or recycle possession calmly as he waited for an opening, he was measured in his distribution.

Keeping things ticking over and helping Monaco progress up the field, he supplemented this with his movement, which saw him find space to be an outlet and lure opponents out of shape to open passing lanes to a teammate.

In a match where he unleashed four shots and had two touches inside the area, his cleverly timed runs into the final third were another highlight. Timing his surges from deep brilliantly to arrive into excellent areas undetected to catch out Rennes by surprise, this part of his game enhanced Monaco’s threat.

Meanwhile, on the defensive end, Tchouameni really proved his class, showcasing his awareness, smarts, tactical discipline and athleticism to make life difficult for his foes.

Often matched up against the outrageously gifted 18-year-old Eduardo Camavinga, Tchouameni did a fine job of limiting his impact by pressing him aggressively, tracking his runs deep and by imposing himself physically on the youngster. Keen to get touchtight so Camavinga couldn’t cleanly control the ball or turn him, this was a key reason towards Monaco limiting his influence.

Boasting a towering 185 frame, Tchouameni used this to good effect to outmuscle and unbalance his opponents as well. Combining strength, slick reading of the play and quick reactions, he was able to time his interventions to regain possession for his team in the tackle and when picking up loose balls.

It was important to note how he’d shift across and help his team create a defensive 4v3 overload in wide areas, which pinned Rennes against the touchline. In doing so, this meant their options were blocked off, thus forcing them into relinquishing possession.

Moreover, the way he’d rush back to support his backline and be ideally positioned to give his team an extra number to win second balls offered further testament to how efficiently he parlays hard work and intelligence.

Executing his multifaceted role wonderfully to help his team regain possession, protect the space in front of his defence, press when need be, support his colleagues and shut down Camavinga, Niko Kovac would’ve been delighted with his stopping efforts.

Evidently relishing working under Kovac’s expert tutelage, the former Bordeaux prodigy recently spoke on how important the Croatian has been in his development. “I feel the confidence of the coach and my teammates in developing my game. It’s good for me and for the team. We’re having a great season, but it’s not over yet. My game has developed along with the team. We have done a good job,” he insisted.

“When I arrived in January 2020, I went through a period of adaptation because I had just joined a new club. Then there was the arrival of Niko Kovac in July. I was convinced that people would be able to discover the best side of my game over time.”

Coming on in leaps and bounds this term, Tchouameni has firmly established himself as one of the premier central midfielders in Ligue 1, where he’s shone brightly alongside fellow youngster Youssouf Fofana.

Still just 21 and progressing all the time working in such ideal confines to improve his game at Monaco, his latest performance in the win vs. Rennes was yet another indication of what a valuable piece of Kovac’s framework he is.