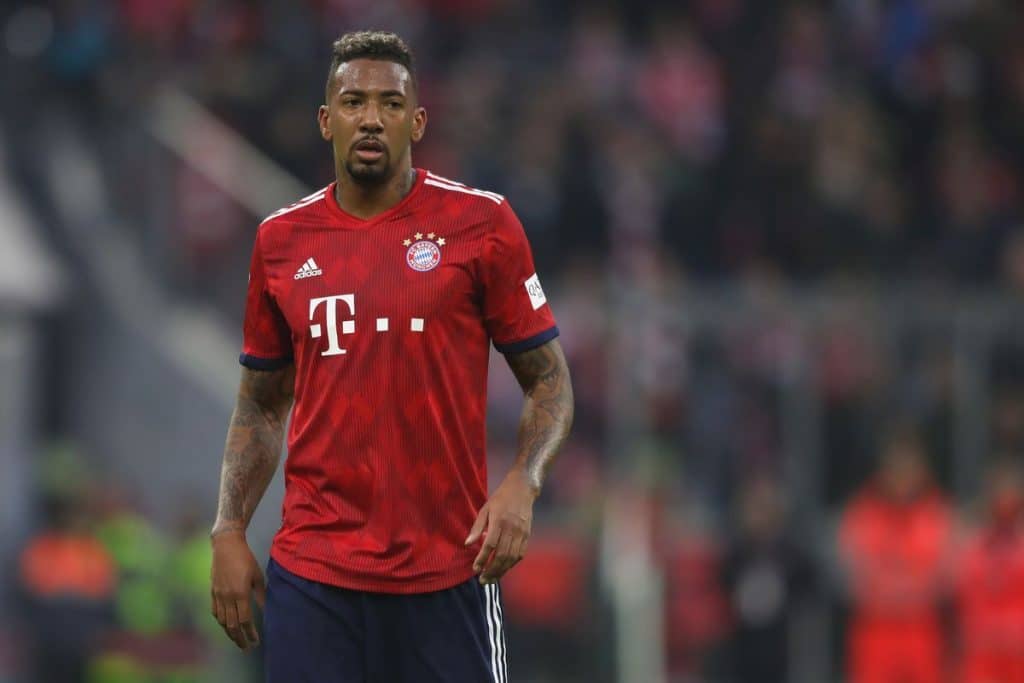 Upon hearing the news linking Jerome Boateng with a move to AS Monaco, this would be a sensible piece of business were it to happen on many levels.

To start with, the fact he’s available on a free transfer after his contract expired at Bayern Munich should make any potential deal smoother to get over the line.

Having previously worked under Niko Kovac at Bayern, he’d importantly be familiar with his methods, which would ease his integration into life on the French Riviera. Seeing as the Croatian tactician is clearly a big fan of the veteran, there’s every reason to suggest he’d be on board with the signing too.  “Boateng’s performances, both in training and in the match, have been very good,” Kovac explained after they won the Bundesliga title back in 2019. I’m very satisfied with Jerome, as I am with the rest of the squad as well. His concentration and quality are exceedingly good.”

Moreover, his tremendous experience and winning mentality would be a great asset, as the World Cup winner, two time Champions League winner and nine time Bundesliga champion would be valuable in helping his younger colleagues.

Considering he’s worked with some incredible coaches including Pep Guardiola, Jupp Heynckes, Carlo Ancelotti, Hansi Flick and Joachim Low, he unquestionably has learned plenty, which he’ll be able to pass on to his younger teammates. Indeed, this would be especially vital in supporting the development of young central defenders Benoit Badiashile and Chrislain Matsima.

Although he’s now 32 and wouldn’t be able to play every minute of every game in what will be a busy campaign both in Europe and domestically for Monaco, Boateng would add some crucial depth and quality to their defensive ranks.

Even though he’s not as quick as he once was, his impressive efforts for Bayern last term showed he’s still a high level defender capable of competing at the top of the sport.

Typically precise in his positioning and awake to nearby threats, this certainly goes along towards making up for his diminished speed. So good at reading the play and tailoring where to be situated, this ensures he breaks up many attacks.

Forever assessing what’s going on around him, Boateng usually makes good decisions whether to track runners in behind, follow them when they drop deep, shift across, drop back or support a colleague.

A fine organiser of his backline who shows immense leadership, this sees him communicate with his comrades so they get their spacing on point, know when to step out, retreat as a collective or advise them on any adjustments that are required.

Strong in the duel and physical in his challenges, his ball winning ability is still a fine asset, with the physically imposing defender adept at regaining possession.

In addition, the man who stands a towering 190cm holds his own in aerial confrontations too, where he reads the ball’s flight path and trajectory smartly to tailor his leap and positioning to enhance his chances of clearing danger.

Meanwhile, the fact he’s such a weapon going forward duly adds to his worth. Beginning with his passing, and the former Manchester City man’s masterful range and execution ensure he excels during build up.

So composed while assessing his options, Boateng coherently chooses the best option to target. Whether recirculating possession quickly, finding the feet of attackers with line breaking passes, hitting trademark switches of play, striking through balls in behind or engaging in sharp interplay, he has a pass to match any scenario.

Comfortable in the face of pressure and on the ball, his dribbling to either gain territory, weave out of trouble or lure out pressers to create space that can be accessed directly or via a third man combination are highlights. Resistant to pressure and hard to outmuscle in possession, the powerful Boateng rides challenges well and keeps his balance to maintain control under duress.

Boasting an exceptional knowledge of where to move in order to form positional and numerical superiority when building out from the back, this gives his team an edge in manipulating and beating the opposition first line of pressure.

As regularly seen during his time at Bayern, he spread wide to stretch pressing structures, knew where to move to offer supporting passing angles and adapted coherently to a variety of different build up schemes depending on the opposition and manager at the time.

Progressive, two footed, ambitious and an effective orchestrator of offensive passages, this aspect of his play would be a massive benefit to Kovac’s Monaco.

With a host of teams joining Monaco in being credited with an interest in him, including Tottenham Hotspur and AS Roma, a decision on his future appears some way off still. “I don’t know where I will go yet, but I have a clear idea in my head,” Boateng said in an interview with Kicker.

“I’ve had a great season and didn’t miss a single game through injury. With the shape I’m in, I can definitely play at the top level for another two or three years. After that, you can always go somewhere where the demands aren’t as high. If it becomes a struggle at some point, I’ll stop playing.”

While he’s not at the peak of his powers, there’s no doubting he has what it takes to play at the highest level, which would make him an astute addition for Monaco, where he’d be an asset not only on the pitch, but also off it.

With the Kovac connection and many other factors in their favour in the chase for the gifted defender, it’ll be a case of wait and see in regards to the future of Boateng.