Does Nice have what it takes to make the UNESCO World Heritage List? 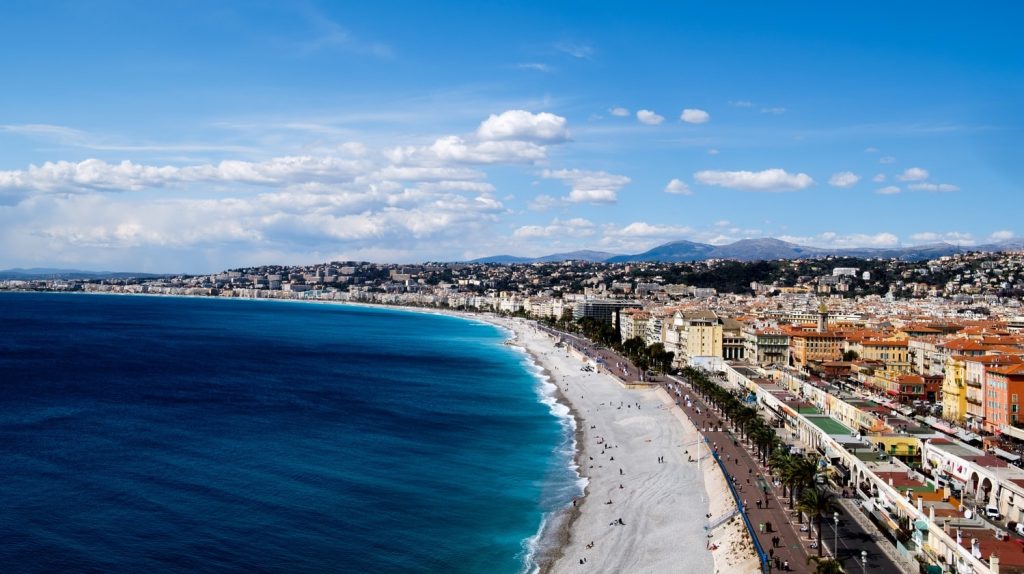 Judged to be exceptional cultural sites, UNESCO has named several spots in the combined Provence-Alpes Côte d’Azur (PACA) region on their World Heritage List. Whilst Provence dominates with its array of Roman ruins, the Côte d’Azur is finally getting its time to shine this summer, as Nice features amongst the 2021 UNESCO nominations. Let’s see what Nice has to offer and take a look at the Provençal sites beating the Côte d’Azur to a coveted UNESCO label so far.

The town of Arles dates back to 1 BC. Amongst these cobbled streets and stone houses, you will find some stunning Roman ruins. Visit the Constantine thermal baths, head underground through the cryptoporticus gallery, or head inside the Church of St. Trophime. Whilst chariot races are long gone from the amphitheatre, you can now watch music concerts and other events within these ancient walls!

With a rich religious history and its Roman palace, Avignon was the seat of the Catholic church in the 14th century. An imposing structure, it towers over the city centre and has a fortress-like appearance. If you walk a little further north, you will see four of the original 22 arches of the Avignon bridge, stretching out over the Rhone. In keeping with this religious theme, there is even a small chapel in the middle of the bridge too.

Ever wondered where the highest Roman aqueduct in the world is? Well, wonder no more. You will find this 50m tall bridge in between the towns of Remoulins and Vers-Pont-du-Gard, stretching across the banks of the Gardon. Three tiers of arches rise up from this river, all made from local limestone, previously used to supply the nearby town of Nimes with water.

You can make the most of the outdoors here by taking a dip and swimming in the same spots as the Roman rulers, or walking the 1.4km nature trial. During you adventure, their official website promises you will see “juniper, olive trees and honeysuckle” in this “exceptional landscape”.

4. A Roman theatre and the triumphal Arch of Orange

Whilst people still debate when the arch was built, most can agree it is incredibly impressive, including UNESCO, after they added it to their list back in 1981.

Built during the time of Augustus, this ancient arch stands at the entrance to the town, inviting you to walk through and make your way to the theatre. Once inside, admire the 103m façade, before closing your eyes and imaging the entertainment of centuries gone by, with gladiator combats, animal slayings and executions all likely to have taken place in this open-air venue.

Does Nice have what it takes to become the latest UNESCO treasure?

Despite not having an amphitheatre, temples or any Roman artifacts to its name, it looks as though this city on the Côte d’Azur is in with a chance of joining Provence on the list in 2021.

With its colourful old town, the Promenade des Anglais, hinterland mountain views and much more seducing tourists, urban development in Nice has skyrocketed over the last 200 years. As a result, France has nominated it for UNESCO accreditation this year. According to Franck Riester, Minister of Culture, it is important to “recognise a new type of urban planning that is cosmopolitan and leisure-orientated.”

So, will Nice add a touch of culture from the Côte d’Azur to the PACA region’s UNESCO World Heritage sites, dominated so far by Provençal ruins? Only a few weeks remain to find out, but as travel abroad remains tricky, now is the perfect time to be a tourist in your own country. So why not go and check out the culture on offer and see these sights for yourself!