Three tactical takeaways from AS Monaco’s friendly win vs. Wolfsburg 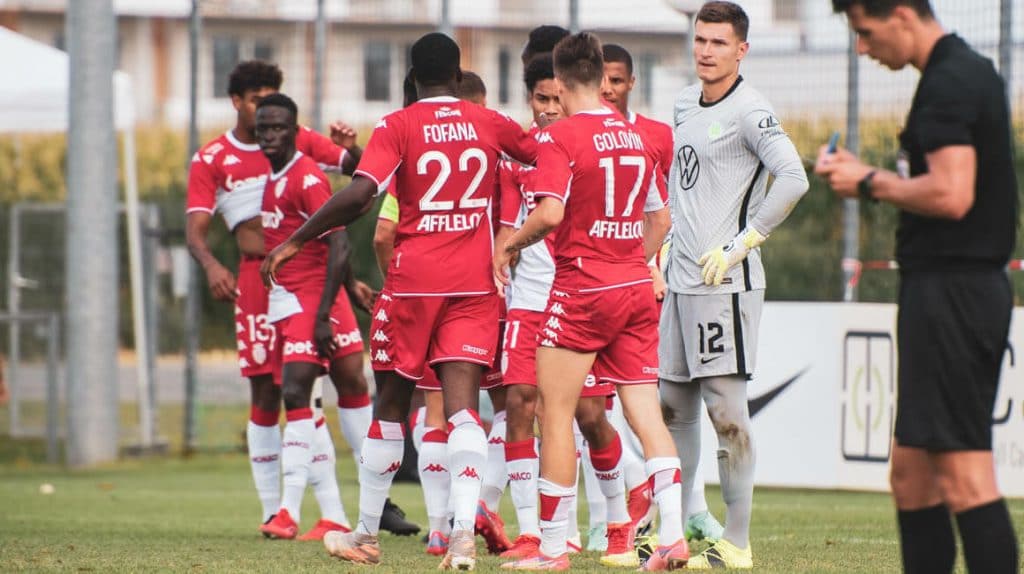 AS Monaco maintained their unbeaten start to their preseason campaign by obtaining an accomplished win over VfL Wolfsburg.

In a match where plenty of upside could be extracted against high level opposition, who finished fourth in last season’s Bundesliga, Niko Kovac cut a content figure when speaking on his team’s performance. “I draw a lot of positives from our performance against a strong team who will play in the Champions League group stage. The boys gave a lot and they’re trying to reproduce certain patterns worked on in recent weeks in training. It’s encouraging,” he insisted.

“The results are only of relative importance in a preseason. What matters most to me is attitude, a willingness to succeed, and their state of mind. These are the elements that we saw on display this afternoon and throughout the course of preseason.”

Controlling proceedings pretty effectively with and without the ball, plus producing a strong comeback from a goal down, there’s no doubting this outing was another step in the right direction for Les Rouge et Blanc ahead of what looms as an exciting season for the club. Indeed, this gives us a good chance to identify three tactical takeaways from this solid friendly win.

Aside from executing slick rotations with each other to unbalance their markers, the way they manufactured ideal 2v1s against opposition left back Paulo Otavio gave them a platform to find joy down this side.

Especially dangerous following quick switches of play, Otavio often faced tough decisions on who to mark, with him naturally having to choose to mark one man and leave the other. Due to Wolfsburg being slow to shift across, Monaco constructed many threatening passages to allow Martins to attack the box with blindside runs or Fabregas to get on the ball with time and space.

Seeing as Wolfsburg frequently had a large distance between Otvaio and his nearby central defender, Monaco were able to find joy through either Martins or Fabregas targeting the open channel too.

Looking dangerous throughout his 45 minutes afield, Enzo Millot’s intelligent movement provided him with a sound platform to wreak havoc. Essentially playing as an inside left, the gifted 19-year-old excelled at both finding space for himself and creating openings for others.

Picking his moments when to drop deep, Millot was valuable in providing his defenders and midfielders with an outlet to bypass Wolfsburg’s organised pressing. Identifying gaps behind the first line of pressure while generating 3v2 overloads for his team to progress, his nous here shone.

In addition, the way he occupied clever areas in between the lines and in the final third, plus embarked on the odd run in behind and switched positions so Caio Henrique could underlap, continually kept his foes guessing.

Millot compounded issues for Wolfbsurg by drawing opponents to manufacture space for others. Knowing he’d usually get tracked when he checked towards the ball, this enabled Henrique and Wilson Isidor especially to exploit the vacated space to either receive in freedom or surge in behind into the gaps.

Showing a promising understanding with his teammates and underlining what an exciting prospect he is, it was fantastic to see him put in a shift littered with upside.

Despite only playing 30 minutes, Aleksandr Golovin showed his tremendous class by helping change the game for Monaco. Instrumental in getting Monaco back into the game to level the score, he smartly drew Wolfsburg fullback Jerome Roussillon inside to free up Krepin Diatta out wide, which gave him room to fire in a dangerous cross that Sebastiaan Bornauw bundled into his own net.

Then, for Monaco’s second, his contribution was much more tangible, as his masterfully timed run into the box allowed him to arrive unnoticed to apply an athletic first time finish.

So smart, technical and aware of his surroundings, Golovin’s clever positioning to connect attacks and tidy passing also deserved mention from what was an outstanding cameo.