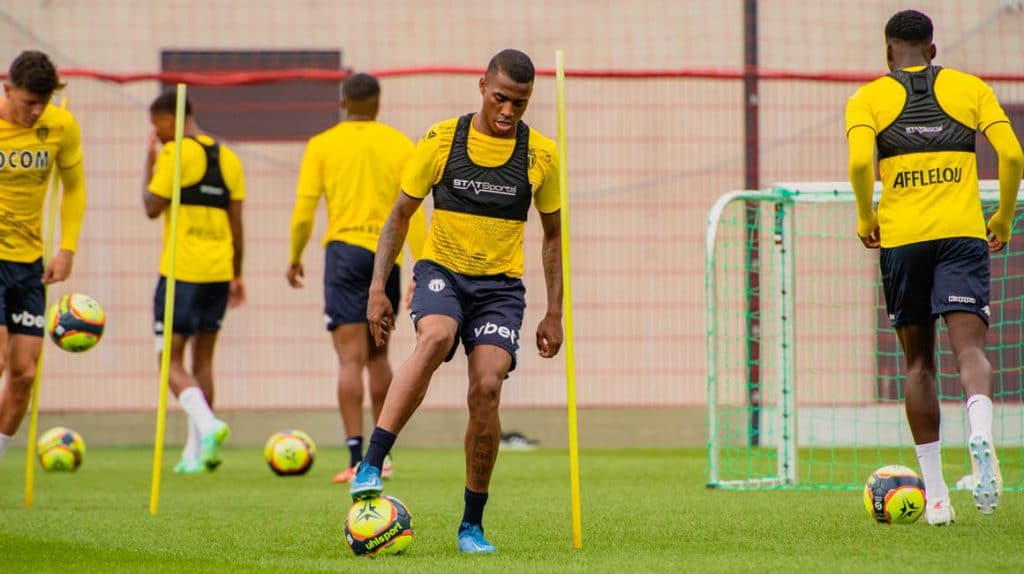 Starting Jean Lucas just days after joining AS Monaco was a real show of faith by Niko Kovac. And the gifted Brazilian repaid his manager’s trust impressively by putting in an extremely positive shift in the heart of midfield.

Slotting in seamlessly alongside Aurelien Tchouameni in place of Youssouf Fofana for the Ligue 1 opener against Nantes, Lucas hardly put a foot wrong throughout his 82 minutes of action. Looking right up to speed, he fulfilled his duties with aplomb on both sides of the ball, as he clearly took on board Kovac’s instructions coherently.

Full of tenacity and intensity on the defensive end, the former Olympique Lyonnais man was vital in winning back possession and cutting out attacks with his positioning. Aware of danger and timing his interventions shrewdly, he excelled at regaining possession through his counterpressing immediately after possession was lost and when defending in deeper areas.

Applying fierce pressure and showing good awareness of triggers, it was notable how he’d pick his moments precisely when to ramp up his harrying such as when an opponent was about to receive side on or with their back to goal.

Even though Monaco dominated a huge portion of the match, the fact Lucas chimed in with nine ball recoveries, seven tackles, two won aerial duels and won 16 overall duels demonstrated his stopping value.

With Les Monegasques enjoying 75% of the possession, the 23-year-old featured prominently offensively. Showing a good understanding of where he needed to be, he was always offering himself as an outlet to support build up and wide attacks.

By connecting play while avoiding opponents, this helped Monaco progress through the thirds and bypass Nantes’ first line of pressure comfortably. Indeed, by venturing slightly wider into the half spaces, this meant he could receive with greater time and space to assess his options and execute while providing balance behind his nearby wingback and attacking midfielder in case of a turnover.

Working brilliantly with left sided attacking midfielder, Sofiane Diop, and left wingback, Caio Henrique, the trio were at the heart of many dangerous passages. Funnelling 42% of their attacks down this side, Monaco’s intent was clear to get at their foes in this area.

Often forming triangular 3v2 and diamond-like 4v3 overloads (when Benoit Badiashile advanced), Lucas and co. were great at drawing out markers before finding the free man directly or via a third man combination.

It was also notable how he’d strategically position himself to open forward passing lanes by attracting his marker with nifty lateral movements, plus how he performed the odd interchange with Tchouameni. Once Fofana entered the pitch, Lucas showed his versatility by playing 10 minutes in an advanced midfield role, where he found space smartly too before being substituted.

Once in possession, the Brazilian was efficient and effective for the most part. Passing the ball smoothly horizontally, vertically and diagonally, he kept things ticking over nicely, as Monaco waited for a weakness in the defensively geared Nantes shape to develop. Moving the ball quickly, the two footed midfielder typically opted for one and two touch passes to keep the tempo up so gaps could subsequently be exploited in the shifting Nantes setup.

While he regularly recycled possession with short passes, it was positive how he threaded some neat through balls into Henrique, found attackers between the lines and switched the play crisply. Lucas’ set piece prowess shone through too, with him firing in a couple of enticing corners and coming close to scoring from a free kick.

Precise with his first touch and ball control, the way he embarked on some speedy driving dribbles from deep added another element of danger for the Canaries to deal with.

Earning praise from Kovac following his encouraging debut, his all-encompassing shift gave the fans a first hand look at why Monaco shrewdly secured his services last week. Sporting Director Paul Mitchell’s comments on his arrival certainly rang true following his classy shift vs. Nantes. “We are delighted to have Jean Lucas join AS Monaco. Jean is very much a modern midfielder with technical qualities that allow him to function in many roles in the midfield area. We are convinced that this ability to play different positions will be an asset to not only our organisation but also enhances his chances to fulfill his high potential at AS Monaco,” he explained.

“At 23 years of age, he has experience with two of the most famous Brazilian clubs and also knows French football and its demands, having played in France over the last few seasons. His versatility and playing profile will give Niko another really strong piece in both the midfield and attack.”

Set to play a crucial role and add vital depth to Monaco’s midfield ranks in what will be a busy season, Lucas’ first game in Monaco colours looks to be a fine omen of things to come.