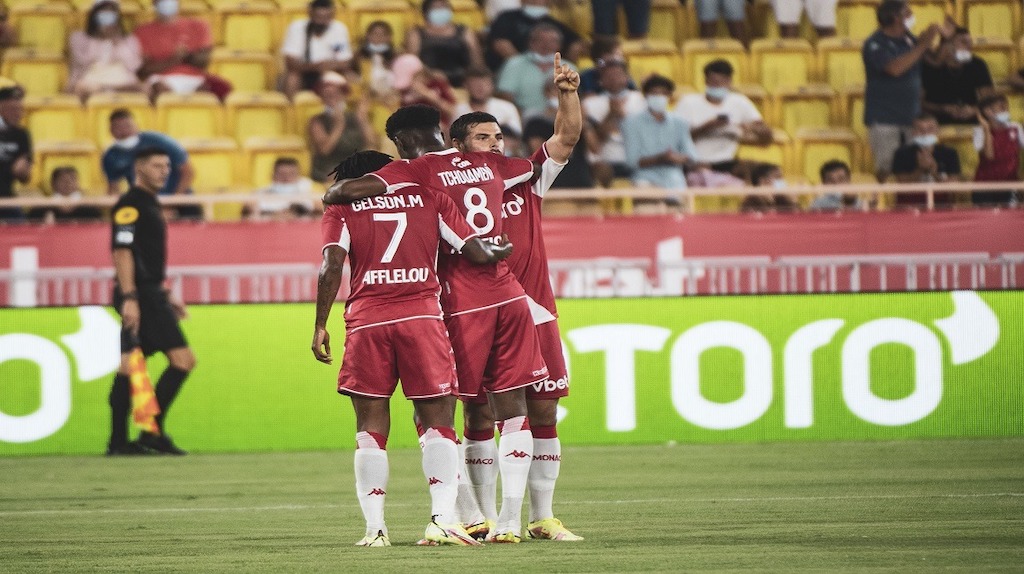 Despite starting their Ligue 1 opener perfectly by taking an early 1-0 lead against Nantes, AS Monaco were unable to capitalise, as Nantes levelled in the 42nd minute before holding out for a 1-1 draw.

Monaco had been waiting for the return of fans to the stadium for a long time. Moments before the kick-off, there were many around the Louis II, impatient at the idea of returning to their home. So naturally, throughout the match, and after having paid a vibrant and poignant tribute to Jean-Paul Chaude, former president of the Monaco Supporters’ Club who died last May, the Monegasque ultras sang, without stopping, to encourage the red and white team.

In a match where Monaco dominated proceedings and created plenty of opportunities, they were ultimately left to rue their missed chances in front of Prince Albert II and Dmitry Rybolovlev, accompanied by his youngest daughter Anna, who did not miss a single second of the first match watching from the Louis II’s tribune princière.

Although pleased to hand Jean Lucas and Myron Boadu their debuts, a frustrated Niko Kovac expressed his thoughts on the result afterwards, noting: “Of course we hoped for victory. But the other team also. They only had one chance and made it happen. For our part, we got a lot of chances without being able to score more. We’re a little disappointed, but that’s football. We started in the same way last season (2-2 against Reims). We must move forward.

“The first half was very good. In the second half, Nantes curled up and defended very well. We played too much in the heart of the game instead of playing on the outside with Caio in particular. But I saw some very good things in the first half.”

Kovac will now swiftly shift the team’s focus to the second leg of their Champions League qualifier against Sparta Prague, where they’ll be hoping for a positive result to ensure progression to the next stage.