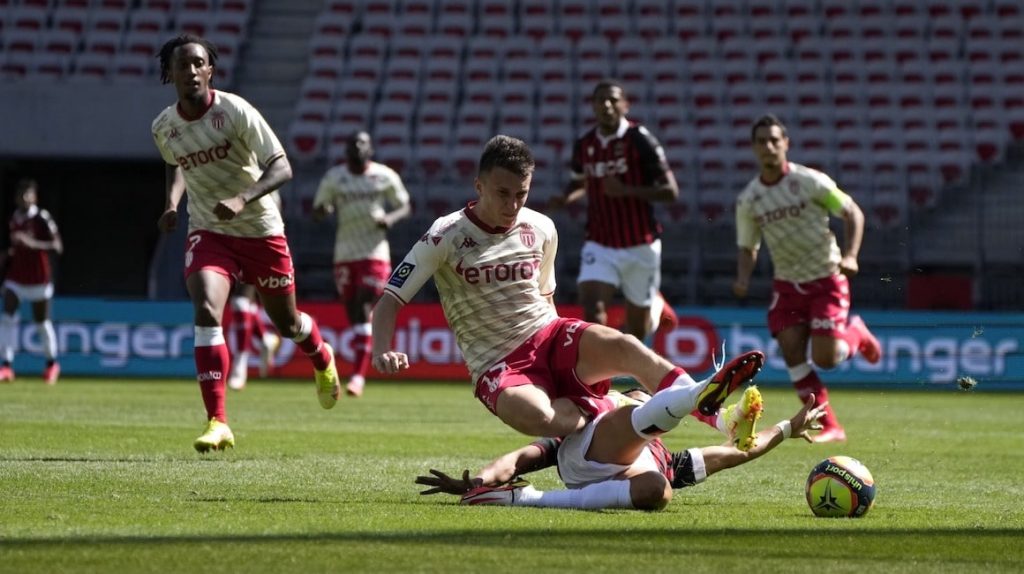 Despite looking good and dominating the first half of the match, AS Monaco ultimately had to be content with a 2-2 draw with OGC Nice in the Cote d’Azur derby under the eyes of Dmitry Rybolovlev alongside his daughter Ekaterina Rybolovleva with her husband Juan Sartori.

Having started the clash impressively and imposing themselves on Christophe Galtier’s high-flying Nice, Monaco controlled possession and kept their talented rivals quiet. After generating some promising openings, Aleksandr Golovin deservedly put the visitors in front in the 39th minute following a neat move, which was incredibly the first goal Nice had conceded this season.

Although Les Monegasques led at the break, Les Aiglons quickly got themselves back into the game through an Andy Delort header. The home team then took the lead courtesy of Hichem Boudaoui, before Wissam Ben Yedder equalised from the penalty spot three minutes later.

The final 10 minutes of the clash saw plentiful drama, with Amine Gouiri missing a spot kick and Myron Boadu coming close to finding a winner for Monaco.

Despite Monaco edging their foes in possession (51% to 49%) and duels won (46 to 34), the key figure that underlines they were the more dangerous side came from their Expected Goals ascendancy, which saw them register 2.69 compared to Nice’s 1.93.

Youssouf Fofana put in a classy shift in the heart of midfield to help his team on both sides of the ball. Competing hard alongside Aurelien Tchouameni against Nice’s duo of Pablo Rosario and Mario Lemina, Fofana held his own. By the numbers, the fact he was fouled five times (most of any player afield), won seven duels, made six ball recoveries and chimed in with two interceptions evidenced his strong body of work.

Niko Kovac cut a reasonably content figure after this entertaining derby, with him summing up the game insightfully. “I would say the game was 50-50,” he stated. “We dominated in the first half. Nice were the best team in the second half and we are happy not to concede a goal on their penalty. On the face of the match, the result is deserved for both teams. Scoring two goals in Nice, which hadn’t taken any so far, is a small satisfaction.”