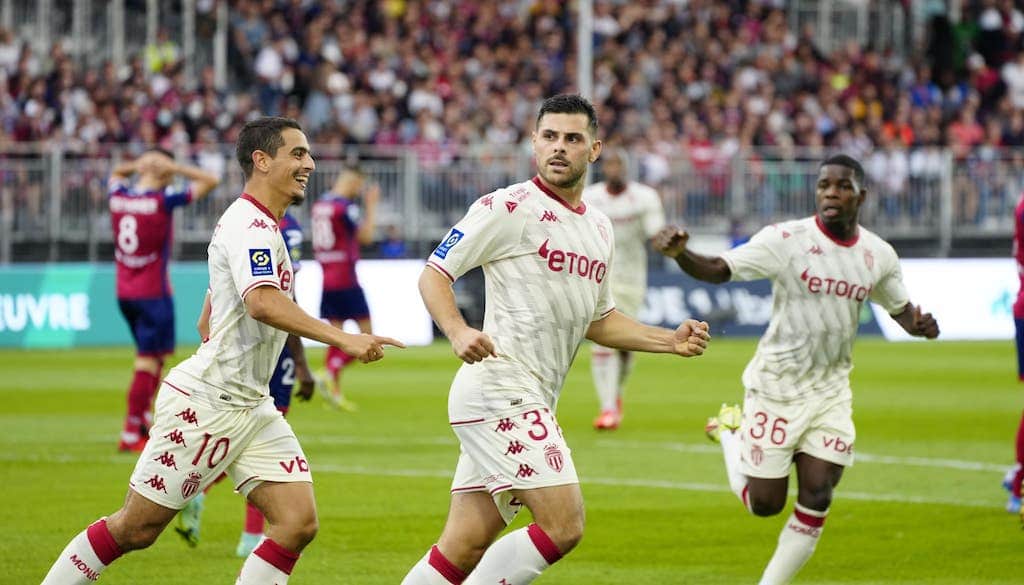 Efficient and clinical in front of goal, AS Monaco recorded their third Ligue 1 win of the season by defeating Clermont Foot 3-1 away from home.

Despite running out comfortable victors in the end, the match certainly didn’t start as hoped for, as Mohamed Bayo gave Clermont the lead in the seventh minute with a clever guided finish.

Monaco quickly got back on level terms, however, with Caio Henrique, who embarked on a wicked underlap, sliding a super pass into the feet of Wissam Ben Yedder to score. The class of Ben Yedder deserves special mention here, for the way he protected the ball from his marker to turn them and then round the keeper to finish was a joy to watch.

Going into the break at 1-1, things didn’t stay this way for long, however, with Henrique breaking forward down the flank this time to supply a wonderful cutback into the path of Kevin Volland, who applied his finish with aplomb to give his team the lead.

Sofiane Diop then sealed the win with an ingenuitive back heel flick goal after combining smartly with substitute Myron Boadu. Diop’s goal was the perfect reward for his outstanding body of work since coming on at half time, as he helped Monaco gain some control and added some vital creativity to their offensive phases.

Claiming all three points even though they weren’t at their best against an excellent Clemont team, that were good in possession and pushed them hard, was a very positive sign.

Indeed, the fact their foes had more shots (12 to six), created more chances (11 to eight) and had more possession (54% to 46%) showed what a force they were in their own right.

“All games are tough. After this second positive result, we are very happy,” explained a relieved Djibril Sidibe after the match.

“We were keen to take a step forward this season but we had a complicated start to the season. It’s important to win against this great team. We were a little shy at the start of the game, but we were able to pull ourselves together. “

Obtaining their second straight league win and now undefeated in their last four matches in all competitions, Les Monegasques have crucially found some form after a challenging start to the crusade.

Scoring goals and looking far more stable at the back, they’ll now be hoping to carry their positive momentum into their captivating Europa League clash with Real Sociedad on Thursday night.