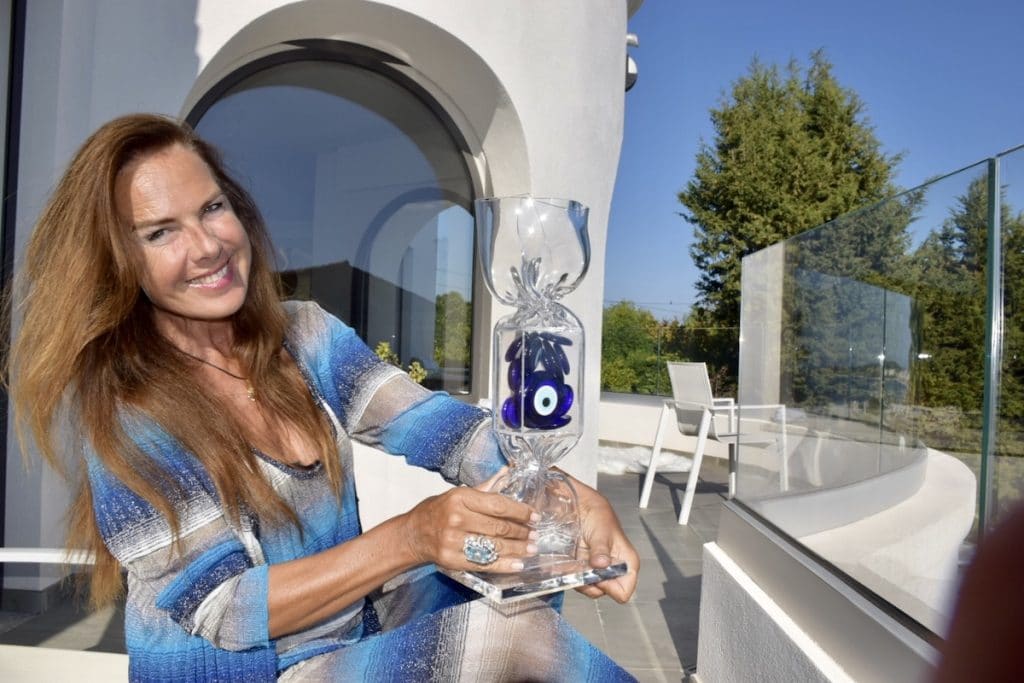 Laurence JENK, aka Jenkell, makes giant candy sculptures that are exhibited all over the world.

Contemporary artist Laurence Jenk welcomed us into her studio in Vallauris. A studio that is full of candy sculptures of all sizes and colours that the young woman has created in recent years.

Her supersized sweeties have already popped up in several cities on the Côte d’Azur, but also in Monaco, in particular in front of the Monte-Carlo Bay, where you may have seen the 950 kilo white marble candy!  “I love Monaco,” says the artist. I feel good in Monaco, it’s a place where you feel good, where life is good, especially for collectors. I am happy that [my work] has found such a beautiful showcase. But I don’t want Monaco to turn into a candy jar, far from it! A sweet is meant to be savoured…”

My little classmates would get sweets for their birthdays, but I wasn’t allowed any at home.

A frustration that fuelled a passion

And Laurence Jenk dreamed of savouring sweeties when she was little. But at the time her mother refused to give her any, as she was concerned about her health. “So while my little classmates would get sweets for their birthdays, I was absolutely denied them at home” says Laurence Jenk.

Her frustration gradually turned into an obsession, then into creation. Without any artistic training whatsoever, Laurence Jenk gave up her job in communications to start creating, as a self-taught artist.

Laurence used her daughters’ sweets to create her first pieces, in the year 2000. The artist melted the confectionery in her oven. “I wanted to see what would happen if I melted candy in an oven and I realised that it was very interesting to have that mixture of colours, those smells… It was real chemistry! I used to make “trap-boards”, where I would imprison melted, coloured, charred candies. (…) Then I would put them in transparent plexiglass boxes. »

But after several years of making those, the question was what to do with all the plexiglass scraps? Her concern for the environment, her creativity and imagination led Laurence Jenk to gather up the offcuts and try to recycle them, by melting them down in a kiln too. The artist experimented with twisting the pliable substance, and, unwittingly, produced another piece of candy. The famous sculptures were born.

From Paris to Hong Kong, via New York, Dubai, London and Miami, Laurence Jenk’s sweets – unique pieces made from plexiglass, bronze, aluminium or even Murano glass – travel to the four corners of the globe. The artist is even ranked 430th in the top 1,000 international contemporary artists sold at auction in the last twenty years, according to the special ArtPrice 2020 report.

She received the ‘Chevalier de l’ordre des Arts et des Lettres’ in 2019, and again on September 8 this year in the presence of many members of the Monegasque Government. Laurence Jenk says she is very attached to the Principality. In fact the artist has contributed her artistic touch here on many occasions.

In addition to the marble sculpture in front of the Monte-Carlo Bay, Laurence Jenk donated a 1m90 piece to the Monaco Red Cross in July, at the association’s first summer concert.

I’m far from finished with the candy project!

The artist has also had her own exhibitions in the Principality, in particular in the Espace 22 gallery in the spring. The sweets appeal to many people’s taste and for the moment, the artist has no intention of moving on. “The candy project is far from over, since it’s been going for almost 20 years and I’m still in it. I still have a lot of variations in mind, especially using the twisting technique. I certainly have tried other projects and I do other things on the side, but candy is an obsession … It is a sculpture that speaks to everyone and engages them. Besides, there are plenty of people who do not know my work, and I think that’s fabulous, because it just proves that we haven’t come to the end of the story, quite the contrary in fact! This is only the beginning,” says Laurence.

Laurence Jenk is currently looking for a new studio, ideally in the Principality, as she intends to boost her creativity and work on new projects with other artists. The artist ended on a mysterious note: “Jenk will be back in Monaco before the end of the year”, she smiled. 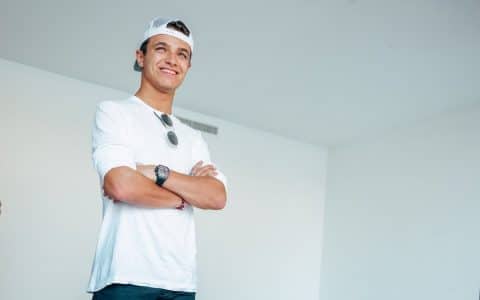