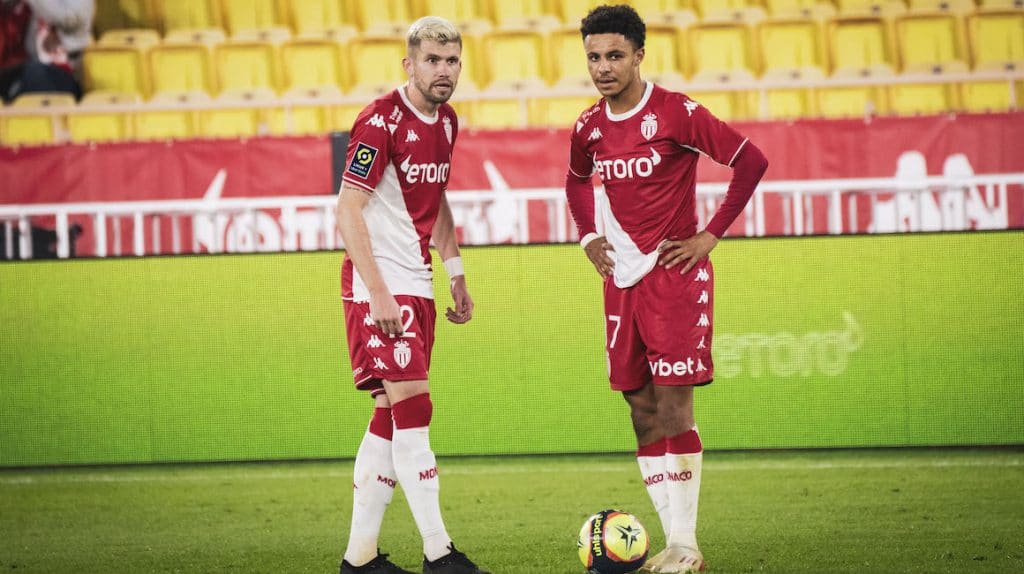 AS Monaco’s return to Ligue 1 action following the international break couldn’t have gotten off to a worse start, with them quickly finding themselves two down within the first 10 minutes vs. Lille.

Despite this setback, their reaction afterwards was certainly impressive, for they regained their composure and control of the match to produce a spirited comeback to draw 2-2.

One of the chief catalysts towards improving their fortunes was undoubtedly Sofiane Diop, as the hugely gifted youngster’s wizardry helped them gain a deserved point. Starting the match as Monaco’s left winger before Niko Kovac altered his formation, which saw him operate essentially in more of a number 10 role, Diop was a key driving force throughout.

A genius with the ball at his feet, his Velcro like ball control, elite first touch and array of maneuvers ensured Lille found him a challenging opponent to keep quiet. Fleet of foot and mind, the way he twisted away from markers, weaved out of danger in close quarters and outfoxed his foes with stepovers, feints, shoulder drops and changes in pace was a joy to watch.

Efficiently scanning his surroundings, this gave him the information he needed so he knew if he could immediately turn, had to protect the ball and what receiving posture was best for the situation ahead.

On top of being so good at retaining the ball under pressure and outfoxing trackers, Diop’s underrated strength and low centre of gravity compounded issues for Lille, meaning he could ride challenges smoothly while remaining balanced, draw fouls or lure out multiple markers before finding a free man.

The fact he completed nine of his 10 attempted dribbles, embarked on four progressive runs and suffered two fouls demonstrated his prowess on the ball.

Although his passing wasn’t as eye-catching as his dribbling, the 21-year-old still did many positive things in this compartment. Aside from recycling possession coherently and switching the angle of attacks, he smartly struck some measured through balls to oblige runners in behind or down the channels and engaged in some neat combination play to destabilise Lille’s backline.

Playing some crisp one-twos so he could attack spaces in the final third when receiving the return pass or laying the ball off cleanly, the technical attacker’s finesse was impressive.

Diop added to his worth by firing in some dangerous set pieces, plus by delivering some enticing crosses and cutbacks with either foot on a night where he came up with four key passes and two shot assists.

Supplementing the aforementioned with his intelligent movement, his aptitude here allowed him to consistently take up dangerous positions to support and breathe life into attacks.

Causing considerable issues receiving between the lines of Les Dogues’ midfield and defence, Diop’s timing and awareness shone brightly. Reading the play coherently, in combination with how the likes of Myron Boadu and Kevin Volland pinned markers so Lille’s defenders didn’t step out, this saw him inherit possession freely.

Providing an option to be directly accessed or to support the forwards if they needed an option nearby, Diop’s efforts here were important individually and collectively. In addition, how he frequently received in a forward facing body shape allowed him to instantly continue his forward momentum to place pressure on Lille’s rearguard.

Dropping deep into true central midfield was another avenue that bore fruit, allowing him to create 3v2 overloads, open passing lanes upfield and draw opponents out of position.

His excellent understanding with fullback Caio Henrique offered further upside, with the pair interchanging roles astutely to cause marking dilemmas and let them use their skills in different areas. Rotating smoothly to allow Caio to either surge ahead on underlapping runs or receive centrally while giving Diop the chance to be isolated out wide or exploit the channel, their dovetailing generated plenty of threat.

Giving Monaco’s offensive forays an extra dimension, their partnership and knowledge of when to switch gave Lille a conundrum on who should be marking who in what area, which consequently manufactured gaps for them to utilise.

Even though he didn’t contribute a goal or an assist in this match, there was no doubting what an integral figure he was in Les Monegasques’ thrilling comeback. Indeed, Kovac’s decision to play him for 90 minutes was an illustration of how influential he was.

A game changing talent who’s improving all the time both with France’s U21s, who he recently scored a brace and registered three assists vs. Armenia with, and for Monaco, his recent form has been very exciting indeed.

Mentioning how frustrated he was that his team couldn’t claim all three points vs. Lille, expect Diop to come out fully firing and ready to help propel his team to victory against Real Sociedad this Thursday night.