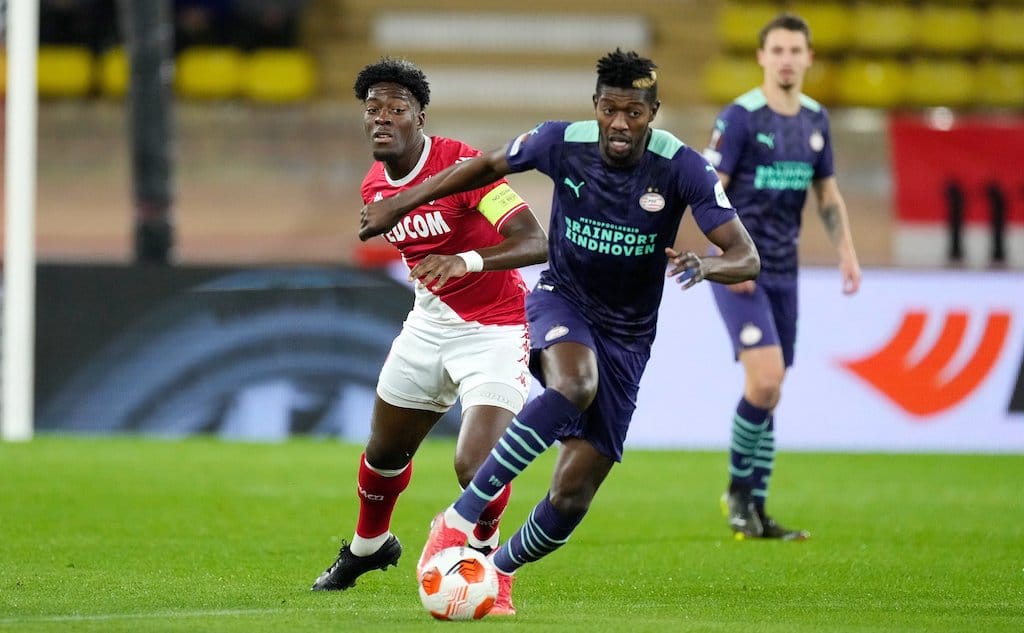 AS Monaco’s 0-0 draw with PSV Eindhoven at the Stade Louis II ensures they remain top of their Europa League group and on track to qualify for the next stage.

Needing a win to guarantee their progression, they ultimately couldn’t do so, but earning a point worked out fine in the end especially considering Real Sociedad could only draw with Sturm Graz.

Struggling to generate many chances or promising openings, Monaco just couldn’t click into gear in this one in an offensive sense. It was, however, positive that they picked up a clean sheet, as they restricted PSV to an Expected Goals reading of just 0.49.

Seeing his team failing to hit their straps in the first half, Niko Kovac rang in the changes at half time by making three substitutions and adjusting his system (from a base 3-5-2 to a 4-4-2). While the introductions of Aleksandr Golovin, Sofiane Diop and Djibril Sibibe didn’t propel them to victory, they certainly helped Monaco enjoy an improved second half.

“I want to take responsibility for the team and the tactics in the first half. We started in the same system as in Eindhoven. What we lacked in the first half, as in Brest, is the attitude, the passion. We weren’t aggressive and dynamic enough and you can’t win if you aren’t,” he said.

“We changed the system to create more chances and in the second half it was better. Sometimes you have to wake up the players. I always try to be calm, but today I was maybe a little louder than usual.”

Despite having 57% of possession, the fact Monaco only managed to muster four shots (only one of which was on target) showed their difficulties in the final third.

Next up for Les Monegasques is a challenging away trip to Reims, which represents an ideal opportunity to get things back on track before the international break. Currently sitting five points behind third placed Olympique Marseille, a win is a must to keep in touch with those coveted Champions League qualification spots.