The 4 main topics at the One Ocean Summit 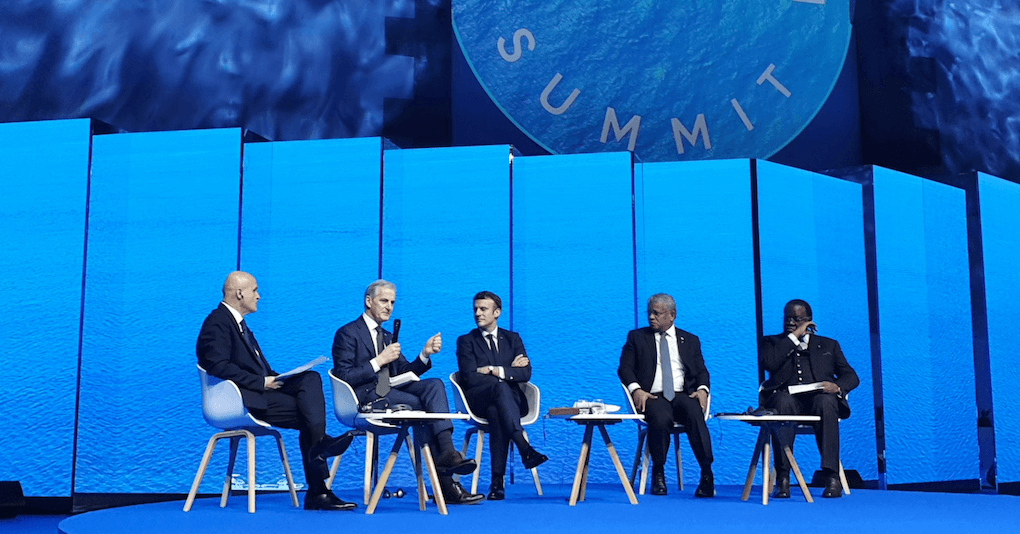 Forty Heads of State and Government met, at the invitation of French President Emmanuel Macron, with the aim of further protecting the oceans.

Forty leaders travelled to Brest for the One Ocean Summit, with two days of discussions and debates from February 9 to 11.  Prince Albert II also spoke on video a few days ago, to stress the importance of taking action to protect the oceans. Here are the four main areas that were discussed during the summit.

With the arrival of 30 new members in the High Ambition Coalition for Nature and People, 84 countries are now committed to protecting 30% of terrestrial and marine areas by 2030.

Among other states, Monaco is asking that the Mediterranean area be protected by limiting the speed of ships. On the other hand, the issue of degrees of protection was barely addressed, nor were financial resources or surveillance and management of protected marine areas.

Similarly, the problem of overfishing was not broached, despite being one of the 17 Sustainable Development Goals (SDGs) to be assessed at the Lisbon conference on the ocean at the end of June this year. 14 countries did, however, commit to fighting against illegal fishing and France called on the WTO to ban any subsidies that contribute to it in 2022.

Many states are calling for the adoption of a legally binding treaty on plastic pollution. The 5th United Nations Environment Assembly will examine this proposal from February 28 to March 2, in Nairobi.

With the launch of the Clean Oceans Initiative, the French Development Agency and the European Investment Bank are also committed to reducing plastic pollution in the ocean. Four billion euros will fund waste reduction projects by 2025.

3.The fight against global warming

Leaders highlighted the importance of restoring and conserving coastal ecosystems to mitigate and adapt to global warming, The summit announced an international blue carbon coalition to fund these operations.

The transition to carbon-free economies through the development of renewable energies at sea was also widely discussed, as was “greening” marine activity. Several countries promised to invest in the development and use of alternative energies.

To better understand how ecosystems function and evolve, France intends to carry out major scientific missions to explore the seabed, and create a foundation for the poles. The European Union is also committed to supporting science, complementing UNESCO’s announcement to map 80% of the seabed by 2030.

The 27 member states of the European Union and 16 third-party states have announced the launch of the “High Ambition Coalition for a High Seas Treaty”. The aim is to find an operational agreement for the conservation and sustainable use of marine biodiversity beyond national jurisdictions.