Assured Tchouameni exceptional for France throughout win over Ivory Coast 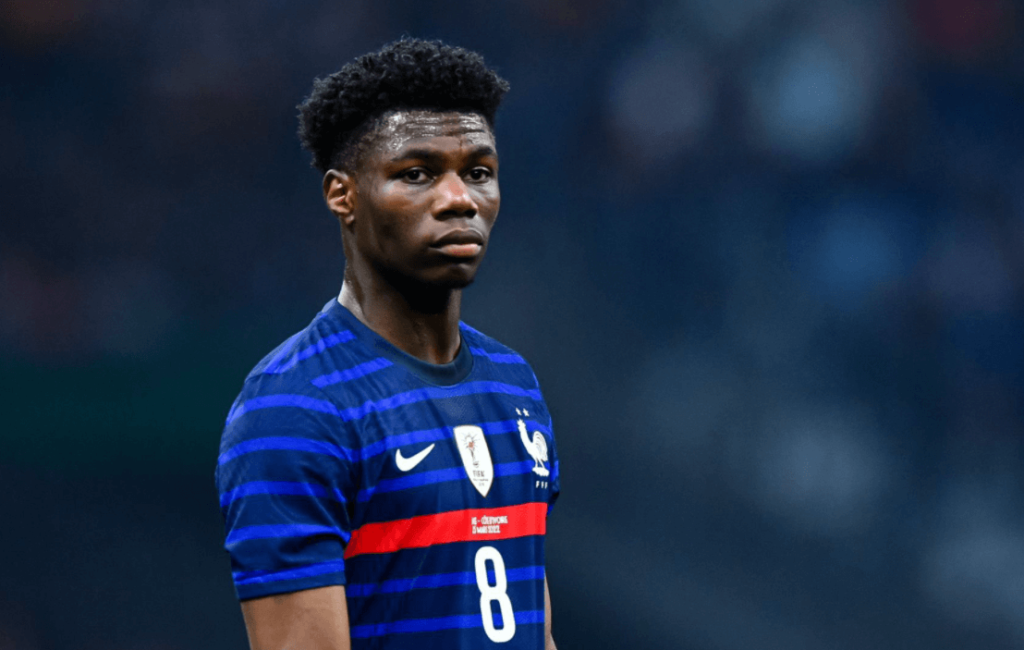 Aurelien Tchouameni emphatically epitomised why he’s so highly coveted by a host of European football’s elite clubs by putting in an exceptional shift in France’s 2-1 win vs. Ivory Coast.

While he drew the plaudits predominantly because of his thumping stoppage time headed goal to secure the victory, which was his first for Les Bleus at the senior level, his all-round contribution deserved just as much praise, for he was nigh on flawless.

Getting the fundamentals spot on and hardly placing a foot wrong, it was impressive just how comfortable the AS Monaco maestro looked on the big stage in what was just his eighth cap. “It’s just the fruit of hard work. I try to stay calm. It’s true that what’s happening to me is great, but as I have said from the start, I have various objectives, and, for example, scoring my first goal was one of them,” explained Tchouameni after the match. “Now we’re going to move on to something else.

“There’s a team and a technical staff that help me a lot to show my personality, and that’s what makes me feel really good on the pitch.”

Partnering Manchester United hotshot Paul Pogba in central midfield, Tchouameni offered crucial balance and defensive stability to complement his more attackingly geared comrade, as his stopping work was of the highest order. “Aurelien has this capacity in the aggression of his recoveries which is greater than that of Paul,” 2018 World Cup winning coach Didier Deschamps explained. “It’s good to have a balance. Paul is always inclined to go forward. In this system, their tandem worked.”

Picking his moments wisely when to step out to regain possession, hold his post, shift across to form defensive overloads, drop back, pass on a marker to a defender, venture deeper to join the defensive line or get back to offer covering support, his coherent decision making saw him shine.

So clinical in his judgement, the way he pressed his man (usually Franck Kessie but also Ibrahim Sangare at times) with conviction, making sure to get touchtight, was key towards stifling the opposition. Eager to press them as soon as he noticed them dropping deep with their back to goal, he pounced, not wanting them to enjoy any time or space to turn or cleanly execute their actions.

His aggression and intent was also evident in counterpressing scenarios, where he sprung into action rapidly to win back possession high while stopping counters. The graphic below indicates this perfectly, where he charges forward once the ball is turned over to claim it back so his team can immediately attack again vs. an unset backline who were preparing to launch a counter of their own.

So strong, athletic and awake to his surroundings, this ensured Tchouameni excelled in his duels, for he used his power to unbalance foes, pace to keep tabs on his man and scanning so he knew where potential nearby threats could come from. In addition, his explosive leap and reading of the ball’s flight was not just key for his goal, but also towards him holding his own in aerial battles.

Standing at an imposing 187 cm tall and possessing long arms and legs, it was notable how his towering frame ensured he was a tough man to bypass in duels both on the ground and in the air.

By the numbers defensively, his 12 won duels, nine ball recoveries, six interceptions and three successful headers demonstrated his value in this phase.

Meanwhile, on the offensive end, Tchouameni performed his role brilliantly. Keeping things ticking over nicely in midfield with his concise, considered passing on his way to completing 56 of his 60 attempted passes, he recirculated the ball crisply to switch the angle of attacks while remaining patient for a weakness to arise in the opposition shape. Once he saw that opening, he put his crafty vision and passing range to good use by striking some wonderful progressive passes that included the odd wicked through ball in behind and some penetrative line breaking passes to beat the press.

The fact he completed six passes into the final third and struck three accurate long balls illustrated his assuredness and confidence with his distribution.

Very comfortable on the ball, there were many examples of his dribbling skills, with him weaving away from danger beautifully to gain room and beating opponents so he could continue attacks himself or by finding a teammate. Typically clean in his first touch and sharp with his ball control, opponents struggled to outmuscle or dispossess him, for he used his maneuverability, strength and body to shield the ball.

His ball carrying had the added bonus of drawing multiple markers to create a free man, who could exploit freshly vacated spaces. In addition, his elusiveness on the ball saw him earn three fouls to win free kicks in decent locations.

By scanning his surroundings so frequently, this allowed him to gain a regularly updated mental imagery of where opponents, teammates and unoccupied spaces were. As a result, before he even received the ball, Tchouameni knew exactly the course of action he would take. Whether that be to turn and dribble, play a quick one touch layoff, turn then instantly pass to a free man or protect the ball, the aspect of his game was vital towards his success.

Although he was often man marked by Kessie when France looked to pass out from the back, he still found ways of getting involved. He did so by either evading his foe with a slick blindside movement as his man was ball watching, dropping deeper so Kessie was unsure to follow him or by opening passing lanes by dragging his tracker with him.

It was notable too how he’d occasionally find room to form an overload ahead of the central defenders and be an outlet to receive layoffs in a forward facing posture to immediately add momentum into attacks.

Giving his team a solid foundation to instigate attacks from, his presence was valuable in giving freedom to France’s talented attackers, allowing the wingbacks to maraud upfield and to support his backline in case of a turnover.

Helping his team gain control, on hand to support central and wider offensive passages and posing a real threat with his work on the ball, his goal was a fitting reward for his outstanding efforts. To quickly touch on his goal, and the way he timed his run and leap superbly, plus kept track of the ball’s path to explosively blast home his header was a joy to watch.

Yet again showcasing what a remarkable player he is, the inordinately gifted midfielder’s rapid upward trajectory is certainly showing no signs of slowing down.

Still just 22 and knowing there’s still room for improvement in his game, expect him to keep getting better as he further matures too. Considering how incredible he is already, that’s quite a frightening proposition indeed for his opponents.

A force to be reckoned with for both club and country, all the signs are there that the multifaceted Tchouameni is right on track to develop into a truly world class player.

His accomplished display against Ivory Coast underlined this emphatically.