AS Monaco edge past OGC Nice in captivating Derby win 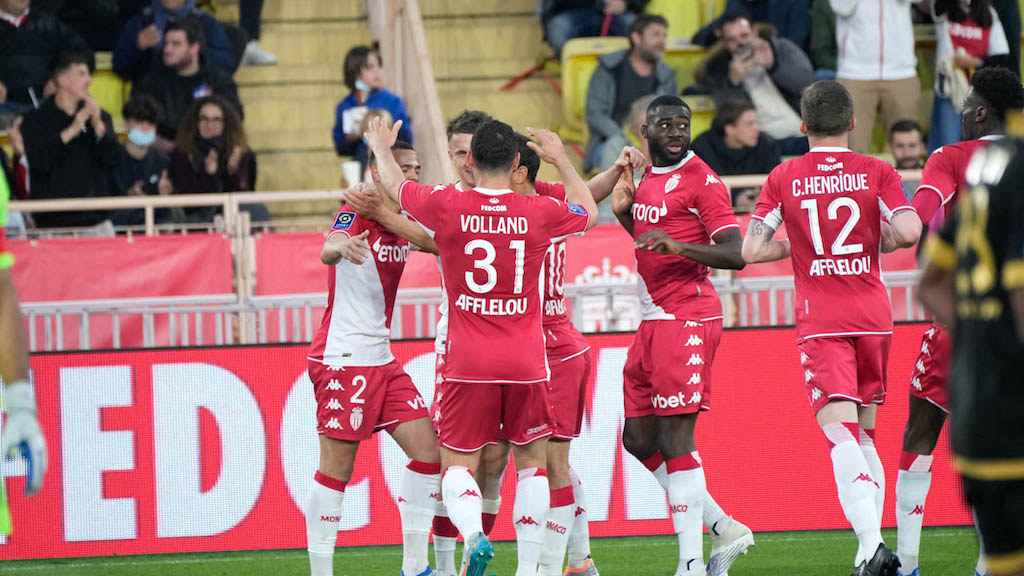 AS Monaco enjoyed a triumphant evening at the Stade Louis II by winning the derby 1-0 over OGC Nice to not only extend their winning streak to five but also to move into joint third in the Ligue 1 standings.

Picking the same starting lineup that served him so well in his team’s pulsating victory at Rennes, Philippe Clement’s men jumped out of the gates, almost grabbing a goal inside the first minute.

Looking lively and the most likely to open the scoring, Monaco produced many promising attacks, as the likes of Wissam Ben Yedder, Aurelien Tchouameni and Youssouf Fofana came close. Their pressure and intent eventually paid off, however, with Aleksandr Golovin smartly finding the back of the net just before the interval following a Vanderson cross that Walter Benitez could only parry into the path of Golovin.

Knowing Nice would respond in the second half, Les Monegasques admirably held firm despite their rivals’ best efforts while even constructing some chances of their own. Managing the game brilliantly and earning a deserved clean sheet, this vital, hard-fought victory ensures Monaco move level on points with Rennes and Strasbourg into third, with them now right in the running for a Champions League qualification place.

“It’s never easy to play against Nice, who are the best defence in Ligue 1. But it’s a really deserved win because we created more chances, we dominated the first half and it was good to score before returning to the locker room. In the second half, it was up to Nice to play the game, so we were a little lower but we were always dangerous. Alexander Nubel didn’t need to make big saves because the whole team defended well,” Clement explained.

“It’s good to win five games in a row but the important thing is that everyone stays focused for the trip to Saint-Etienne. We must not look behind, but only ahead to finish as high as possible. My ambition is to win every game and I see more and more players with the same mindset.”

He then added this insight on his team’s exceptional physical conditioning, stating: “If we look at the statistics, we can see that we are the best in Ligue 1 in high intensity sprints and distance covered. It’s thanks to our good work in training. But we can still improve in order to finish the last five games well. There are no certainties over a long period and when a player is less fit, another can replace him. This must be our strength, everyone must be ready.”

Next up for Monaco is a trip to relegation-threatened Saint-Etienne, where they’ll be looking to make it six in a row. Despite beating some of Ligue 1’s heavy hitters like Paris Saint-Germain, Rennes and Nice during their wicked run, they’ll need to remain focused on the task at hand to ensure all their recent great work is consolidated upon.

“We still have five important matches left, including the first on Saturday at Saint-Etienne. We can be satisfied today but we have to stay focused and keep the same spirit, namely a lot of solidarity and commitment. The players were very good, the whole group was very happy and it is very important for me that everyone is involved.”

In the stands: Beautiful people present at Louis II

A gala match, the Cote d’Azur derby attracted many football fans. Among the guest-stars, Jim Ratcliffe, owner of OGC Nice and founder of INEOS, was present alongside his brother, Bob Ratcliffe.

Accompanied by his son, the boss of the Mercedes team in Formula 1, Toto Wolff, was also in the stands of the Stade Louis II. Between two Grand Prix, the Austrian was able to savor the victory of AS Monaco. Just like Guy Stephan, assistant coach of the France team.

The gesture: AS Monaco and OGC Nice united towards Secours Populaire 06

On the sidelines of the Cote d’Azur derby, the two clubs jointly organised a jersey auction on the MatchWornShirt platform, in order to donate the profits to the Secours populaire des Alpes-Maritimes. The department being the one, behind the Paris region, which has received the most Ukrainian refugees since the beginning of the invasion of Russian troops in Ukraine.

In addition, the President of AS Monaco, Dmitry Rybolovlev, made a personal donation to the benefit of the Secours Populaire, in addition to the donation made by the Club de Rocher. On the President’s initiative, he will donate part of the revenue from the match to the association.

All these funds collected will contribute to the financing of the emergency aid provided to the many families hosted in the Alpes-Maritimes, particularly with foodstuffs, clothing, and hygiene products for adults, but also school kits, furniture and French lessons for children.

Before the start of the match, Oleg Petrov, Vice-President and General Manager of AS Monaco and Jean-Pierre Rivere, President of OGC Nice, symbolically handed over a jersey from each club to Jean Stellittano, Secretary General of the Federation from the Alpes-Maritime department of the Secours populaire, alongside Olena Vasina, a Ukrainian volunteer with the association.

Jean Stellittano and Olena Vasina gave the fictitious kick-off of the meeting, in order to honour the dedication of the volunteers of the Secours Populaire under the eyes of fifty volunteers of the association and families of refugees, invited to attend the Derby.

“The AS Monaco club and its president, Dmitry Rybolovlev, contacted us to let us know they wanted to help the association ,” explained Jean Stellittano. “This visibility, on a derby that thrills the heart of the region, is a great reward for all our volunteers, who have been extremely busy for some time.”

As a reminder, AS Monaco and its president, Dmitry Rybolovlev, had already shown generosity by making two donations to the Monegasque Red Cross a few weeks ago, to support the Ukrainian population.