AS Monaco keep up their good form with win over Troyes 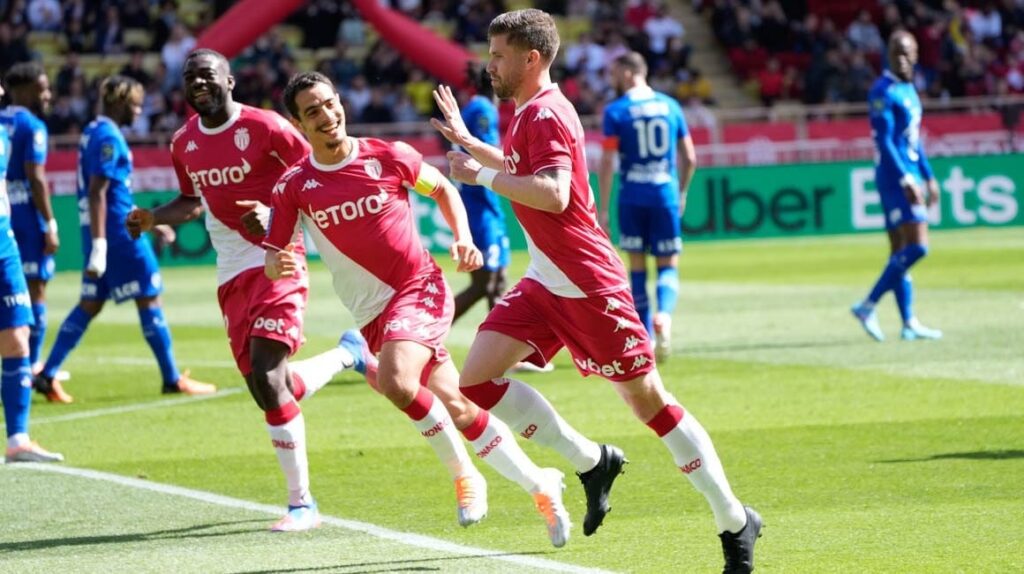 AS Monaco made it three consecutive league wins by dispatching Troyes 2-1 at the Stade Louis II.

Knowing they needed a win to keep their hopes of finishing in the top three alive, Caio Henrique’s magical free kick on 19 minutes gave them a perfect start. Striking his dead ball with accuracy and precision, the Brazilian’s goal was nothing short of spectacular.

The second stanza began with both outfits showing intent to go for the win, before the introduction of Kevin Volland by Philippe Clement made the difference.

Following a lovely passage that was rounded out by Volland applying a deadly finish to Aleksandr Golovin’s measured cross, Monaco regained the lead. Scoring just seconds after entering the field, Clement’s decision to bring him into the fray proved to be the masterstroke that tilted the game in Les Monegasques’ favour.

“We had enough chances in the game to win, but sometimes the last gesture was not there. Wissam had two or three opportunities, but each time the opposing defenders were well placed. In this Ligue 1, there are no easy matches and you can see that in the weekend’s results. It’s important to take points when our competitors drop some on the way,” he asserted in his post match comments.

“We may have had more success lately, it’s true, and I hope it will stay that way. The substitutes also brought something, as in Metz. This shows that the squad is large and that we finally have a lot of possibilities to attack this end of the season.”

He then added this on Volland: “Kevin has proven his qualities for over a year here. Today he showed more liveliness than in recent weeks in his movements. He had had a little discomfort in his ankle lately. His entry shows that we are going to need a player like that who can make the difference in the final sprint. We have lost a few chances to take the three points in recent months, but we showed today that we are growing.”

Next up for Monaco is an immense clash with direct rivals for the third and final Champions League qualification spot against Rennes, where a win is a must. While it won’t be easy to defeat Bruno Genesio’s high flying side, Monaco will unquestionably give it their all in their quest to bridge the gap to just three points.

“Rennes is a very good team with a lot of qualities. For the fans of both teams, I think it’s an exciting game, because they are two teams who want to win games with a very attacking style,” Clement said of the upcoming match.

“It’s not a final, because in a final you lose it or you win it. This will not be the case, since there will be six games behind. On the other hand, when we see the calendar of our direct competitors, there will be a lot of finals on the different grounds by the 38th day. In any case, we have to start and play each match as if it were a final. We must enter the field with the desire to win, regardless of the opponent. Whether it’s the holders or the replacements for that matter. You have to come in for the last 20 minutes with the desire to change the game, as our bench has often shown in 2022 (6 goals scored by substitutes).”

In the stands: A thousand young licensees present

As part of the “All at the stadium” operation, more than a thousand young licensees from clubs in the Cote d’Azur District, the Mediterranean League and Italy went to the Louis II stadium to support AS Monaco. A festive atmosphere which further strengthens the links between the clubs of the department and the ASM.