Three takeaways from AS Monaco’s win vs. Troyes 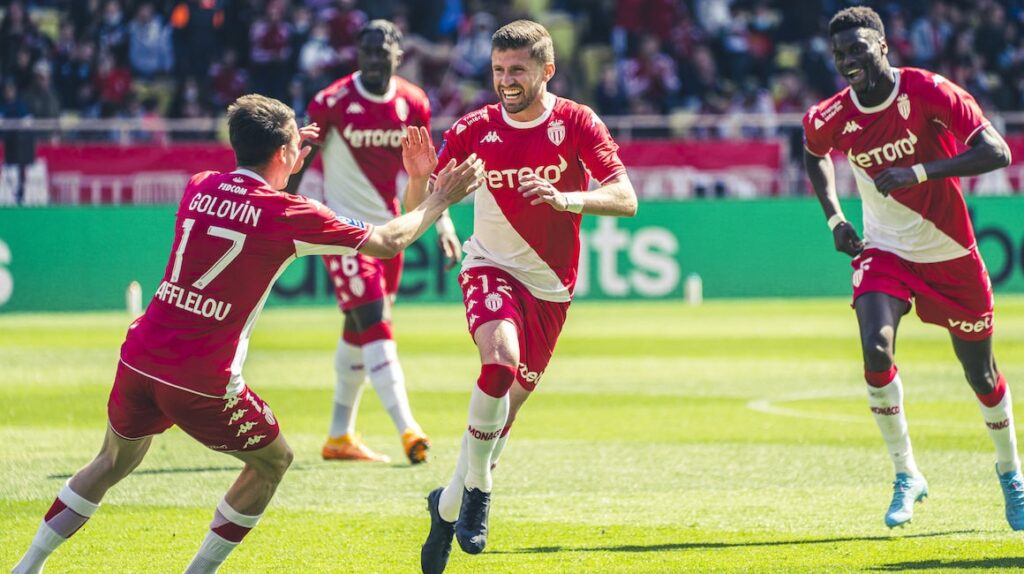 AS Monaco posted their third straight Ligue 1 victory by comfortably defeating Troyes 2-1 to keep their Champions League qualification hopes alive. In a match where Monaco were largely in control and goals from Caio Henrique and Kevin Volland were enough to seal all three points, there were a lot of positives to be extracted.

With this in mind, this gives us the opportunity to focus on three takeaways from the entertaining clash at the Stade Louis II.

With the excellent Aleksandr Golovin on the left wing and the polished Henrique at left back, Philippe Clement clearly wanted to maximise their strengths by channeling a large portion of Monaco’s attacks down their side. Funneling a hefty 43% of their moves down the left, the tactic certainly paid dividends, for the duo dovetailed wonderfully to wreak havoc.

Aside from directly combining with one another 19 times, the way they worked cohesively to manufacture space for each other was a real highlight. Seeing as Golovin typically drifted infield, which drew his marker centrally, this importantly generated space for Henrique to explore. Meanwhile, how the Brazilian lured out his man, in order to open gaps down the channel for Golovin to utilise, saw him repay the space creating favour.

By executing some slick rotations with one another, this added some extra variety, which enabled Henrique to embark on some crafty underlapping runs and Golovin to be isolated out wide.

Forming an excellent partnership and providing so much impetus going forward, it was fitting they rewarded themselves by enjoying tangible scoring contributions, with Henrique scoring a sublime free kick and Golovin supplying an assist.

Despite enduring an injury riddled campaign that’s seen him struggle for continuity on his way to missing 14 matches, it was positive to see Golovin shine in AS Monaco’s win over Troyes.

Making his third consecutive start having not started the previous seven matches before his trio of games from the outset, Golovin was a menacing presence throughout. Giving Monaco an extra dimension in the final third and forever asking questions of his adversaries, his intelligent movement and ball mastery were integral aspects towards his success.

Excelling at finding spaces to exploit between the lines, he was awake to openings in key attacking areas to receive possession. Constantly scanning his blindside, this ensured he had an updated mental imagery of where opponents, teammates and vacant zones were.

Indeed, the graphic below illustrated his aptitude here, with him occupying an excellent position to breathe life into the attack.

Golovin’s creative passing compounded issues for Troyes, for he linked play smoothly, broke the lines, played some crisp through balls, hit some wicked set pieces and whipped in some dangerous crosses. Grabbing an assist with a brilliant lofted cross for Volland, this punctuated his passing class, in a match where he conjured a game high four chances.

Blessed with razor sharp control and a fine first touch, his ball carrying was another important string to his bow. Able to outfox opponents on the dribble with twists, turns and feints, this in combination with his ability to draw out multiple markers and win fouls, proved valuable.

The fact his wizardry on the ball saw him win the free kick that Henrique converted served as a testament to his work here.

Playing a part in both of his team’s goals and operating with confidence, his 78 minutes were not only littered with upside but key in Monaco obtaining a valuable victory.

With Monaco needing some inspiration to tilt the game in their favour to find a winner, Clement wisely turned to Volland, bringing him on in the 57th minute. And the German emphatically repaid his manager’s faith by finding the back of the net just seconds after entering the field.

Applying his finish magnificently after finding space expertly, the way he brought down the ball and lashed home his volleyed shot with power and accuracy underlined his immense quality.

Changing the game with this exceptional moment of magic, Clement was full of praise for the experienced attacker in his post-match comments, stating: “Kevin has proven his qualities for over a year here. Today he showed more liveliness than in recent weeks in his movements.

“He had had a little discomfort in his ankle lately. His entry shows that we are going to need a player like that who can make the difference in the final sprint. We have lost a few chances to take the three points in recent months, but we showed today that we are growing.”

Showing his value to the squad even though he wasn’t fully fit, the instinctive, intelligent Volland’s set to be a huge asset in Monaco’s crucial run home, where he could well be the difference maker his team needs to finish in a coveted top three place.