Many positives to be drawn from Matazo’s efforts in AS Monaco’s win vs. Angers 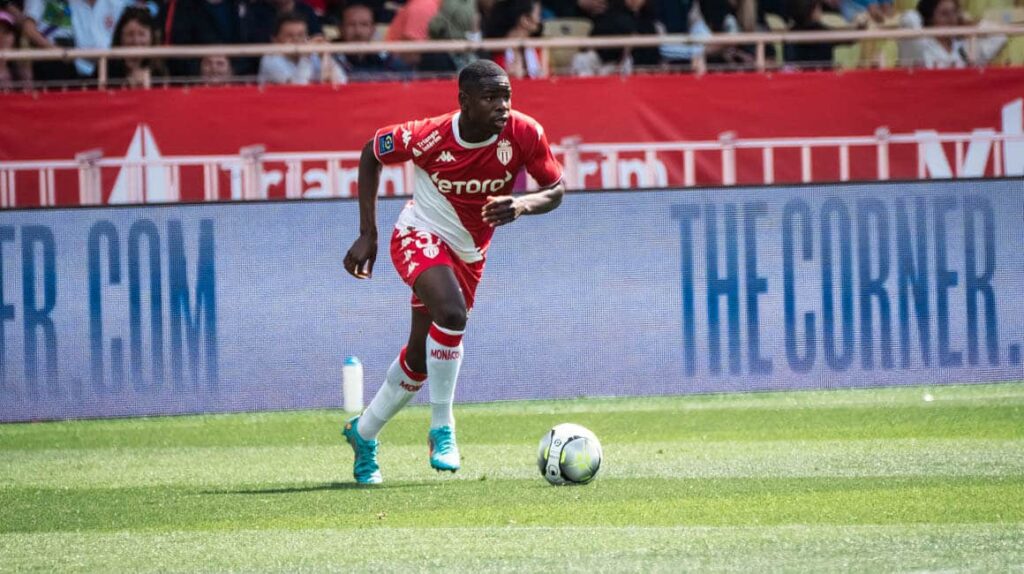 Although Eliot Matazo’s first league start since the 23rd of January started off a bit rocky, it was impressive how the gifted youngster grew into the game vs. Angers.

Having only enjoyed 14 minutes of Ligue 1 action prior to Philippe Clement handing him a run from the outset in the absence of Aurelien Tchouameni through suspension, Matazo could certainly be forgiven for being a little rusty.

Determined, working his socks off and full of intensity, there was no doubting his commitment to the cause alongside Youssouf Fofana in central midfield, though.

Undertaking his defensive duties with a smooth blend of smarts and physicality, he got the balance spot on, typically making good decisions to nullify his opponents.

Fierce in the challenge and never one to take a backwards step in his duels, Matazo relished regaining possession through his vigorous tackling. Moreover, by reading the play cleverly and being aware of his surroundings, this ensured he nipped in with some vital interventions to break up attacks.

Pouncing with authority and conviction, it was particularly notable how well he stopped counter attacks unfolding with his tenacious counterpressing and relentless tracking back to win back the ball from his target’s blindside.

Whenever Angers built out from the back, Matazo played his part nicely here too, for he’d pick when and where to press depending on the location of the ball. Eager to get touchtight to either Angers’ holding midfielder or their nearby eight, depending if he was on the ball near or ball far side, Matazo was alert to the happenings in his area of operation.

As a result, the likes of Nabil Bentaleb and Azzedine Ounahi were regularly under duress courtesy of Matazo’s harrying, and subsequently lost possession or were forced into committing turnovers.

Giving opponents minimal time and space to assess their options and execute their actions, his acceleration to race across the turf, incredible fitness and timing of his pressing compounded issues for his adversaries.

Meanwhile, if he didn’t have an immediate opponent in his zone when defending in a mid block, he remained concentrated in order to take on an opponent once they motored into his area, close off passing lanes in central areas or shift horizontally in accordance with where the ball was.

Some extra aspects that warrant mention are how he used his cover shadow to block passing lanes while pressing and held off his man slightly to give the ball holder the perception a free man was available before he’d pounce rapidly.

Even though he didn’t impact proceedings as heavily on the offensive end and got caught in possession twice early on, there were still some positives attached to his work here.

To start with his movement, the Belgian worked hard and strategically to give his teammates an option during build up, when helping attacks in wider areas and once Monaco had established possession.

Doing a nifty job of forming overloads to be the free man, the examples below illustrate his space finding prowess to help Monaco beat the press. If he couldn’t directly be an outlet, it was interesting to see how he’d draw his tracker to open central passing routes into Wissam Ben Yedder and Kevin Volland.

Seeing as his midfield partner, Fofana, had a remit to embark on penetrative upfield runs into the final third, the way Matazo provided cover, balance and structural security in case of a turnover was crucial as well.

In terms of his distribution, the 20-year-old kept things ticking over nicely with his passing, with him largely playing it safe on his way to completing 14 of his 16 attempted passes. There were a couple of occasions when he showed his capacity to strike progressive forward passes, however, with him neatly breaking the lines to find an attacker.

Upon being asked his thoughts on Matazo’s display, Clement had plenty of words of praise for the youngster, stating: “I would first like to emphasise that it is not easy to have a competitor like Aurelien Tchouameni in his position. But we saw today that Eliot has worked well over the last few months, tactically and physically. He is a very young person, who still has room for improvement, but he has proven that he has a real role to play in the team.”

Proving he has what it takes to help his team when called upon, this was another valuable learning experience for him in his quest to fulfil his immense potential.

Having now made 41 first-team appearances in the last two seasons, this, in combination with him recently signing a contract extension until 2026, shows how highly he’s rated within the club. “Eliot has proven since his debut at the professional level that he has the necessary skills for the top level: technical and athletic skills but also an excellent state of mind,” asserted Monaco’s sporting director Paul Mitchell.

“As part of our sporting strategy, developing the talents trained by our academy and bringing them to the first team, which is one of the youngest in Europe, this is a goal we work towards every day. We are delighted that Eliot can continue to progress and to demonstrate his talents in the colours of AS Monaco.”

Despite him frequently being forced to wait patiently for his opportunities due to the heavy competition for places in Les Monegasques’ midfield, Matazo certainly has a bright future and has shown his worth whether adding impetus off the bench or when starting matches like he did vs. Angers.