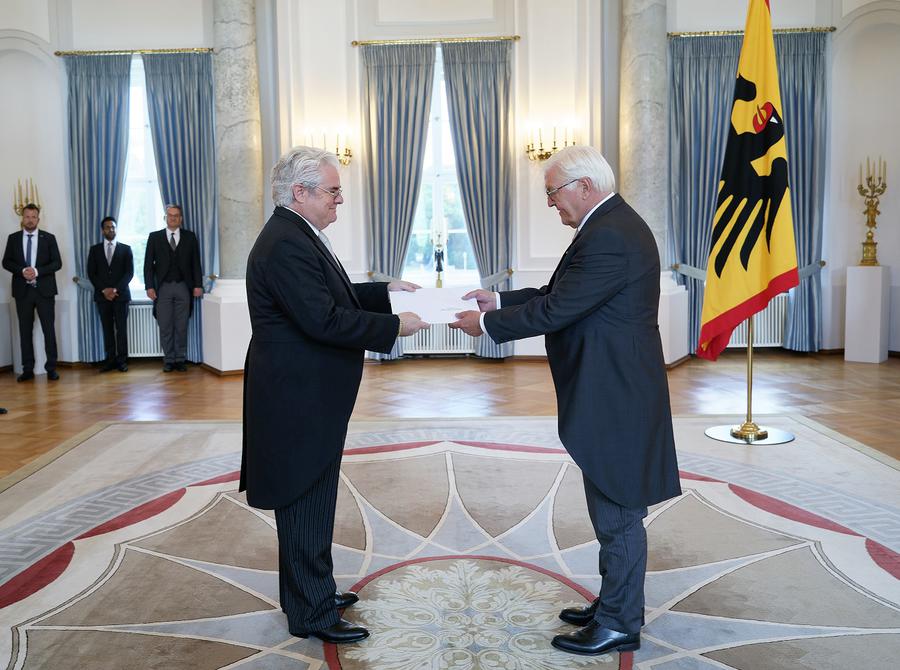 Lorenzo Ravano and Frank-Walter Steinmeier had a private meeting following the Letters of Credence presentation ceremony. During the meeting, the new Ambassador of Monaco recalled Prince Albert II’s condemnation of the military aggression in Ukraine, his call for a ceasefire and respect for international law and the territorial integrity of States. He also stressed the systematic application of international sanctions against Russia and the humanitarian support provided by the Monegasque Red Cross and the Principality’s civil society, sending relief supplies and hosting several Ukrainian families in Monaco.

The German President welcomed the Sovereign’s commitment to protecting the environment and preserving the oceans.

Lorenzo Ravano and Frank-Walter Steinmeier both wish to strengthen relations and cooperation between the two countries in the diplomatic, economic and cultural fields. In this vein, the Ambassador informed the President that 2023 will mark the 50th anniversary of the German International Club of Monaco’s creation.