Shorthanded AS Monaco grab a deserved draw vs. Rennes 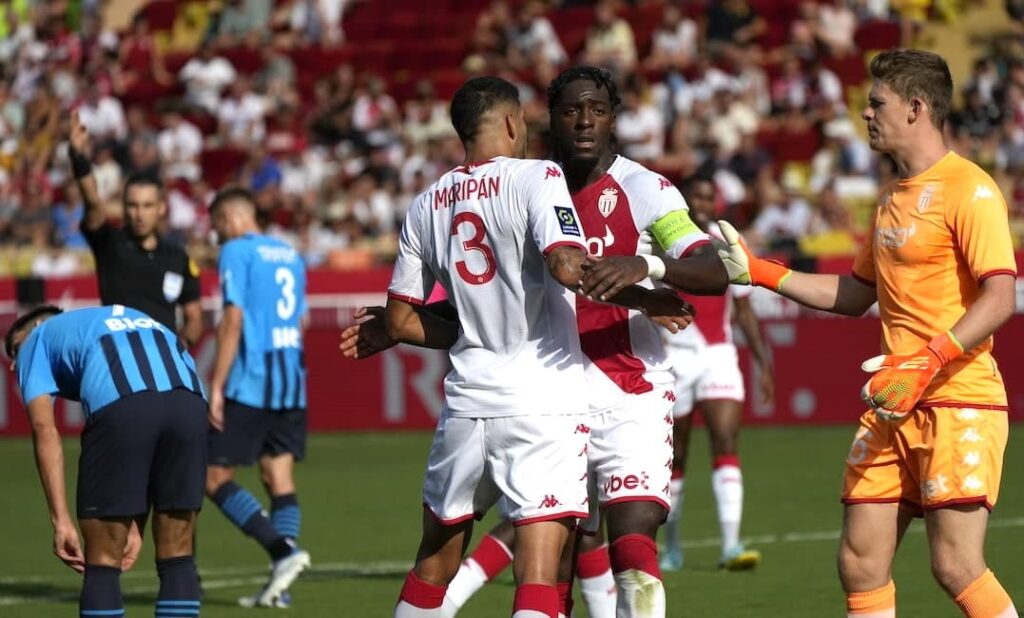 Despite going down to 10 men just 15 minutes into the match, AS Monaco showed tremendous fighting spirit and character to claim a 1-1 draw against Rennes.

The early stages of the match saw both teams wanting to flex their muscles on the attacking end, with each enjoying early chances, the best of which saw Vanderson hit the post in the 13th minute.

A quarter of an hour in, though, the game was turned on its head when Youssouf Fofana was harshly sent off for a foul on Martin Terrier. This subsequently led to captain Wissam Ben Yedder being taken off for Soungoutou Magassa to bring some balance while inherently forcing Monaco to play shorthanded for 75 minutes. Not an easy task considering Rennes are one of the elite teams in the division and Monaco had just endured 120 minutes of action in their Champions League qualifier vs. PSV just a few days ago.

But to their credit, Monaco showed enormous resilience to carry on, continuing to take the game to Rennes. And their defiance eventually paid off, for they earned a penalty in the 33rd minute when Steve Mandanda clattered into Breel Embolo, which many believed should also have resulted in a red card for Mandanda, but he only was handed a yellow.

Unfortunately, Axel Disasi stepped up and had his spot kick saved. Importantly, however, Les Monegasques didn’t let their heads drop as they kept focused on the task at hand, showing their defensive solidity and that they were still a threat going forward.

Going into the break at 0-0 and well and truly alive in the contest, the second half began with Monaco enjoying some promising spells of possession. Just when they appeared comfortable, Rennes took the lead when Gaetan Laborde scored from close range after Benjamin Bourigeaud had his initial effort blocked.

Not deterred by this extra setback, the home team then equalised in the 73rd minute following some exceptional pressing by Embolo to regain possession and finish in the one action.

Managing the rest of the game superbly as tiredness began to really set in, Monaco ultimately bagged a deserved point, in a match where they overcame plenty of adversity to show their collective strength.

“There are indeed a lot of good things to remember. But I am ambitious and I want to win every game. I regret the red card given to Youssouf Fofana from the 15th minute, which I find severe in these circumstances. After this twist of fate, the players were able to show an irreproachable state of mind and great solidarity,” coach Philippe Clement explained.

“We were able to react mentally with several chances and were finally rewarded with a goal from high pressure. The physical level was also very good after playing 120 minutes this week in Eindhoven. So they know why they trained very hard during the preparation.

“The cohesion is already there and they showed it in Eindhoven in difficult circumstances, but also in training. There is a good atmosphere in the locker room. It’s something important to me. This also explains why the recruits have integrated very well. Getting a point against Rennes, which has a lot of attacking qualities on the pitch and on the bench, is only possible with solidarity.”

Even though they played the majority of the match with 10 men, the fact Monaco held the advantage in terms of expected goals (2.39 to 2.28) and big chances created (3 to 2) underlined what an attacking force they remained, with the Rouge et Blanc not content to just sit back and defend.

After putting in a outstanding shift for their first Ligue 1 match of the season at the Stade Louis II, next up for Monaco in their tough start to the new crusade is another challenging home match vs. Franck Haise’s Lens.