Jean Castellini: “Monaco is a land of innovation 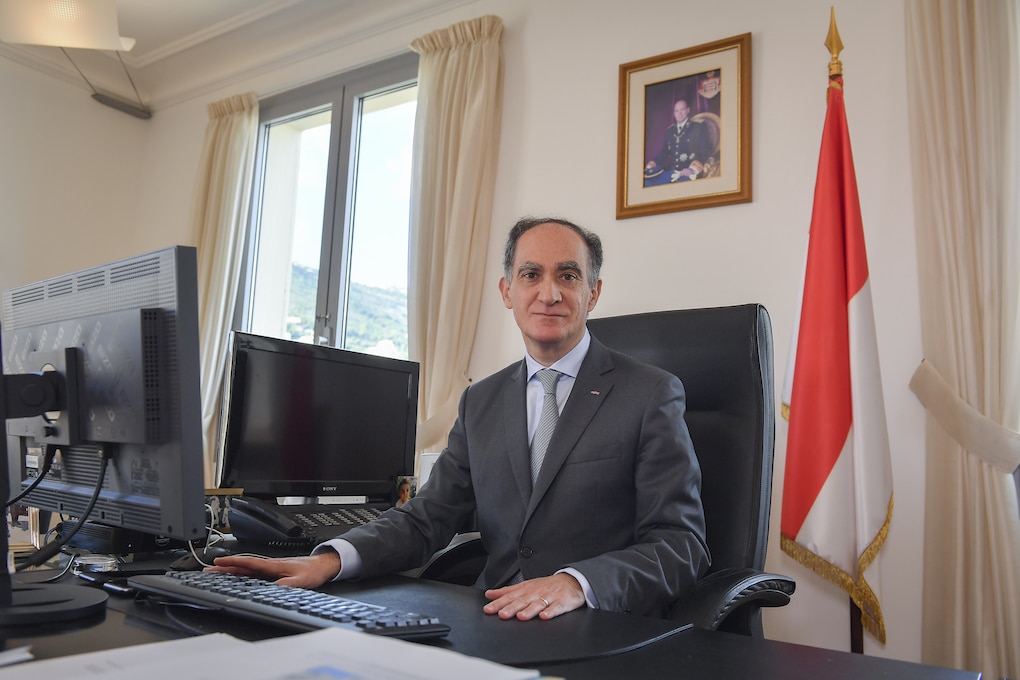 The Minister of Finance and Economy shared his views with us on the importance that the Principality places on innovation and outlined the different types of financial aid available for start-ups.

A small territory with big ideas. When we asked Jean Castellini, Minister of Finance and Economy, to share his vision of innovation, he gave a straightforward answer: “a tremendous platform in terms of image and communication to dispel certain preconceived ideas about Monaco.”

Because while internationally the Principality tends to be regarded as a purely tourist destination, Monaco has, in fact, much more to offer. This is illustrated by the numerous state schemes that have been supporting different companies for several decades, giving innovation a pivotal role at all levels.

Monaco wants to go further than mere financial aid. The aim is to provide step-by-step support to entrepreneurs – Monegasque or otherwise – who wish to set out on this adventure. Hence the creation of three structures: MonacoTech, Monaco Boost and Monaco Innovation Runway.

For five years now, MonacoTech, a “business accelerator incubator”, has been helping incubated start-ups to bring their innovative projects to fruition. “When MonacoTech was launched, we did not rule out any kind of “Tech”. I think this is what makes the most sense for Monaco, even if the last five years have led us to favour certain sectors over others, such as health (MedTech), or the environment (GreenTech)”, says Jean Castellini.

And with good reason: incubated companies have access to a space where they can exchange ideas and create synergies, but also benefit from valuable assistance, such as a financial subsidy to help them with early expenditure or the use of certain services free of charge, thanks to partnerships with the Ordre des Experts Comptables (order of chartered accountants) or with Monaco Telecom, the company that “spearheads” most of the innovative initiatives in the Principality.

Today, MonacoTech has no fewer than 45 incubated projects in total, around twenty of which are still at MonacoTech.

On the same premises: Monaco Boost. Created two years ago, Monaco Boost is more of a “greenhouse for Monegasque entrepreneurs”, according to Jean Castellini. “At MonacoTech, there is a stronger technology bias. At Monaco Boost, we welcome innovative companies that are mainly championed by compatriots”, he states. In just two years, 39 businesses have already been hosted there and Monaco Boost now employs a staff of 27 plus 17 work experience students.

“Monaco Boost is in the same premises as Monaco Tech, and this creates synergies between companies. Monaco Boost sometimes takes on MonacoTech’s “excubated” companies: it would be a shame to help incubated companies, finance them, allow them to develop and then lose them. They benefit each other, not necessarily in terms of business opportunities, but rather in terms of mentoring and experience sharing. It is very beneficial to be able to talk to each other and swap ideas”, explains Jean Castellini.

The latest of the three structures is the Monaco Innovation Runway, launched last July, which is intended to serve as a showroom for companies whose projects have been successful.

“The idea was to have a venue for demonstrating, promoting and showcasing innovation. Five years ago, we didn’t have people we could put in the spotlight. Today we do, and in a wide range of projects, such as health, eco-responsibility, marine technology, etc. They all deserved a showroom, a ‘shop window’ to showcase them”, Jean Castellini explains, mentioning that for the moment it is still too early to assess the operation.

The Minister remains confident, however. The Principality can congratulate itself on the success of MonacoTech and Monaco Boost:  “a hundred or so permanent jobs, in Monaco or abroad, have been created by the start-ups they have supported. Monaco’s economic structure benefits directly from this and ‘Made in Monaco’ innovation travels far afield,” he is pleased to state.

Of course, all these measures are backed by substantial financial support, which once again proves the Principality’s level of commitment to innovation, including internationally.

This second mechanism also works very closely with the public investment bank Bpifrance and its local representatives, via conventions. “This is an illustration of an initiative that extends beyond our borders, and involves local staff who are very familiar with the ecosystem that is conducive to the emergence, growth and development of businesses,” adds Jean Castellini.

And last but not least : Horizon Europe. Since 2019, this scheme has been providing Monegasque entities with the opportunity to participate in calls for Research and Development projects issued by the European Commission: “once again, we can see the close relationship between Monaco and France but also the European Union.”

Having been postponed due to the pandemic, Horizon Europe is now being launched. The first projects are due to be submitted to the European Commission by the end of the year. Three Monegasque companies appear likely to receive the financial support required to launch their project.

One last aspect, and a significant one at that, is the legislative framework, which seeks to keep pace with business needs. “The legislative and regulatory framework in Monaco today allows innovation to flourish. 20 of the 40 MonacoTech startups have already created a company, and 4 of those have created a Société Anonyme Monégasque (SAM).

These are more complex corporate structures that require more commitment in terms of capital. We are satisfied to see that it has been possible for these companies to have been created and to grow in Monaco, and that they can look to the future with some of the guarantees that creating a SAM provides. These companies have a history, and credibility”, says Jean Castellini.

A bill on company law is due to be introduced at the National Council in the near future. A project that plans to “fine-tune existing provisions, particularly for SAMs, and will undoubtedly introduce new corporate structures, such as the Simplified Joint Stock Company, which is often used and preferred by entrepreneurs and start-ups.”

In Jean Castellini’s view, the improvements must also bring about a simplification of certain procedures to do with company creation, but also a change of philosophy for Government financing of businesses, in the light of the health crisis. “One of the revolutions we have all experienced is remote working. We have seen how suited it is to an activity like business incubation. (…) We observed that for almost two years, a business incubation structure was able to carry on with entrepreneurs who were not there every day, if at all. This should make us think about how we support them, how we help them, financially or intellectually.”

The ability to adapt

Here again, the Minister is convinced: Monaco has a lot to offer businesses. “I think that in the field of innovation we can see the qualities that enable the Monegasque economy to grow steadily, and sometimes in sectors that we wouldn’t normally associate with the Principality. Monaco is more than a tourist destination: finance and real estate are two other mainstays, but again innovation is involved. This can be seen in the offshore extension project, which is innovative on environmental aspects in particular.”

“In Monaco, there is a great deal of flexibility, we can tailor solutions. The premises we used for Monaco Boost and MonacoTech were former industrial premises in Fontvieille, buildings that are around fifty years old. They have been completely transformed into facilities that are geared to the 2020s, and can allow innovation to flourish. We are constantly adapting, as Monaco Innovation Runway uses premises that we had not originally thought of as suitable for an innovation showroom, but which we were able to put to use. This adaptability is an asset for entrepreneurs and project leaders.”

Jean Castellini believes Monaco Telecom is the greatest example of the importance placed on innovation in the Principality: “it is one of our flagships in terms of innovation. When 5G was launched, or the 10GB fibre network, it was because we have this company in the Principality, spearheading innovation in its field. (…) Monaco is a land of innovation. I am certain that this initiative, as part of a more global approach, contributes to changing the image, the perception that some people have. It is possible to create innovative companies in an area of two square kilometres. This was true fifty years ago, and is still true today. The means involved are different but the support from the State is undiminished.”