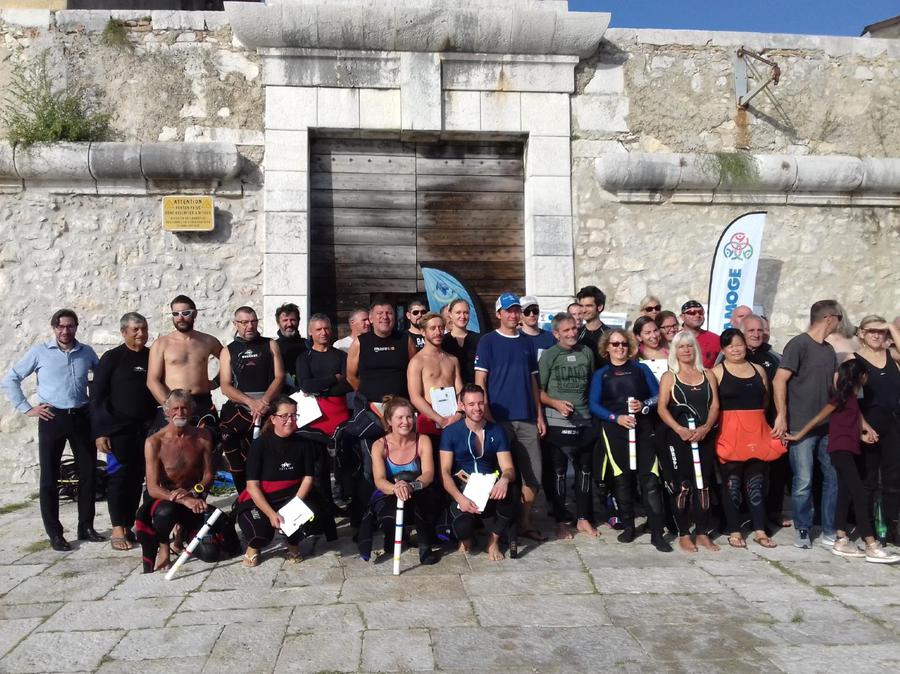 More than 40 divers voluntarily responded to the joint call made by RAMOGE, Villefranche-sur-Mer City Council and the Villefranche Sea Institute (IMEV). The call was made so as to carry out a census of the large mother-of-pearl (Pinna Nobilis).

This protected species, emblematic of the Mediterranean Sea, is endangered by human activities and in particular anchors to repetition. The area that was chosen, in the area known as “Rochambeau” west of the harbour of Villefranche-sur-Mer, is heavily impacted by the fairground anchorage.

The City Council has decided to carry out specific arrangements. This will soon prohibit anchorage outside the fixed mooring buoys.

However, about sixty broken shells, probably by the anchor of the boats, were observed as well. The collection of this information makes it possible to establish the initial state before protective measures are taken.

The organizers thanked all the volunteer divers, members of the associations Nausicaa-diving-Villefranche, Villefranche au Coeur, NaturDive and Rand’Eau Evasion. Not to forget Mr Jean De Vaugelas, scientific expert of this bivalve, present during the operation.