Monaco promotes Teaching and Understanding of International Law at the UN 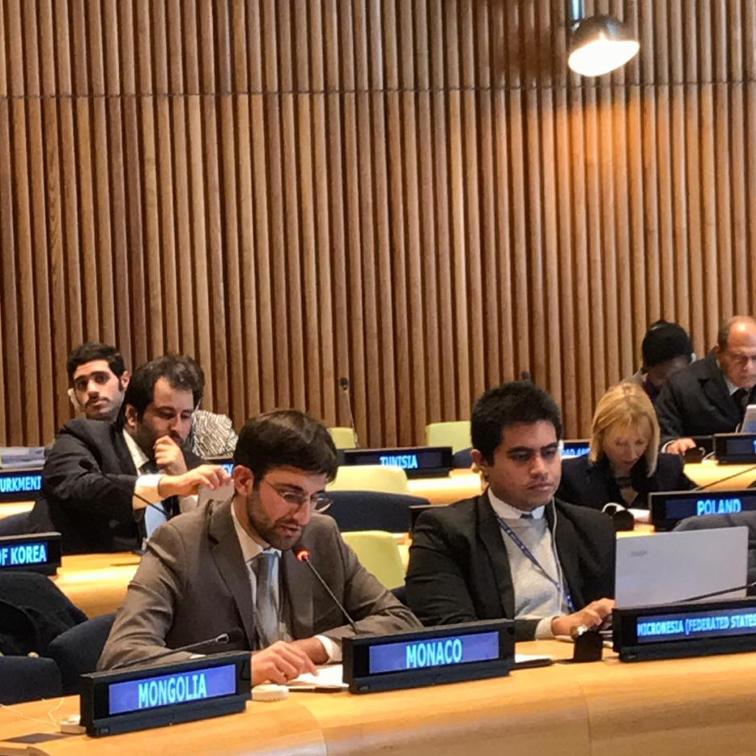 © Mr Florian Botto, Second Secretary at the Permanent Mission of Monaco to the United Nations in New York

As a part of the ongoing work of the United Nations General Assembly Committee (Legal Matters), diplomat Florian Botto, Second Secretary at the Permanent Mission of Monaco to the United Nations in New York, spoke in support of the study, teaching, dissemination and the understanding of international law.

As pointed out by Mr Botto, international law is one of the ways to strengthen international peace and security. Along with promoting friendly relations and cooperation among States. Even though communication technologies and information play an important part of our life, with each passing day, access to legal resources on the Internet, in all languages, remains a challenge in many countries.

At this meeting, Mr Botto recalled the support given by the Prince’s Government since 2003 to the UN’s “Amerasinghe Endowment.” This enables nationals of developing countries to improve and deepen their knowledge of the law of the sea, each year.

He also highlighted the role of the Institute for the Economic Law of the Sea (Institut du droit économique de la mer –INDEMER), which was established in 1985 in Monaco. This was done to so as to improve the dissemination of the law of the sea to French-speaking practitioners.