Day of festivities for the Holy Beard 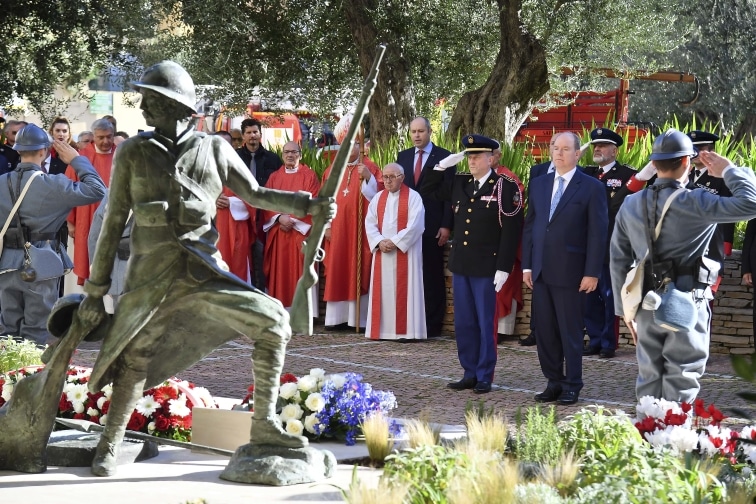 On December 4th, a day of festivities was organised by the Firemen of Monaco to honour Sainte-Barbe, their Patron Saint.

A religious ceremony at the parish of Saint-Nicolas, presided over by Father Penzo, chaplain of the Force Publique, was celebrated, in the presence of the Authorities, by Monsignor Barsi, Archbishop of Monaco, Monsignor Paris, Vicar General, Fabrice Gallo, Chancellor and Canon Di Leo, parish priest.

The church service was accompanied by the organist Franck Barbut and the voices of Manuela Zulberti (soprano) and Massimo Laguardia (tenor). On this occasion, the new Sainte-Barbe, carved in wood, received the blessing of Monsignor Barsi.

In the presence of S.A.S., the Sovereign Prince and the Minister of State and the Ambassador of France in Monaco, a bronze statue made in tribute to the Firemen of the Principality fallen in the field of honour during the World War 1 Place Campanin unveiled, close to the barracks of Fontvieille.

On the initiative of Colonel Tony Varo, former Chief of Corps and current Commander Superior of the Force Publique, with the support of the SOciete for the Copyright Law (SOGEDA) and the Direction of Urban Planning, this statue was commissioned to the Monegasque sculptor Blaise Devissi, who offered it to his country.

The statue, made on a human scale, represents a Fireman starting at the front. Taking one last look at the barracks, he rejoins France holding his rifle in his left hand and puts down his jacket and fire helmet with his right hand. On the ground remains his axe and a firehose.

The plaque bearing the name of the 14 firefighters who died for France during the World War 1 was placed next to this statue.

After the speech of the Chief of Corps, Lieutenant-Colonel Norbert Fassiaux, a “Little Soldier of Fire LEON” was offered to S.A.S the Sovereign Prince in memory of that day.

At the end of the afternoon, Colonel Fringant, who has ceased to serve as Commander-in-Chief of the Force Publique since September 2018 and who has been confirmed as S.A.S. Prince’s First Aide de Camp, presented his memory book, “The Ultimate Salvation of Colonel Luc Fringant”, to the NCOs of the Corps.

The traditional meal of Corps, in the presence of the old ones, ended the day.