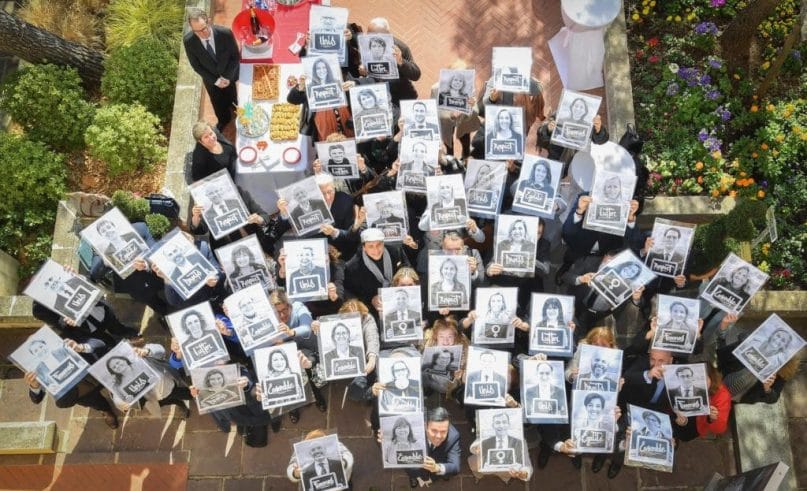 As an inauguration of International Women’s Day, this photographic work by Anthony Alberti, also known as Mr. One Teas, was displayed on the facade of the Ministry of State. The piece’s creation was thus shared across several platforms as well as on via social networks through the Government’s accounts under the hashtag #8MarsMonaco.

“I was keen to highlight the women and men of the Committee but also those I have met and have supported its work since its inception,” said Céline Cottalorda.

The portraits reveal the operation’s different actors, partners, and personalities representing the Monegasque institutional entities committed to supporting equality between women and men – the theme of March 8th’s celebrations. With each face comes a slate, chosen by the people photographed. Each slate bears an inscription: Together, March 8, United, Rights, Struggle, Equality, Respect, and Women.

Prince Albert II, as well as the Minister of State, the President of the National Council and the Mayor of Monaco also joined the initiative, lending themselves to the exercise of the black and white portrait for the # 8MarsMonaco operation.