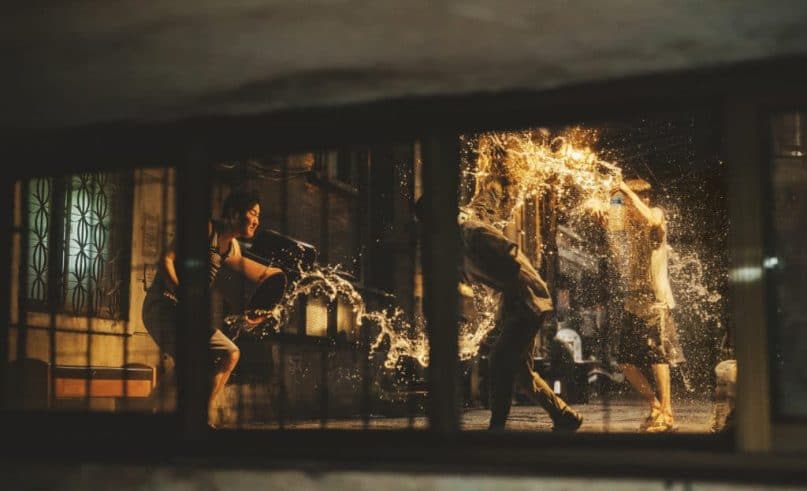 After a 2019 competition of the highest level, the Cannes Film Festival has delivered its prize list. The jury, chaired by Alejandro González Iñárritu, crowned Parasite by Bong Joon-ho, and distinguished, on the performance side, Antonio Banderas and Emily Beecham.

Parasite has received the Palme d’Or. Bong Joon-ho’s film (The Host, Memories of Murder, Snowpiercer), narrating a fantastic story of private lessons turned sour, will be seen in theaters in France starting on June 5th. The precious prize was presented to the filmmaker by Catherine Deneuve. For his part, the French-Senegalese director Mati Diop leaves the Côte d’Azur with the Grand Prix for Atlantic, a touching story of young Dakarese wishing to leave their country using makeshift boats. Actress Emily Beecham was awarded the Best Actress Award, honoring her role in Jessica Hausner’s science-fictional UFO, Little Joe. The comedian Antonio Banderas, the hero of Pain and Glory, Pedro Almodovar’s film, received the Best Actor Award.

An eclectic collection of winners

The Caméra d’or, distributed to the best first film among all of the festival’s categories, honored Nuestras Madres by Cesar Diaz, a feature film in Guatemala that was originally presented at Critics’ Week. Portrait d’une jeune fille en feu, written and directed by Céline Sciamma, was hailed with the Screenplay Award. The Jury Prize was awarded to Les Misérables by Ladj Ly and Bacurau by Kleber Mendonça Filho and Juliano Dornelles. A special mention was given to Elia Suleiman, the famous Palestinian director, author this year of It Must Be Heaven. Regarding the director’s prize, the Dardenne brothers were rewarded for Le Jeune Ahmed, a new prize in a career already marked by two Palmes d’Or, a Grand Prix, and a Screenplay Award.

The future of the profession is assured, as evidenced by the success of The Distance Between Heaven and Us, directed by the Greek filmmaker Vasilis Kekatos, winner of the short film Palme d’Or.