“Flowers for the Bees”: the French Observatory of Apidology visiting the Princess Antoinette Park 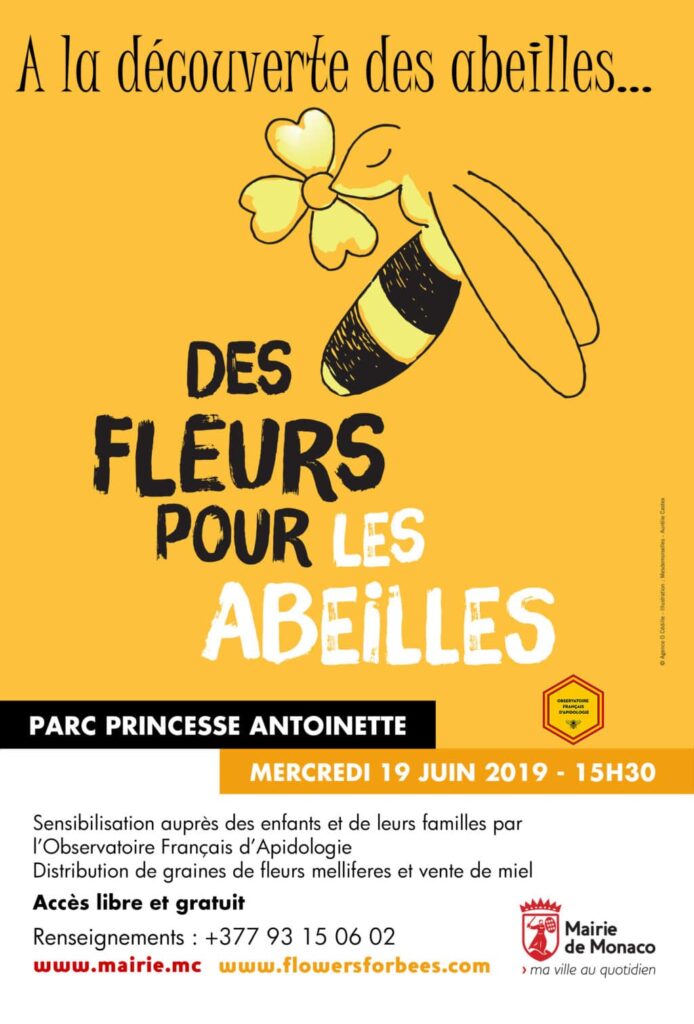 As part of its campaign “Flowers for Bees 2019”, the French Observatory of Apidology will intervene at the Princess Antoinette Park on Wednesday, June 19 from 15:30, at the Zen Space. Stakeholders will distribute honey flower seeds (plants producing nectar essential for bee feeding) as well as information flyers. The beekeeper will also offer his honey for sale.

The intervention is mainly aimed at children in order to make them aware of the stakes of saving bees.
Free admission.

Duration of the intervention: approximately 1h.

Located in the Var at the foot of the Sainte Baume, the French Observatory of Apidology (OFA) is a non-profit law 1901 non-profit organization declared of general interest. Their mission is to act in favour of restocking and the safeguarding of bees. It includes an experimental beekeeping herd for breeding, a research centre and a vocational training centre. He proposed to the European Parliament a target of 30,000 new beekeepers in Europe and the creation of 10 million new bee colonies by 2025.