The Principality joins the BreatheLife network 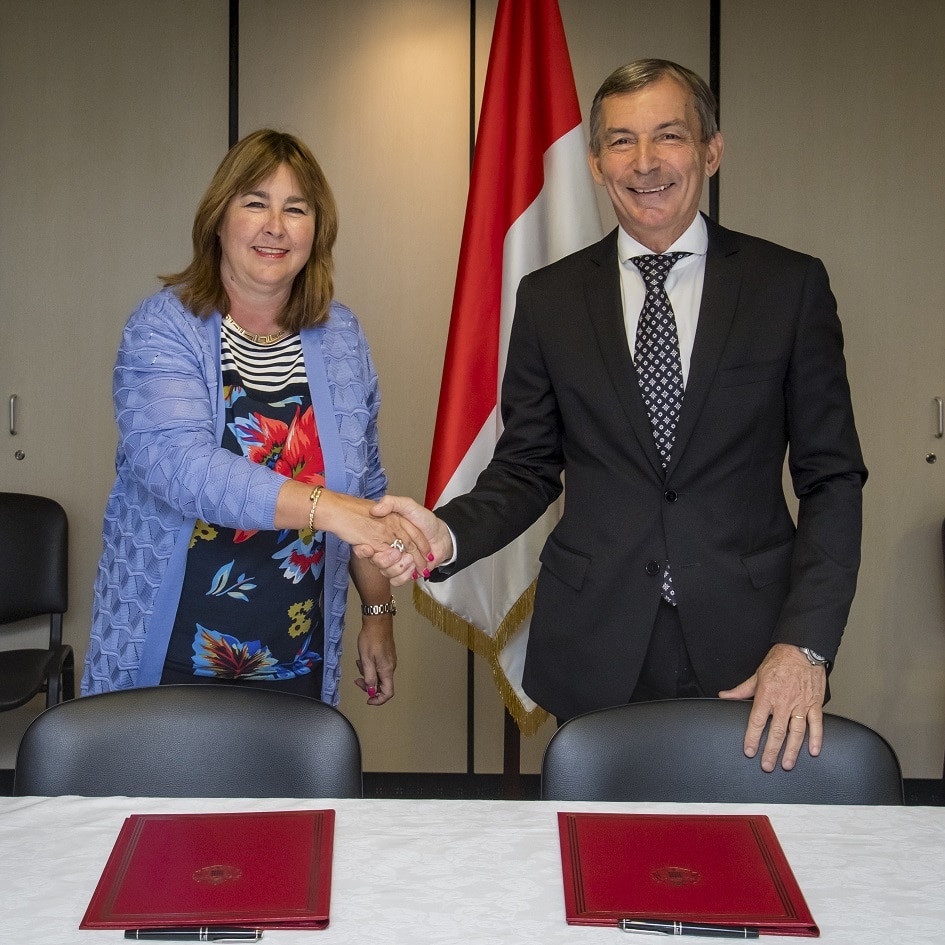 As part of the “World Environment Day” dedicated this year to air pollution, Marie-Pierre Gramaglia, Councilor of Government – Minister of Equipment, Environment and Urbanism and Didier Gamerdinger, Government Counselor – Minister of Social Affairs and Health, signed, on behalf of the Prince’s Government, the letter of membership to the BreatheLife network of the World Health Organization.

In October 2018, Prince Albert II announced that the Principality of Monaco was associated with the BreatheLife Campaign. It is led by WHO, UN-Environment and the Coalition for Climate and Clean Air (CCPA). This initiative aims to mobilize all stakeholders to reduce the impact of air pollution on our health.

By joining the BreatheLife network, Monaco is committed to improving air quality by achieving the goals set by the World Health Organization by 2030. By promoting the use of clean vehicles, reducing emissions from buildings, related to heating or air conditioning, limiting the amount of waste incinerated and promoting alternative energy sources such as thalassotherapy.

Marie-Pierre Gramaglia said: “We can clearly see the convergence between the actions carried out in the framework of the Energy Transition on mobility, waste and energy and the health objectives in the fight against pollution of the environment.”

“It is no longer a question of whether air pollution has an impact on health; it is a question of acting in a determined manner for a healthier air. Everyone must take part.” Didier Gamerdinger said.