To the moon and back via the Grimaldi Forum 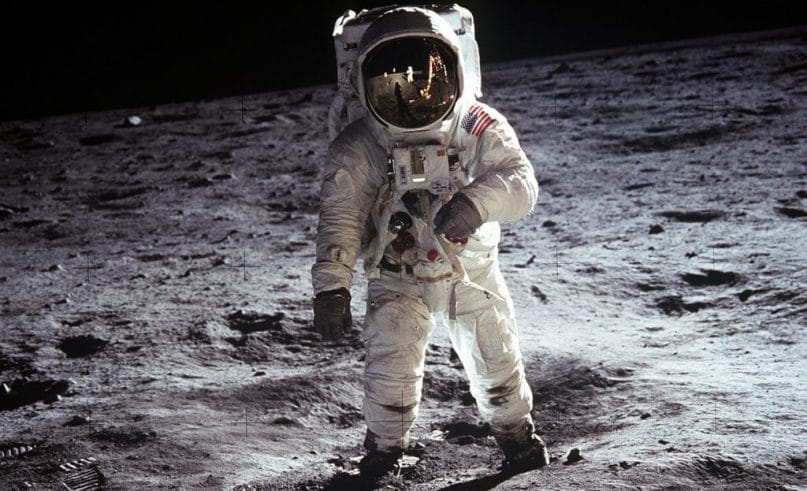 © To the moon and back via the Grimaldi Forum

Monday, June 17th, from 6 pm to 8 pm, the Monaco Grimaldi Forum will screen the documentary film Apollo: Missions to the Moon. The cinematic exposé is an opportunity to relive man’s first steps on the lunar plane nearly fifty years after its happening.

On July 21, 1969, Neil Armstrong left the rocket Apollo 11 to land on the moon, becoming the first man to walk on our natural satellite. The first steps were followed worldwide via television and was watched by more than 600 million spectators. Fifty years later, it remains an event worth celebrating. This will be the case on June 17th and where better to do so than the tech-oriented Monaco Grimaldi Forum.

From 6 pm to 8 pm, the world premiere of Tom Jennings’ Apollo: Missions to the Moon documentary will take filmgoers around this lunar adventure using exceptional archival and behind-the-scenes footage, not to mention exclusive interviews with Neil Armstrong and Buzz Aldrin. The director also combed through more than 800 hours of video footage from NASA, which served as a primary material for the film, requiring meticulous technical work to make the spectator feel immersed with the astronauts aboard Apollo 11. The screening will be followed by an exchange with the public, between spectators of the original mission and curious young people who will discover an important page in our space-bound history.