Unidirectional layout of the Larvotto boulevard 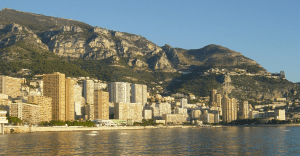 As part of the Testimonio II operation, which will see, in particular, the construction of 336 state-owned dwellings, work on the networks (water, telecom and electricity), will entail a modification of the traffic pattern on Monday, July 29 from 7:30 to Friday, August 23 at the end of the day.

In order to limit the impact on traffic flows, the single-use Larvotto boulevard has been favoured over the halfway house.

In order to optimize the movement of traffic in and out of the Principality, this one-way approach has been sequenced as follows:

• From 07:30 to 11:30 traffic will be allowed in the direction Menton to Monaco, to facilitate the flow into the Principality.

• From 11.30 am to the following day at 07.30 am, traffic will be allowed in the direction of Monaco to Menton, in order to facilitate the outgoing flow of the Principality.

On Saturdays and Sundays, traffic will be allowed in the direction of Monaco to Menton.

During the long weekend of mid-August between Thursday 15 and Monday 19 at 07:30, traffic will be allowed in both directions.

Throughout the duration of the works, access to the residences and buildings of Larvotto boulevard will be maintained. The entrances and exits of the public and private car parks will be carried out with respect to the direction of circulation.