100% electric buses coming to the Principality 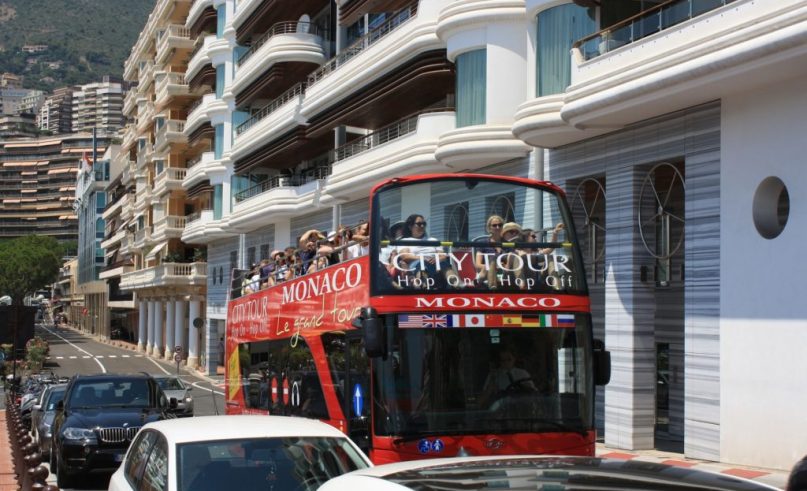 © 100% electric buses coming to the Principality

A yellow and blue bus appeared at the beginning of the week on line 5 linking the hospital to Larvotto. The bus’s particularity other than its color? The use of electrical energy to transport passengers. Its operation is in the test phase until November 8th before giving way to other models.

Loaned by the municipality of Sète, this colorful bus will not fail to surprise the line’s regulars. 9 meters long, it is especially the capacity of its electric motor that interests the city of Monaco. Indeed, its first tests are to check if the electric vehicle manufactured by the Polish company Solaris fits the city’s layout well. For now, riders appreciate a smoother ride and a decrease in the jolts and stops of the traditional buses. The battery life remains to be measured and the logistics of recharging.

A goal of 45 electric buses

Currently, the Principality has a fleet of hybrid buses combining electric power and diesel fuel. The government’s wish is to transition to a 100% electrical solution for all 45 vehicles. For starters, the Solaris manufacturer is the first tested. At the end of October, buses from the Chinese brand CRRC will be deployed in the city. Then, it will be the turn of the Spanish company Irizar to submit their models to the test on the roads of Monaco. Obviously, replacing a fleet of buses for an entirely electric range is a major investment. With a cost of about 600,000 euros, the various models offer a lifetime of a dozen years.