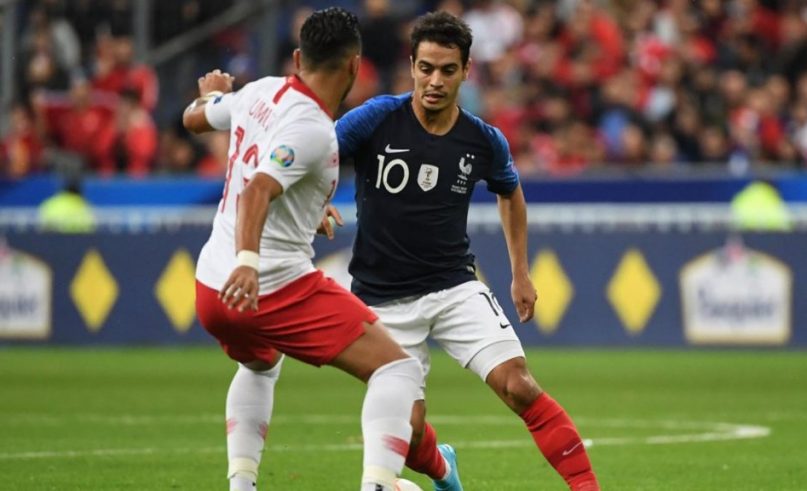 Despite a lackluster performance, France beat Moldova yesterday at the Stade de France (2-1) and qualified for Euro 2020. If Wissam Ben Yedder did not come into play, the former Monegasque players Thomas Lemar and Kylian Mbappé, took part in this match. Didier Deschamps is expected to rotate his squad next Sunday night in Albania.

Admittedly, Lloris, Matuidi, Pogba, and Hernandez were absent, but no spectator imagined that a victory against the modest Moldova football side would have been so hard-fought. Trailing by a goal conceded in the 9th minute (Lenglet’s poorly directed header was capitalized on by Rata who beat a confused Mandanda), the French team returned to tie the game before half-time thanks to Varane. In the second half, les Bleus leaned on a penalty obtained by Digne and converted by Giroud to take the lead (2-1, 79th). France will play the upcoming Euro 2020 tournament, and that is what is essential.

In the field, Olivier Giroud was in attack alongside Kylian Mbappé and Antoine Griezmann. Didier Deschamps did not include Wissam Ben Yedder in the rotation. On Sunday, for the last qualifying match that will take place in Albania, the French coach could start the French striker and give a rest to Mbappé or Griezmann. Brilliant at the moment (9 goals in Ligue 1), Ben Yedder has set the personal goal of playing the Euro 2020. The good news for him is that France is now certain to participate!