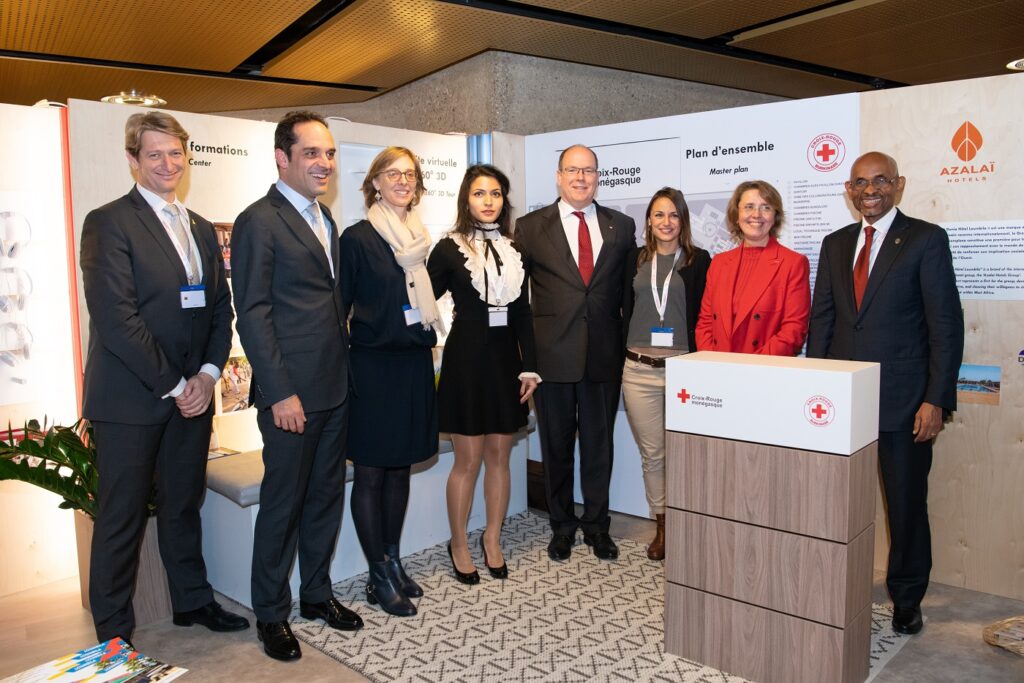 Heading a Monegasque delegation composed of representatives of the Prince’s Government and the Monegasque Red Cross, the Sovereign Prince attended the opening ceremony of the XXXIIIrd International Conference of the Red Cross and Red Crescent, which is currently being held in Geneva until 12 December 2019, on Monday 9 December 2019.

This year’s theme is “Acting Today to Shape the World of Tomorrow”. This quadrennial conference brings together the entire Red Cross Movement (national societies, the International Committee of the Red Cross (ICRC) and the International Federation of Red Cross and Red Crescent Societies (IFRC)) and the States Parties to the Geneva Conventions (70 years old this year) to reflect and take decisions on major humanitarian issues.

At the opening ceremony, Ms Carole Lanteri, Ambassador, Permanent Representative of Monaco to the United Nations Office at Geneva, was elected Chairperson of the Commission entitled “IHL as an instrument for the protection of persons in armed conflict”. This election, a first for Monaco, is a sign of confidence by the entire Movement in the Principality and recognition of its commitment to strengthening respect for international humanitarian law.

On this occasion, the Sovereign Prince inaugurated, in the presence of Mr Frédéric Platini, Secretary-General of the Monegasque Red Cross, the stand run jointly by the Monegasque Red Cross and the Burkina Faso Red Cross, presenting the process of transforming the Monaco Pavilion at the Milan Universal Exhibition (2015). Completely dismantled and reassembled at the Loumbila site near Ouagadougou, the building now serves as a multi-purpose training centre for the Burkinabe Red Cross.

Finally, on the sidelines of this event, Prince Albert II visited the IFRC’s new premises, whose centenary is being celebrated, and met with the President of the Federation, Mr Francesco Rocca, and it’s Secretary-General, Mr Elhadj As Sy.